"Is she literally drunk? I'm not even joking you guys, she sounds wasted!" Wilmore said. 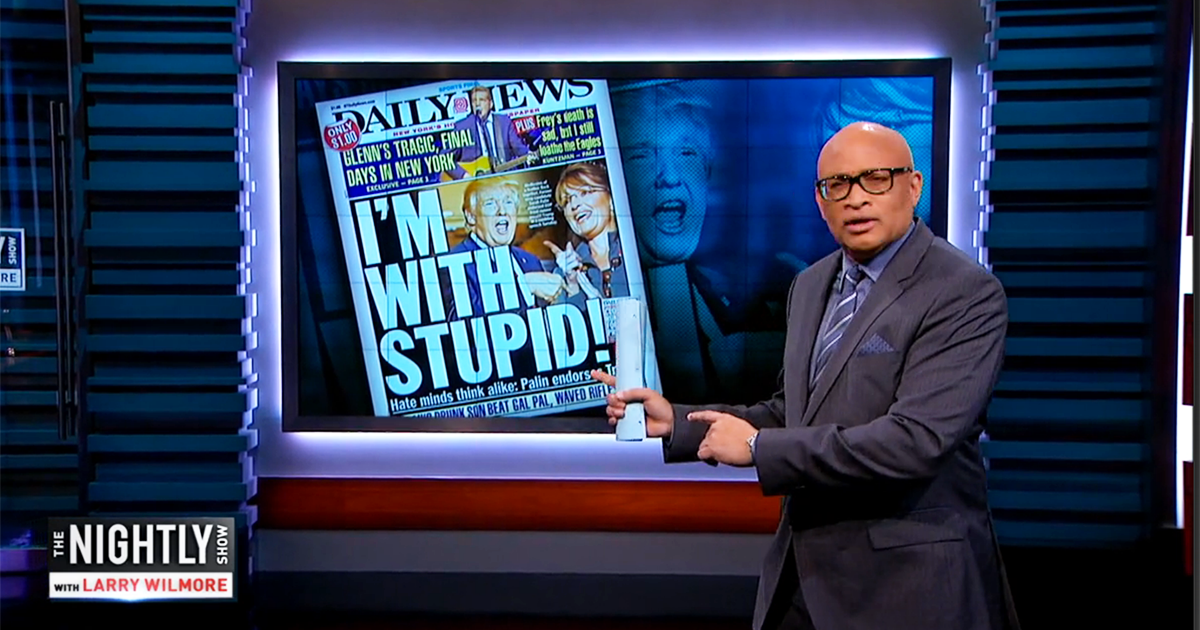 The New York Daily News cover photo read "I'm with Stupid" this morning, showing the photos of Donald Trump being endorsed by Sarah Palin. Larry Wilmore was confused as to which one they were talking about when he started Wednesday evening's "Nightly Show."

"Right-wingin, bitter-clingin, proud clingers of our guns, our God and our religions and our constitution" might have been what Palin said struggling to find a coherent sentence, but Wilmore thought she was flat drunk. "Is she literally drunk? I'm not even joking you guys, she sounds wasted!" Wilmore said. "That's not even a word salad. That's like a word Chipotle burrito bowl with extra E.coli thrown in."

The two on stage together was certainly a strange sight to behold. "These two empty vessels. I don't even know how to explain the implications when you get that much emptiness that close together," Wilmore said. the confusion was so great that Wilmore needed a scientist to explain it to him.

Check out more political sciencing explanation in the video below: