David Brooks gets this wrong, too: He misses his own complicity in letting the GOP run off the rails 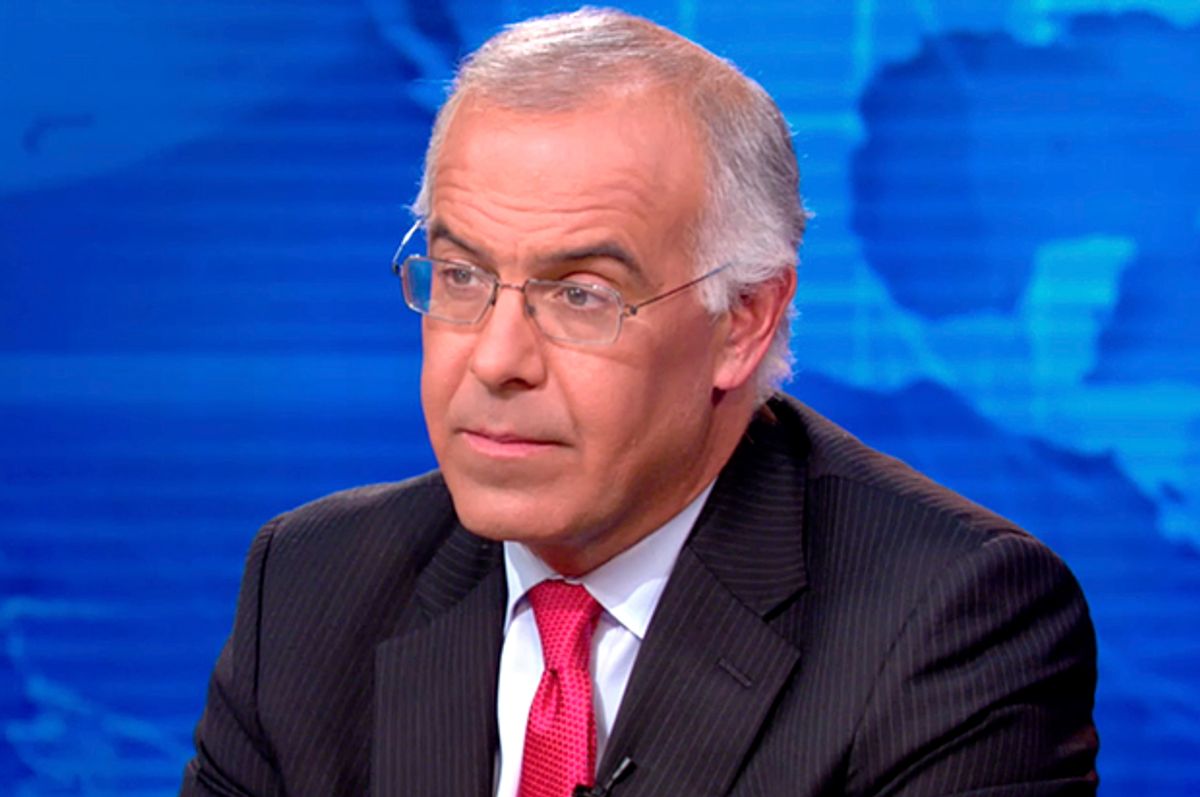 When I cornered the paleoanthropologist Richard Leakey to ask him about the elephant that had once chased me but had let me go, he responded, “The elephant wasn’t interested in you.” Though clearly anxious to get away after his talk at the National Geographic Society in Washington, D.C., he had heard out my tale of how it had stopped once I fell, allowing me to disencumber myself of equipment, get up and run off without being chased. “The elephant simply wanted to examine your cameras.”

I wasn’t important to the elephant. The terror I had felt, the fear, the certainty that I was about to die and the hope that it would be quick and without too much pain meant nothing to it. I wasn’t important enough for it to have any feelings at all about me. It wasn’t demonstrating its power or considering me at all.

After it had happened, I had indeed recognized this. I felt no need to act against the elephant, to exact revenge or to advocate catching it or killing it as “rogue.” Leakey only put into words what I already knew.

In “Shooting an Elephant,” George Orwell looks at another side of this, describing the pressure he had felt in Burma when an elephant there killed a local man:

I glanced round at the crowd that had followed me. It was an immense crowd, two thousand at the least and growing every minute. It blocked the road for a long distance on either side. I looked at the sea of yellow faces above the garish clothes-faces all happy and excited over this bit of fun, all certain that the elephant was going to be shot. They were watching me as they would watch a conjurer about to perform a trick. They did not like me, but with the magical rifle in my hands I was momentarily worth watching. And suddenly I realized that I should have to shoot the elephant after all. The people expected it of me and I had got to do it; I could feel their two thousand wills pressing me forward, irresistibly.

To Orwell—and, to his credit, he understood this—the elephant had to become, simply, a thing. Or rather, he had to look at it that way (though, as he writes, that was difficult for him, if not impossible in the long run).

At the end of the essay, Orwell makes his sad point: “I had done it solely to avoid looking a fool.” Orwell’s political activism arose in part because of the understanding that grew within him during his time in the Burmese police about power and the reasons behind its actions–including not looking foolish, something that endangers power.

In The New York Times this week, David Brooks writes about “Shooting an Elephant”:

In his essay nobody feels like they have any power. The locals, the imperial victims, sure didn’t. Orwell, the guy with the gun, didn’t feel like he had any. The imperialists back in London were too far away.

Brooks misses Orwell’s point—not surprising, for Orwell was writing from a leftist stance diametrically opposed to the conservative ideology Brooks long ago rallied to and, for all of his protestations, stays true to. Orwell did have power, and he acted on it. And he knew it. Power, Orwell understood (and this is something Brooks ignores), has one overriding need—and that is to protect itself. Orwell had protected his power–and did not like it.

Running away from my own elephant, I had headed toward a group of people watching from about 100 meters away. As I neared, they did not run, so I knew the elephant was no longer after me. They welcomed me, asked if I were OK, and we all turned to watch as the now-distant elephant lifted each of my cameras, tasted them, then grabbed my bag by the handle, twirled it around, and threw it. The elephant had been heading back into the forest after attacking one of their grain storage huts; it continued on its way and we all went home. Powerless but, at least, we had survived.

A year or so after I left Togo (I’d been there as a Peace Corps Volunteer), government instability had enabled the people of that area to act on their own. They smuggled rifles in from Ghana and killed the entire herd of elephants living in that forest (about 40 of them). The forest was a reserve that had been created by evicting the population of twelve villages. The people had been living in the surrounding area; now, finally, they had seen a chance for re-establishing their homes. Seeing a chance for empowering themselves, they took it.

many people who feel powerless come to feel unworthy, and become complicit in their own oppression. Some exaggerate the weight and size of the obstacles in front of them. Some feel dehumanized, forsaken, doomed and guilty.

He claims to get this from “psychological research,” but I don’t think Brooks understands the complexities of his subject.

Let me explain: The people in the village where I was stationed knew I was fascinated by elephants even before the one charged me. One day, a fellow bicycled furiously up to animal-traction training center where I worked, telling me that an elephant had fallen down near a village a couple of kilometers away and couldn’t get up. I jumped on my motorcycle and hurried over. A crowd had gathered; a couple of the men were trying to get ropes around the body of the animal but, though on its side, it had strength enough to lash out at them. Eventually, they succeeded, but no amount of pulling seemed to help it get to its feet. Finally someone drove up in a road grader with a powerful diesel engine. The ropes were attached to its frame. They snapped and the crowd groaned. More ropes, and finally the elephant was able to stagger to its feet. The crowd cheered. The elephant, wobbling a little and clearly quite ill, started to walk away.

A few hours later, I heard what happened after that.

Someone had called the authorities in the nation’s capital hundreds of kilometers away. A plane was sent north, carrying an oligarch with a rifle. He sped in a waiting car to the forest where the elephant stood, sick and confused, and shot it. A man who watched related the story to me, horrified, as was everyone in the area—people who would, just a couple of years later, themselves be part of shooting elephants.

Power is complicated, and so is action. And so are human feelings regarding both. It depends, we find, on perspective.

What Orwell understood… and understood far beyond this one particular essay… is the complicity of power and action and his own role in it–and this is part of the reason he stepped away from it. He could no longer act from the inside perspective. This is what Brooks misses. He wrings his hands and tells us what we should do to ameliorate our current political situation but he never admits that he, too (like all of us, sometimes, like Orwell once had), has taken the power he has and has acted poorly to keep from seeming the fool.