Donald Trump represents an America that is literally disappearing

It's important not to lose sight of what's driving the most unlikely of presidential campaigns: Fear 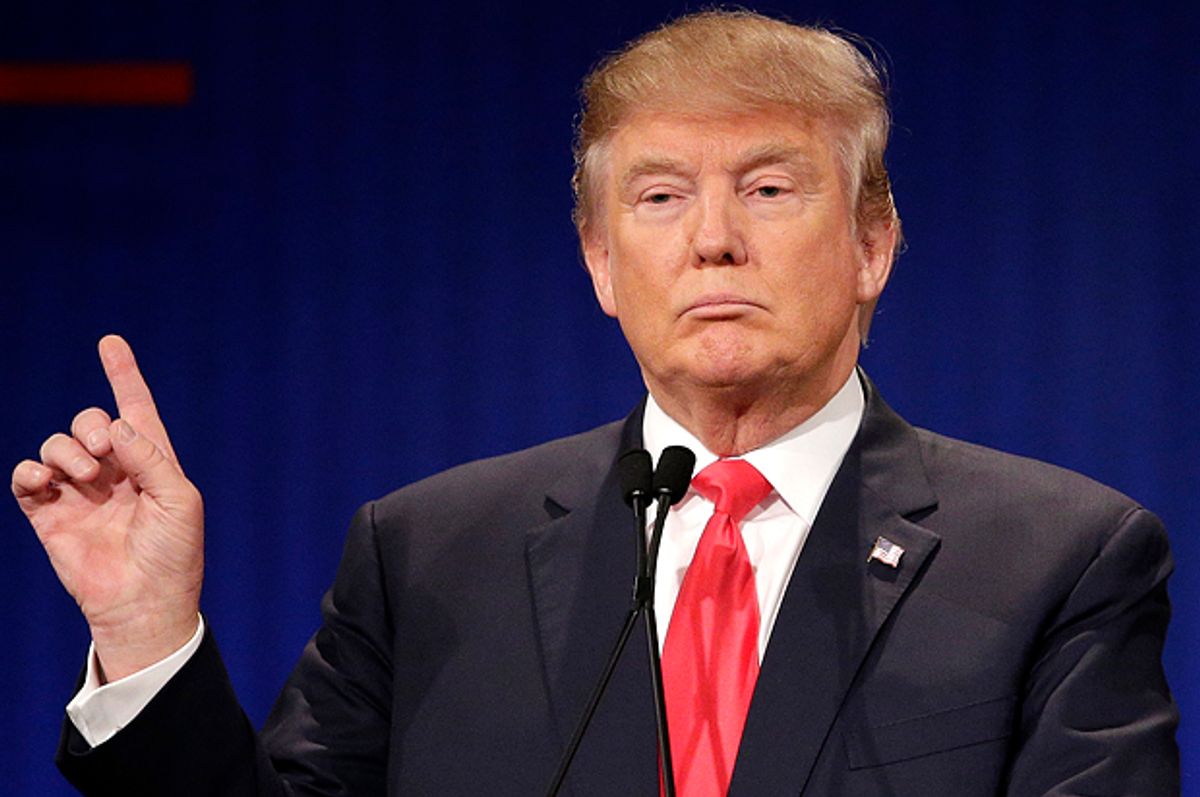 Amid the great cacophony of political punditry these days, something that's to be expected as we hurtle toward the first primary contests of the 2016 elections, Ronald Brownstein of The National Journal has been doing some of the most interesting analysis of the political landscape. Leaving aside all the interesting, and I suspect important, contributions of TV celebrity, financial incentives in the media, a long simmering feud between the party regulars and the Tea Party insurgents and more, Brownstein has been focusing on American demographics and how and why they're breaking the way the are in this race.

He's been interested in this for a while and wrote an important analysis of the stakes for the GOP going forward in the wake of the Romney defeat. In September of 2013 he wrote "Bad Bet: Why Republicans Can’t Win With Whites Alone." In that piece he looked at the fact that President Obama had won reelection quite handily by getting the smallest share of white voters of any presidential candidate in history. He wrote:

It appears that the party faithful made this decision for them. As much as the establishment may have wanted them to vote for a young Hispanic senator or an elder statesman married to a Mexican American in the hopes of boosting their share of the Latino vote, they are having none of it. In fact, the front-runner of the party for six months now is a man whose candidacy has made it abundantly clear that many Republicans loathe and despise foreigners and ethnic and racial minorities. They're going with the 1984 strategy.

As this campaign has unfolded, Brownstein's been looking at both parties' coalitions to try to suss out what's really driving the delusional impulse among the rank and file to circle the wagons. Looking through the crosstabs of various polls he has found that the Trump vote is a very specific sub-set of Republican voters: working class whites without a college education, even those who identify as evangelicals. He wrote:

Craig Robin­son, founder of The Iowa Re­pub­lic­an web­site and former polit­ic­al dir­ect­or for the state GOP, said Trump’s strength with these work­ing-class evan­gel­ic­als “doesn’t sur­prise me at all. He def­in­itely has this ap­peal to the hard-work­ing blue-col­lar little guy.” As for Cruz, Robin­son ad­ded, “I don’t think he’s a lock at all” for these voters.

It's possible that a lot of these white conservative working class types identify as evangelical as much for tribal reasons as religious commitment. Studies indicate that church attendance among this cohort has fallen rather dramatically over the past four decades:

Monthly church attendance by moderately educated whites – defined as those with high school diplomas and maybe some college – has declined to 37 percent from 50 percent, according to the study co-authored by sociologists W. Bradford Wilcox of the University of Virginia and Andrew Cherlin of Johns Hopkins University.Church attendance by the least educated whites – defined as those lacking high school diplomas – fell to 23 percent from 38 percent.

“My assumption going into this research was that Middle America was more religious and conservative than more educated America,” said Wilcox, in an interview with MSNBC. “But what is surprising about this is that, when it comes to religion as well as marriage, we find that the college-educated are more conventional in their lifestyle than Middle Americans.”

This would explain why so many Trump voters don't care about his "New York values." And they agree wholeheartedly with The Donald about the root cause of the problem: immigrants, Muslims, racial minorities and elites who "don't know what the hell they're doing."

Brownstein explains that the notion of making America great again literally refers to a lost paradise where conservative values and culture were dominant:

The two dif­fer­ent Amer­icas em­bod­ied by the parties are out­lined by race.

Of course they are. He points out that in 2012 whites accounted for 90 percent of the GOP primary and general election vote and the last time whites were 90 percent of the country was in 1960. Those were good times for white men, for sure. For everyone else not so much. Today people of color equal just over 37 per­cent of Amer­ic­ans and are on track to be a majority in the next 15 years.

White Christians (whether sincere or not) make up 69 percent of Republicans. There haven't been that many white Christians in America since 1984, the year they ran the table with 49 states and which Karl Rove pointed out they have to repeat if they fail to attract anything but white voters. They represent just 46 percent of the population these days.

They'd also like to go back to the 90s. Brownstein writes:

Sim­il­arly, data from Pew’s re­li­gious-land­scape study shows that nearly three-fifths of Re­pub­lic­ans are mar­ried—a level last reached in the over­all adult pop­u­la­tion in 1994. Today just un­der half of Amer­ic­an adults are mar­ried. Among Demo­crats, the num­ber is lower still: barely over two-in-five. Like­wise, the share of Re­pub­lic­ans who live in a house­hold with a gun (54 per­cent) equals the share in so­ci­ety over­all in 1993. Since then, gun own­er­ship among the gen­er­al pop­u­la­tion has dropped to about 40 per­cent, while fall­ing even lower (around one-fourth) among Demo­crats.

That gun statistic is surprising. But it explains why it has become such a totem of right wing conservatism. In fact, all these issues are symbols of a white America that no longer exists -- at least to the white people who feel threatened by the fact that their culture is changing.

Brownstein's statistics boil down to this:

Nobody is telling these Republicans they can't be married or Christian or own guns. But they are having to share the culture with people who don't have those same values and they don't like it. The ones who like it least are obviously the Trump voters, those non-college educated, less devout white people who are mad as hell about all this. They want action--- deportations, walls, closed borders, law and order. They want to make American white again.

But that's not going to happen. These demographic changes are irrevocable and the social progress that's been made is not going backwards. We are not going back to 1960 or 1984 or 1997. But that does not mean that the cultural traditions and values that conservatives hold dear will disappear. As Brownstein says, "at its best, the U.S. has al­ways re­for­mu­lated both its pub­lic policies and so­cial mores to re­fresh its old­est tra­di­tions with its con­tem­por­ary real­it­ies."

But it looks as though we're in for a bumpy ride. The way the parties are divided means that for the moment, neither is able to build an enduring dominant governing faction and the Republicans are so lost in their nostalgia for the old days that they cannot compromise or cooperate. Until the diverse Democratic party achieves majority status or the Republicans accept the future and realize that tolerance for differences among their fellow citizens does not mean they must give up their own values, this battle is going to continue.