Hillary is no lock in Nevada either: Bernie threatens to steal another key primary

The state's most influential union is yet to offer Clinton its endorsement, and it could prove costly next month 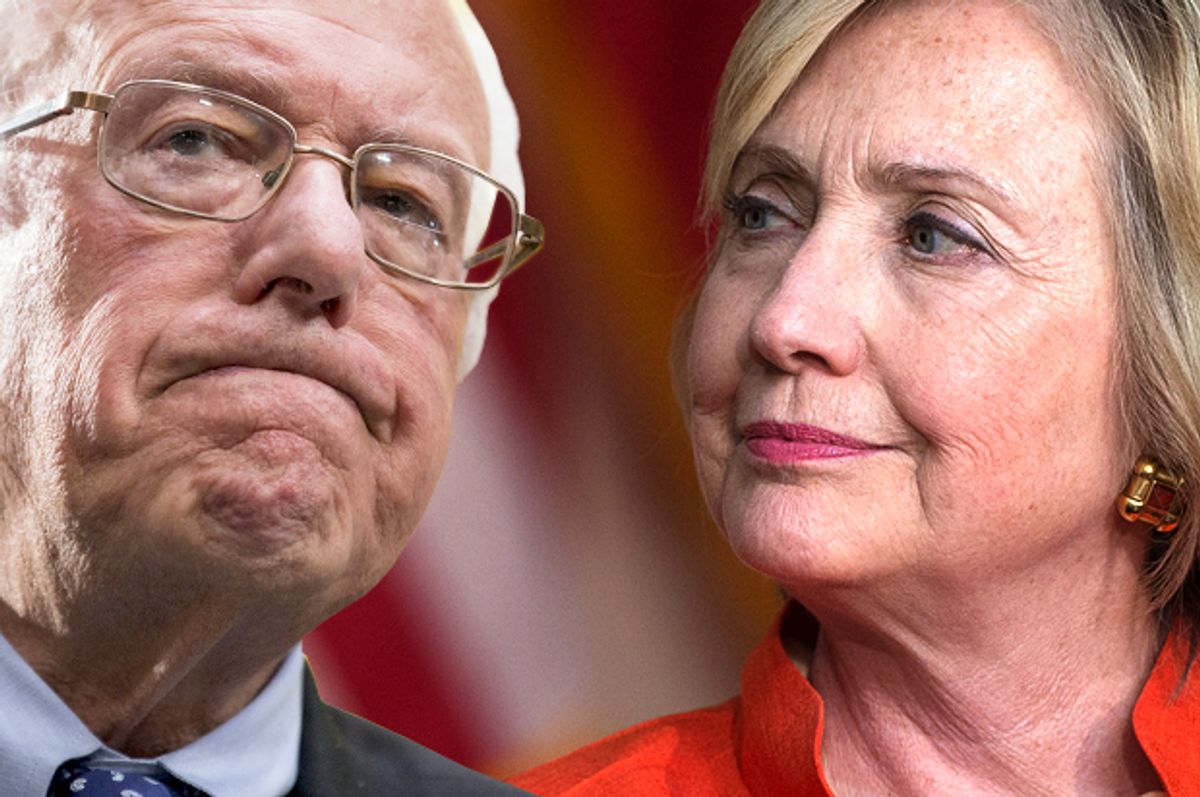 If Clinton loses the Iowa caucuses and New Hampshire primary as many are predicting—due to Bernie Sanders’ surging supporters in Iowa and rising poll numbers in New Hampshire—then the nation’s third Democratic contest, in Nevada, becomes even more critical to show she is back on her feet.

But news from Nevada, the third state to vote and the West’s first state to hold a presidential nominating event, are showing the odds are not stacking up in her favor, even though she had a 20-point lead in Christmas polling.

One of Nevada’s biggest and most politically active unions, Las Vegas Culinary Workers Union Local 226, has opted not to make an endorsement in the party’s 2016 caucuses on February 20. The union's executive board adopted a resolution saying they would focus on mobilizing members for the November election instead.

"In Nevada specifically, the Culinary Union is going to spend the next six months building our strength for the general election," their statement said. "We will register 10,000 more of our union members to vote. In addition, we will remove the barriers for 2,500 of our members to become citizens and register to vote this year."

"We will work with our entire membership to be ready to mobilize in November," it continued. "No organization in Nevada represents more Latinos or more African Americans, and as we did in 2008 and 2012, we will turn out tens of thousands of people to vote."

The union officials also said that it was too early in the process to take sides with candidates.

"During this preparation phase, we will not be endorsing in the Presidential Primary," they said. "Any local endorsing in the primary will be weighing the candidates’ positions on the key economic justice issues for our union: Supporting the right to organize unions, committing to comprehensive immigration reform, and fighting for good healthcare for all."

No matter how you parse it, this is not what the 2016 Clinton campaign wanted to hear, which is perhaps why it has dispatched former President Bill Clinton to Nevada for events on Thursday.

The non-endorsement is not exactly a surprise, given a long history of frayed relations between the Clintons, the Nevada Democratic Party and Culinary union members dating to 2008, when the union endorsed Barack Obama before the primary.

“Indeed, the ’08 hangover, when the Culinary embraced Barack Obama and the Clintons went ballistic (Bill even called then-MGM Chairman Kirk Kerkorian to complain about casino caucus sites), appears not to have healed,” wroteRalston Reports. “There is bad blood there, made worse by Clinton beating the Culinary in the caucus (but then losing the delegate fight).”

Actually, it was worse than that. In 2008, the Democratic Party created special caucus sites at major Las Vegas casinos so workers could break and participate. The party was so pro-Clinton, however, that this reporter witnessedparty officials trying to block some casino workers from attending: they said the casino sites were reserved for people who were working that day, not for people who had taken the day off to caucus. That was the most overt polling place voter suppression incident Alternet witnessed in 2008.

The pro-Hillary chicanery didn’t stop there. When the party announced the results of the 2008 caucus, it declared Clinton the winner—which the national media duly reported—based on the number of people voting for her in caucus sessions. But that was a ruse, because that’s not how Nevada chooses its Democratic Convention delegates. It awards more delegates to lower-population rural areas and fewer delegates to higher-population urban areas, a formula that Obama used to his advantage.

Ralston said “the union still has troops to make the difference down the road, and its leaders may think there is no upside in endorsing now.” In fact, the statement issued by the union's leaders made essentially that same point.

"UNITE HERE International Union takes very seriously our commitment to be active participants in the 2016 Presidential election," it said. "We will deliver our strongholds to a candidate who stands against hostile and divisive racist attacks and stands for economic, racial and social justice."

Meanwhile, Hillary Clinton’s Nevada worries don’t end with the big union’s non-endorsement. She may have been leading Sanders by more than 20 points in Christmas week polling, but the campaign said to be nervous about Nevada’s same-day voter registration, which could let Sanders supporters swamp the caucuses.

On the other hand, the Sanders campaign will have to be watching how the pro-Clinton state party conducts itself. No matter who gets the winning headline after Feb. 20's caucuses, the state’s delegate allocation processmoves ahead to county-level meetings in April and a state convention in May where votes are taken before finally awarding its national convention delegates.