"Hold up, is that a pioneer choking a Native American to death?": "The Daily Show" causes a major 'oops' with the Whitesboro official seal

"I guess if you're going to have a racist seal, why not have it here, in the deep south ... of upstate New York" 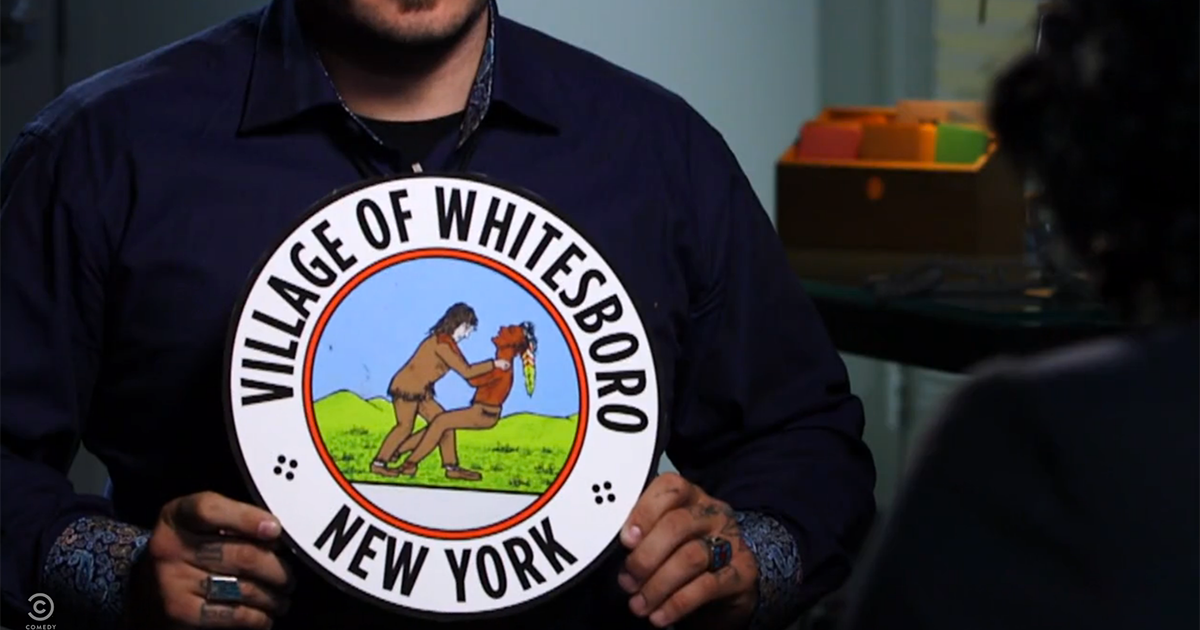 In case you didn't know, America is under attack. According to the Republicans, there is a war that has been waged on regular American assholes on behalf of the polite-police. That's right, I'm talking about the war for political correctness, and according to Thursday's "Daily Show," Trevor Noah may have helped cause it.

"Daily Show" correspondent Jessica Williams sat down with activists from the Lenape First Nations tribe to talk about the "offensive" city seal of Whitesboro, New York. Williams couldn't believe that anything could ever be more offensive than the Redskins logo, until she saw the seal which features a white pioneer choking a Native American to death. "Whitesboro. I guess if you're going to have a racist seal, why not have it here, in the deep south.... of upstate New York." Williams said.

Whitesboro's Mayor Patrick J. O'Connor aka 'Whitey McWhiterson,' however, says that the seal is absolutely not racist. "Oh, thank God, because it looks like that white man was totally choking this American Indian man to death," she told the mayor.

"The seal depicts our founder, Hough White... who was engaged in a friendly wrestling match... he did not choke [the Native American]," Mayor O'Connor claimed. "So the goal of the match was to push your opponent off balance. The seal is based on historical events that foster a good relationship between our founder and the American Indians."

Even the Lenape acknowledge that the Native Americans and the white settlers were friends in the town. "Oh! So it's just the picture that's completely fucking horrible," Williams explained.

Interestingly, the seal was changed in 1977 to move the hands away from the neck down to the shoulders. In fact, they've changed the seal a bunch of times, but the last time they wanted to change it in 1999, there were no submissions. So, Williams provided several ideas that were more friendly and one that included two Native Americans choking a British Red-Coat to death. The mayor announced a vote. Then it caused a major international news story. Oops.

What happens next is really insane. Watch the video below: