After vowing to support the country's revolutionaries, the U.S. is now aiding and abetting their violent oppression 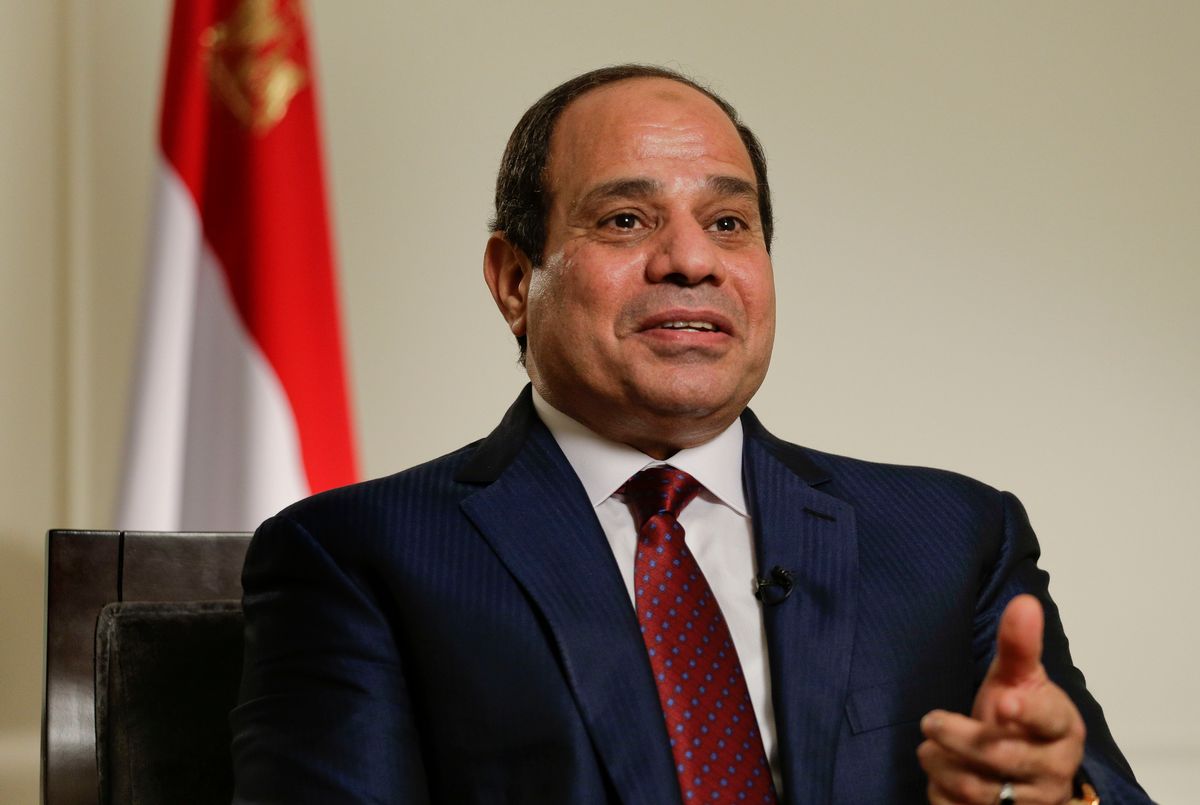 Five years ago this month, thousands of Egyptians filled Tahrir Square and ignited a mass uprising that lasted 18 days and drove strongman president Hosni Mubarak from office. It seemed to augur a bright future for freedom and democracy in Egypt—but five years, multiple referendums, two parliaments, two presidents, and scores of dead bodies later, Egypt’s present looks just like its past. Egyptian president Abdel Fattah el-Sisi’s crackdown on dissidents spreads: at the end of last year the Interior Ministry raided cultural institutions, including a publishing house and art gallery. Sisi, as well as his minister of religious endowment, have both warned citizens against taking to the streets on the January 25 anniversary. Yet nobody—at least not in the White House—seems to care.

Even before assuming office, Sisi was already responsible for an estimated death toll of at least 817 during the brutal clearing of a peaceful sit-in in Rabaa Square on August 14, 2013. And under his administration the Egyptian Armed Forces’ operations in Sinai have reportedly killed more than 2,000 people so far, including an unknown number of civilians (the Egyptian government acknowledges virtually no civilian deaths). The Egyptian people are so disillusioned that hardly anyone showed up to vote in the most recent parliamentary elections. Not even fatwas could get people to the polls—and why should they vote, when Sisi’s actions have made it clear that their votes do not matter? But none of that is stopping the United States from supporting him.

In March President Obama lifted a military funding freeze, making Egypt once again the recipient of the second largest U.S. foreign military aid package (Israel receives the largest package). Following the unfreeze, Egypt received 10 Apache helicopters from the United States. One such helicopter was used to conduct a mistaken aerial attack on a tourist convoy in Egypt’s Western Desert that killed 12 civilians, including eight Mexican tourists. Had they been American tourists, perhaps someone in the White House would have cared.

There’s plenty of political repression in Egypt as well—the kind the U.S. is quick to censure when it takes place in China, Russia or Iran. Many of the protestors, secular opposition groups, student groups, and vocal dissidents whose mobilization resulted in the initial jailing of Mubarak are incarcerated in Egyptian prisons, as are journalists; it is estimated that Sisi’s government has arrested 40,000 political prisoners. And while the atrocious conditions of Egyptian prisons have long been the subject of prisoners’ letters, the incarcerated have at least been dealt a better hand than the scores who have mysteriously died while in police custody.

The U.S. tends to posture about democratic values, but its role in Egypt has always belied this position. Not only was Mubarak, Egypt’s dictator for 30 years, backed by the U.S., but under his rule Egypt was a key destination for prisoners transferred by U.S. authorities for torture and interrogation. It is laughable that President Obama calls the U.S. “the envy of the world” when people around the world are suffering because of American hypocrisy. The Egyptian people have experienced this kind of hypocrisy firsthand: when Obama went on television in 2011 to say, “the United States will continue to stand up for the rights of the Egyptian people,” those Egyptians standing up for their rights were simultaneously being hit by tear gas canisters that were proudly marked Made in U.S.A.

The acquittal of Mubarak is further evidence that rule of law in Egypt is a mere illusion. What the courts of Egypt are telling us is that they have no intention of indicting anyone for the deaths of an estimated 846 civilians and the injuries inflicted in the thousands during the January 2011 uprising against Mubarak. Contrast this to the five-year prison sentence slapped on pro-democracy activist and blogger Alaa Abd El Fattah for participating in a protest opposing an anti-protest law introduced under Sisi. Or with the three-year sentence handed down to Amr Nohan, who was charged with “attempting to overthrow the regime.” His crime? Posting a picture on Facebook of Sisi with Mickey Mouse ears.

Although Human Rights Watch and Amnesty International wrote an open letter calling Sisi’s rule “the gravest human rights crisis in Egypt in decades,” it seems that the U.S. is still willing to overlook all that, out of fear that without Sisi—or the military apparatus backing him—Egypt could potentially spiral into a jihadist rogue state, a notion that Sisi has been actively promoting. But I believe that it is in fact Sisi himself, with his brutal crackdown on all forms of dissent, who is to blame for the rise of jihadist factions in Egypt today. We saw the same things play out in Syria, where Bashar al-Assad’s heavy-handed response to a peaceful protest movement in 2011 provoked a full-fledged civil war. In essence, Sisi is nothing but a U.S.-backed version of Assad in Egypt. Both are military-backed tyrants who govern by coercion and respond to calls for much-needed reforms with indiscriminate force.

President Obama and his advisers would be stupid, however, if they were incapable of foreseeing Sisi’s demise. After all, the grievances that led to the mass uprising against Mubarak—police corruption, a deteriorating educational system, income inequality, political alienation, a farcical justice system, and the utter failure of most governmental institutions—have yet to be dealt with. In fact, they seem to be worsening under Sisi. The situation is a recipe for an uprising of monumental proportions. It’s hard to predict what that uprising will look like, but now that all peaceful methods have been exhausted, violence does seem inevitable. The people this time would be fueled by a need not only for change and reform but also for vengeance: friends and family have been killed—in the thousands—and the courts of Egypt have decided that no one will be punished for those deaths. The U.S. would be wise to rethink its support of Sisi—because when the next uprising comes, we can be sure that his response will be heavy-handed and proudly marked Made in U.S.A.