First it spies on its workers, then it lays them off by the thousands. Wal-Mart just can't seem to escape bad press 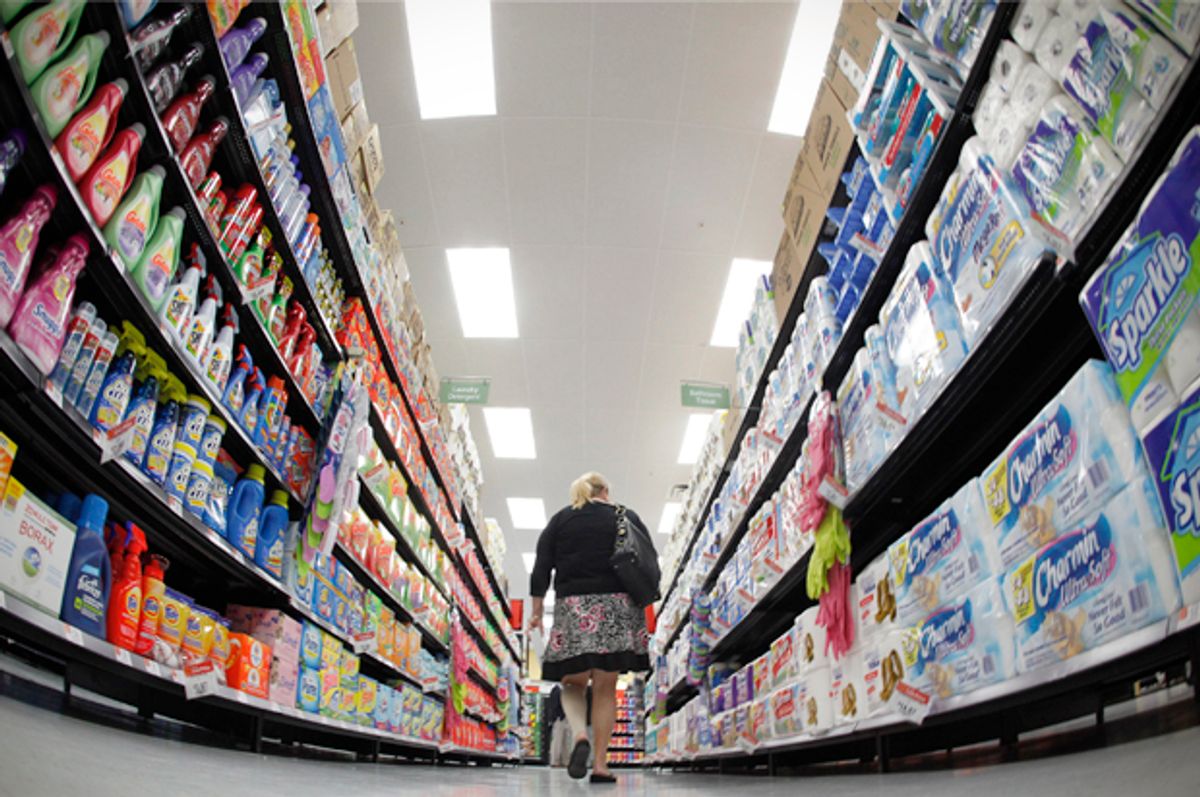 Walmart just announced that it’s closing 269 stores globally, including 154 in the United States. This means 10,000 workers will be laid off. Jess Levin, communications director for Making Change at Walmart, released a statement on the news:

“Walmart is a company that, time and again, will say one thing and then do the opposite. Public relations matters more to them than their customers, the community, or their employees. While it pretends to value its employees, the reality is, for Walmart, its workers are disposable. Sadly, these latest store closings could very well be just the beginning. This sends a chilling message to the company’s hard-working employees that they could be next – and with no one standing up for them, that is no doubt the reality.”

This is certainly not the only chilling message Walmart has sent to its employees this season. At the end of November, Bloomberg published a blockbuster story by Susan Berfield and Josh Eidelson detailing how the company spied on its workers with help from arms manufacturer Lockheed Martin and the FBI Joint Terrorism Task Force. The incredible article relies on internal documents that reveal the company was concerned about growing $15 minimum wage protests, particularly the Black Friday actions that took place in 2012 and 2013. Walmart developed a “Delta” emergency response team when it first heard about the protests in 2012. The piece explains how the company zeroed in on the worker organization OUR Walmart:

During that time, about 100 workers were actively involved in recruiting for OUR Walmart, but employees (or associates, as they’re called at Walmart) across the company were watched; the briefest conversations were reported to the “home office,” as Walmart calls its headquarters in Bentonville, Ark.

With some assistance from LM [Lockheed Martin] we have created the attached map to track the caravan movements and approximate participants,” Kris Russell, a risk program senior manager, wrote to colleagues on May 30.

The FBI was apparently brought in when the company became aware that Occupy activists were connected to the labor actions. Berfield writes:

A Delta team began operations. When global security heard that members of the Occupy movement might join the protests at corporate headquarters, they began working with the FBI Joint Terrorism Task Forces. The documents from the NLRB hearing don’t provide any details about the collaboration or indicate whether it was unusual for Walmart to bring in the FBI. The bureau had worked with local police forces across the country as they dealt with Occupy protesters.

Brian Nick, a spokesman for the company, told Berfield that Walmart wasn’t very concerned about labor organizing. “The unions who spend a lot of time attacking Walmart make a lot of false claims, but the reality is that Walmart makes decisions based on the best interests of our company, our associates and our customers,” said Nick. “We’re proud of the wages and benefits package we offer.”

Read the entire piece at Bloomberg. Its revelations are important to keep in mind as more information comes out about the layoffs.