"You say Obama's a horrible president, I say you're a horrible human": Wilmore slams Sarah Palin for blaming Obama for her son's issues

"You can't just crawl out of your frozen bullshit shack ... and spew recycled partisan crazy sauce" 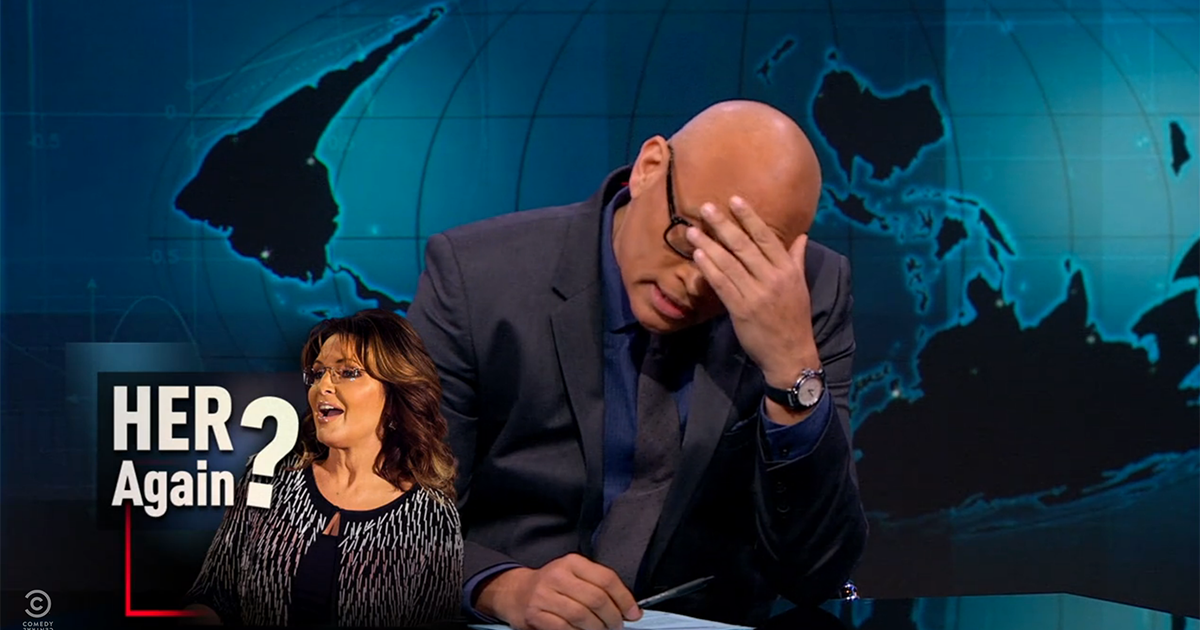 At a Donald Trump rally in Tulsa, Oklahoma, Sarah Palin took to the stage to attack President Obama for "leaving our soldiers behind." But on Thursday's "Nightly Show" it was Larry Wilmore who wondered why we didn't leave Palin behind in 2008.

So, what made Palin go after America's commander-in-chief? It seems her son, Track Palin, was arrested for attacking his girlfriend and threatening her with an AR-15. Palin then blamed it on Track's PTSD from being a soldier, which earned her the wrath from veterans across the country and a furious White House who said that domestic violence is no laughing matter.

"I make fun of Sarah Palin a lot, but PTSD is no joke," Wilmore said. But, "she's blaming this on Obama? ... Excuse me, but you can't just crawl out of your frozen bullshit shack once every election cycle just so you can become nauseatingly relevant and spew recycled partisan crazy sauce all over everybody. And then use an issue as serious as PTSD let alone pimp out your own son and his problems. I mean, none of our soldiers deserve to have these problems become partisan issues. Also, you say Obama's a horrible president, I say you're a horrible human."

Check out the rest of Wilmore's slam in the video below: