"To be a hero, you need something to be heroic about," Maher explained to the militia. 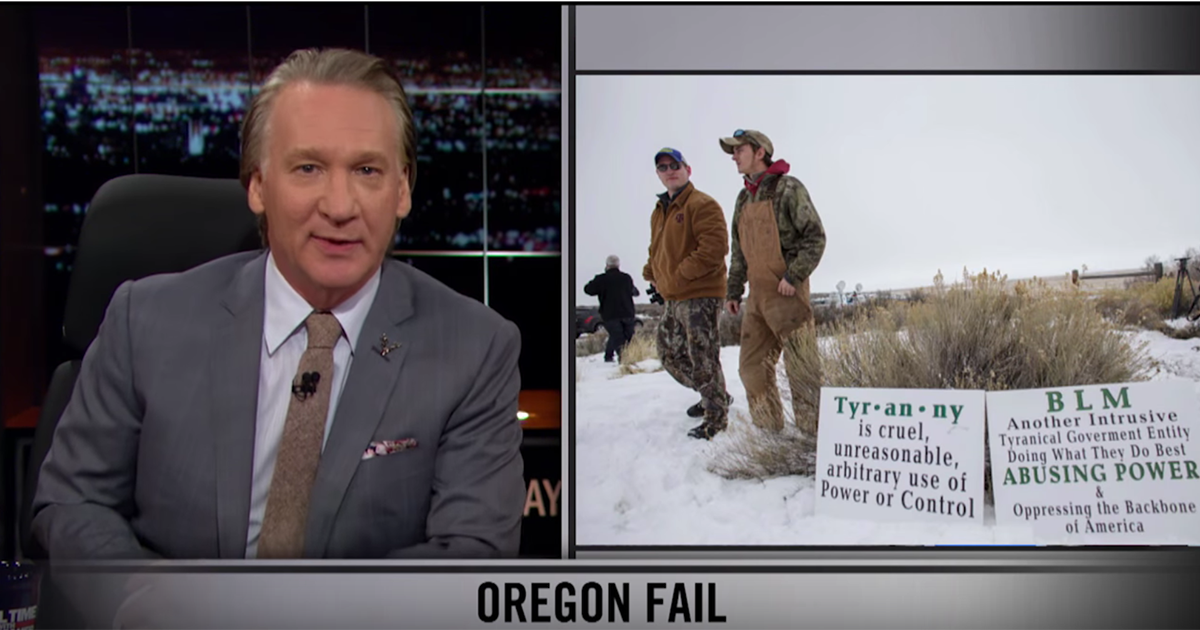 The armed right-wing extremists who've taken over a federal building at a wildlife refuge in Oregon just keep digging themselves into an even deeper hole with their past unlawful indiscretions coming home to roost. It seems the government's idea to wait them out has turned them into an even bigger joke than they already are. So, of course, Bill Maher took them to task on Friday's "Real Time: New Rules."

"They keep on promising to 'occupy that building until... well, we're not really sure,'" Maher mocked the disorganized cult of stupidity. "And they're not sure, something about 'redneck lives matter.'"

He showed the strange video that anti-Islam activist John Ritzheimer made for his kids explaining his participation in the Oregon siege: "Daddy swore an oath" he said. The reality is the guy was just going to extreme lengths to avoid his family during the holidays, Maher quipped. "Why not just drink like the rest of us?" Maher joked.

“How tough can you rugged individualists be when the first thing you did after storming the rest stop was to post an appeal online for supplies?" Maher asked. "A shopping list, really, that included such items as throw rugs, shampoo, foot warmers, and French vanilla coffee creamer. What, no scrunchies so you can braid each other’s hair?”

The reality is, Maher explains, if these idiots were all that “ready to die,” we've had a few wars they could choose from. “You can go fight ISIS, ’cause what you’re doing isn’t saving the republic,” Maher said. “It’s more like when you’re a kid and you run away from home by hiding in the backyard.”