Watching the show made me ache for the kind of candid, outraged political reportage that doesn’t exist anymore 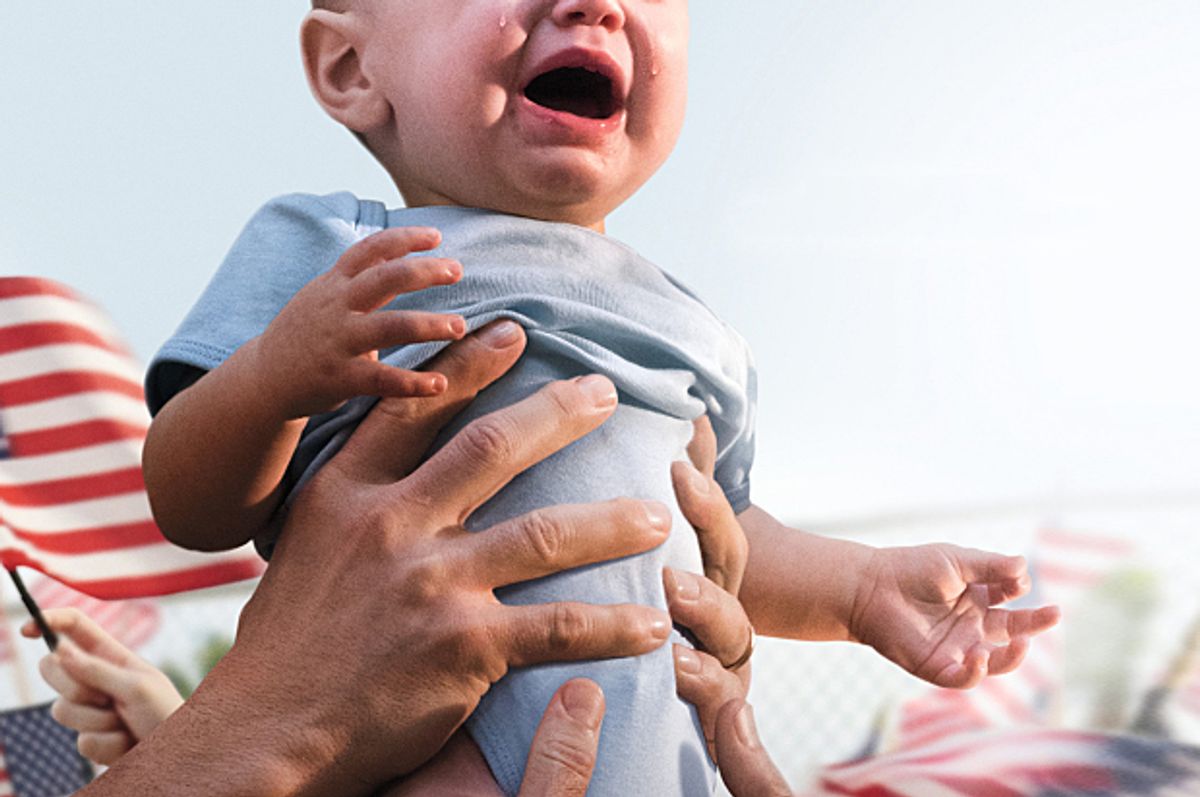 "The Circus," Showtime’s new political reality TV show, is one of those slick entertainment products that announces its low intentions with the kind of glee one might expect from a prosperous ambulance chaser or a drunk Kardashian.

The pitch is that viewers will be afforded the chance to gawk at the garish and illuminating underside of the presidential race, as it plays out across the American landscape—the American landscape in this case consisting mostly of the hotel cafeterias and parking lots of the early primary states.

These guys have been around long enough to recognize the monstrous cynicism of the whole enterprise. But they lack the courage to bite the hand that feeds them. As a result, viewers get a camera, not an angle, a set of platitudes masquerading as a moral intelligence.

It’s the electoral equivalent of those all-access sports shows where we follow the on-air talent into the locker room, only to get the same old robotic interview with the jocks in question. That might be fine if the subjects here were jocks. In fact, they are vying to be the leader of the free world.

We see Cruz pretending to be pious in a Christian bookstore. McKinnon pays an excruciatingly self-conscious visit to the candidate’s bus. He reassures Cruz that his surging campaign is starting to worry front-runner Donald Trump. “Remember what we say in Texas: A hit dog barks,” McKinnon says, from beneath his Stetson.

“Sure, sure, you got it,” McKinnon says, adding, “You got a wave. Get out the surfboard.”

Later, he presents Cruz with an official Iowa corn kaleidoscope, which the candidate obligingly looks through. He is then gravely asked to describe what he sees. “It’s a typical kaleidoscope with kaleidoscopy stuff.”

There is no discussion of Cruz’s policies, which include (just for instance) a mandated balanced budget along with a slashed corporate tax rate and a flat tax plan that would instantly bankrupt the country. No mention of his climate change denial, or his hard-hearted social policies. No effort to locate Cruz’s psychotic free-market evangelism in any kind of historical context.

For his part, Trump doesn’t bother to give "The Circus" any face time. (Hey, Showtime’s a loser channel! Call me back when you guys get called up to HBO!)

No matter. We still get to see Trump inciting a packed arena in Florida. “Every country in the world is ripping us off,” he whines. “It’s a really bad scene. And it’s going to continue if you put any of these other people. It’s not going to continue with me.” OK, boss.

Later Trump, having mistakenly mentioned Mexico, where all the rapists and drug dealers come from, says this: “Again, I love Mexico. I love Mexican people … I have thousands of Hispanics who work for me. I win with Hispanics.” He concludes, “The American dream is dead. But we’re going to make it bigger and better and stronger than ever before.”

The response to this extraordinarily incoherent, baseless and condescending spasm of rhetoric comes in a voice-over from "Game Change" author John Heilemann (I think it’s Heilemann), who, as the camera shows slow-mo footage of Trump winking and pointing, coos about how the candidate “played the crowd like a maestro. Rock star quality. You can’t buy it. You can’t bottle it. You either have it or you don’t.”

Finally, "The Circus" boys visit Bernie Sanders. Despite efforts to lure him into camera-ready shtick, Sanders and his wife, Jane, emerge as the only two actual human beings in the race.

Halperin mocks Sanders for arriving in New York City on a regional train. Heilemann teases him about his hair. It’s supposed to be cute, but it comes off as Beltway snobbery.

It takes only a few minutes to discern that Sanders doesn’t really enjoy running for president, that he is not—like practically every other candidate this century—an egomaniac fueled by a lust for power and fame. He’s a 74-year-old idealist who honestly believes in electoral politics as a path to social justice.

It also becomes clear why guys like Heilemann and Halperin spent months dismissing Sanders: because they and the media class they represent have become completely disconnected from the people whose interests they allegedly represent. Instead, they spend their lives in the vainglorious vortex of campaigns and greenrooms, slaves to a news cycle whose stimulative obsessions extend from polls to gaffes to fundraising figures.

The pundits never saw Sanders coming because they had absolutely no interest in the issues he’s been raising: income inequality, wage stagnation, the pathological greed that has warped American capitalism into a cruel centrifuge.

In fact, the bloated spectacle to which Halperin and Heilemann have dedicated their professional lives—“The Circus” of presidential politics—is underwritten by a plutocratic campaign finance system that Sanders has vowed to dismantle.

That’s ultimately what’s so depressing about "The Circus": the manner in which it blithely betrays the legacy of intrepid political journalism practiced by guys like Twain and Mencken, who pointed out that "democracy is the art and science of running the circus from the monkey cage.”

Watching the show made me ache for the kind of candid, outraged political reportage that simply doesn’t exist anymore. I kept thinking about Hunter S. Thompson’s "Fear and Loathing on the Campaign Trail ’72," which offered readers a blistering indictment of the whole sickening show.

Thompson was wise to the Big Lie of objective journalism (“there is no such thing as Objective Journalism. The phrase itself is a pompous contradiction in terms”). His account of that presidential campaign was radically subjective, ruthlessly honest, and driven by an abiding disgust with the very rules and rituals that modern political reporters slavishly obey.

It’s tough to say what Thompson would have made of a preening juvenile like Trump, or an unctuous nihilist like Cruz. He’d have been more likely to shove that kaleidoscope up Cruz’s ass, at least on the page.

“The main problem in any democracy,” as he warned us, “is that crowd-pleasers are generally brainless swine who can go out on a stage & whup their supporters into an orgiastic frenzy—then go back to the office & sell every one of the poor bastards down the tube for a nickel apiece.”

The only literary writer in recent memory to even attempt such an honest examination of our presidential sweepstakes is David Foster Wallace, whose epic essay on the 2000 race for the Republican nomination, “Up, Simba,” served as a lamentation for the apathy spawned by our inauthentic politics.

“What one feels,” he wrote, “when [politicians] loom into view is just an overwhelming lack of interest, the sort of deep disengagement that is often a defense against pain. Again sadness. In fact, the likeliest reason why so many of us care so little about politics is that modern politicians make us sad, hurt us deep down in ways that are hard even to name, much less talk about.”

But that’s what we should be talking about, as journalists and citizens--whether it’s still possible for us to believe in government as a force for good in the lives of the disenfranchised, a vital corrective to the corporate propaganda that otherwise rules our civic life.

The absence of such voices in America’s mass media represents the larger and scarier truth lurking beneath the daily distractions of our political theater. It’s the very reason gibberish-spouting maniacs such as Trump and Cruz can mount serious bids for the presidency. All you need today is money and a convincing brand of cruelty. After all, rage is the greatest ally of fear.

There are no pesky reporters around to call you out on your psychotic bullshit. They’re too busy marveling at all the seats you filled under the big top.