Short-circuited lives: Why my family is facing eviction from our home in the Old City of Jerusalem

We have been good tenants. But "goodness" means nothing when anti-Palestinian discrimination is the law of the land 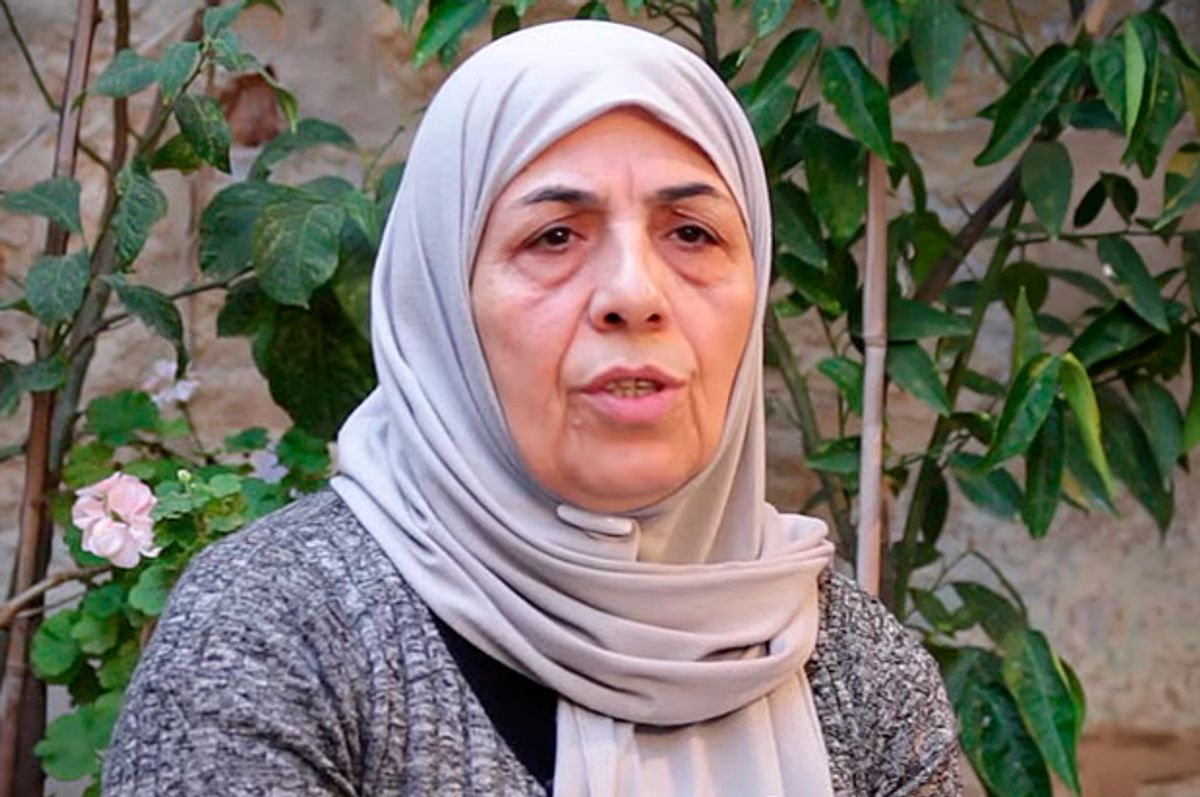 For my entire life, 27 years, I have lived with the threat that I will be permanently evicted from my home in the Old City of Jerusalem.  It’s a beautiful location, just 200 yards from the Dome of the Rock and offering an absolutely stunning view of the Old City’s holy sites.

We have paid our rent. We have been good tenants. We have tried all legal means, including a Dec. 3 protest march, to stay in our home.   Yet our “goodness” matters not at all when anti-Palestinian discrimination is the law of the land. We fear the Israeli government will turn over our home permanently to Israeli settlers.

Beyond eviction, we could eventually lose our residency rights in the city as has occurred to more than 14,000 Palestinian Jerusalemites since 1967.  Many of our Palestinian neighbors have already been dispossessed in an ongoing Israeli effort to “Judaize” the Old City and strip it of its longtime Muslim and Christian Palestinian population. The Israeli government established a policy to keep the Jewish population at 72 percent and the Palestinian population at 28 percent. It failed. But not from a lack of effort against us.  And in key parts of the city the Palestinian presence has been dramatically cut. Imagine the outcry if American politicians tried to keep the percentage of white people in a U.S. city at 72 percent by expelling other groups. Yet Israel’s policies since its founding in 1948 have been very much about demographics and how to keep Palestinian numbers down, largely by removing us.

Western political leaders, however, are mostly silent onlookers. Nevertheless, the international community to this day quite rightly recognizes East Jerusalem and the West Bank as occupied territory settled illegally by Israel. The Fourth Geneva Convention, routinely ignored by Israel, is very clear that “The Occupying Power shall not deport or transfer parts of its own civilian population into the territory it occupies.”

Thoughtful religious and civil leaders should stand up to maintain the religious diversity of this extraordinary and extraordinarily contentious city.  Currently, at least 15 Palestinian families in the Old City of occupied East Jerusalem face the threat of eviction in favor of settlers. And recently, four of my neighbors received preliminary notices that Israeli settlers have initiated proceedings to have them evicted. Israel’s seeming determination to turn a national conflict into a religious one by expelling us from the Old City and ratcheting up the rhetoric and its actions around the Al-Aqsa Mosque poses enormous risks to the region. When Likud Deputy Foreign Minister Tzipi Hotovely states, as she did in October, “My dream is to see the Israeli flag flying over the Temple Mount,” it’s little wonder that Palestinians are concerned about changes – real and impending – to the status quo at the holy site where the Al-Aqsa Mosque and Dome of the Rock sit.

Four generations of my family have lived in our house since the 1950s. Today, my parents, siblings, nephews and I all face eviction. The most striking part of our looming eviction is that we will be removed so a family of Israeli settlers, who have no connection whatsoever to the house, can take our place. Right-wing Jewish triumphalism will celebrate our misery and the “cleansing” of the Old City. Already frenzied fanatics can be seen in our streets shouting “Death to the Arabs” and “May the (Al-Aqsa) Mosque be burned.” For those of us seeking nothing more than to live in peace and with equal rights for all, such an outcome will be another blow favoring apartheid and apartness rather than equality and hope for a peaceful future.

After temporarily being forced to vacate our home in 1982, we returned in 2001 and lived there “peacefully” for almost 10 years until the Israeli General Custodian administering the property decided to grant ownership of our house to the Israeli settler group “Galetzia Trust,” which is affiliated with settler organizations aimed at creating a Jewish majority in the Old City and East Jerusalem. The settlers obtained “ownership” of our house under the claim that it was an old Jewish Trust, although before 1948 the house was owned by a Palestinian family (who rented to a Jewish family).

Israel applies discriminatory laws and policies that favor and allow Israeli Jewish settlers to take over property in occupied East Jerusalem, while on the other hand Palestinians are not allowed to reclaim their property in West Jerusalem – or elsewhere – that was stolen from them in 1948.

This dispossession is a source of pain for hundreds of thousands of Palestinians. Occasionally, Palestinians walk by the very homes to which they retain property deeds, powerless to enter and reclaim what is theirs.  American politicians who extol the virtues and importance of private property lose their voices when it comes to Palestinian properties.

The Galetzia Trust, through an agent working for an American company based in New Jersey called 33 Hevron St. LLC, petitioned an Israeli court in 2010 requesting our eviction. In September 2014, after four years of proceedings, the Israeli Magistrate’s Court decided to revoke my family’s protected tenant status and evict us. The Court based its decision on accounts it heard from neighboring settlers who made our lives miserable for years. The Court further heard the testimony of Mr. Eli Ital, the agent of the American 33 Hevron St. LLC, who testified he had heard, without declaring from whom, that my family abandoned our house over 30 years ago. Despite such inaccurate testimony, the Court, presided over by a judge who is a settler herself, decided to validate the settlers’ claims and short-circuit our lives in our house.

If the Israeli High Court rejects our final request for an appeal, my family will be thrown out – after two previous eviction attempts in the past year. My mother, who was born in the house in 1956, grew up and got married in it, will lose not only her house, but ready access to memories, both happy and sad, that she lived there. My mother, and the rest of my family, will live every day knowing that a family of Israeli settlers took our place only because they are Jewish and we were forcibly displaced only because we are Palestinian.

Justice based on ethnic preference and predetermination is no justice at all.  Such a prejudiced outcome will be one more declaration of Israel’s intent to embrace apartheid and ethnic cleansing. This is not law but the brutal notion that might makes right. When next you wonder why Palestinians are protesting in the streets of Jerusalem, the West Bank and Israel think of my family faced with eviction and denied our rights simply because we are not Jewish.