W.'s secretary of defense is asked repeatedly about Trump in the White House, and dodges every time 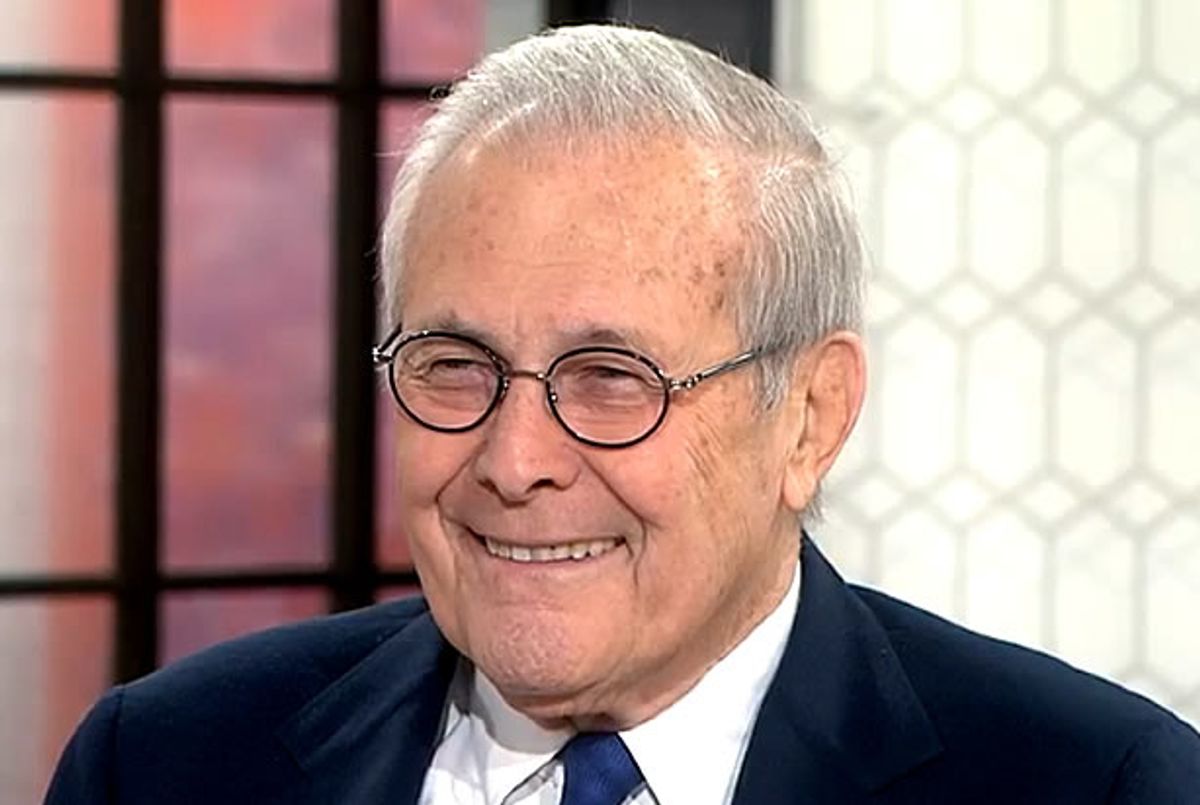 This morning on NBC's "Today," co-host Matt Lauer asked former Secretary of Defense Donald Rumsfeld about the current state of the Republican party -- in particular, the increasingly contentious GOP primary.

"If I had told you [twenty years ago] that Donald Trump would be the front-runner in the Republican side of a presidential campaign, what would you have thought?" Lauer asked.

"It was out of the question," Rumsfeld replied, "it's just amazing -- this election year's so different from every other I've experienced."

"So as you watch this election unfolding as a conservative Republican, do you see Donald Trump as someone who can unite and broaden the party, or do you see someone who's going to divide the party?"

"I see someone who has touched a nerve in our country," Rumsfeld said. "He's caused people to respond in a way that most politicians aren't able to do. The fact that Bernie Sanders and Donald Trump are able to draw 10, 15, 20, 30 thousand people to hear them speak means there's something going on in our country in a very unusual way."

Rumsfeld lamented that the American electoral system typically forces the citizens "to watch these [candidates] run around the track and then make a judgment about them," and what's happening now is that actually better, as they get to observe "a deep, broad field of Republican candidates, and a much more modest field of Democratic candidates."

Lauer twice asked whether Rumsfeld can see Trump as commander-in-chief, but Rumsfeld refused to answer, saying only "can I see the person elected by the American people serve as president of the United States? We've been doing this a long time -- of course I can."