"It may be the worst movie anyone has ever been in": Critics trash Robert De Niro's "steaming pile" spring break comedy "Dirty Grandpa"

Apparently, if all you want out of life is to see Zac Efron's butt, this movie could, theoretically, satisfy 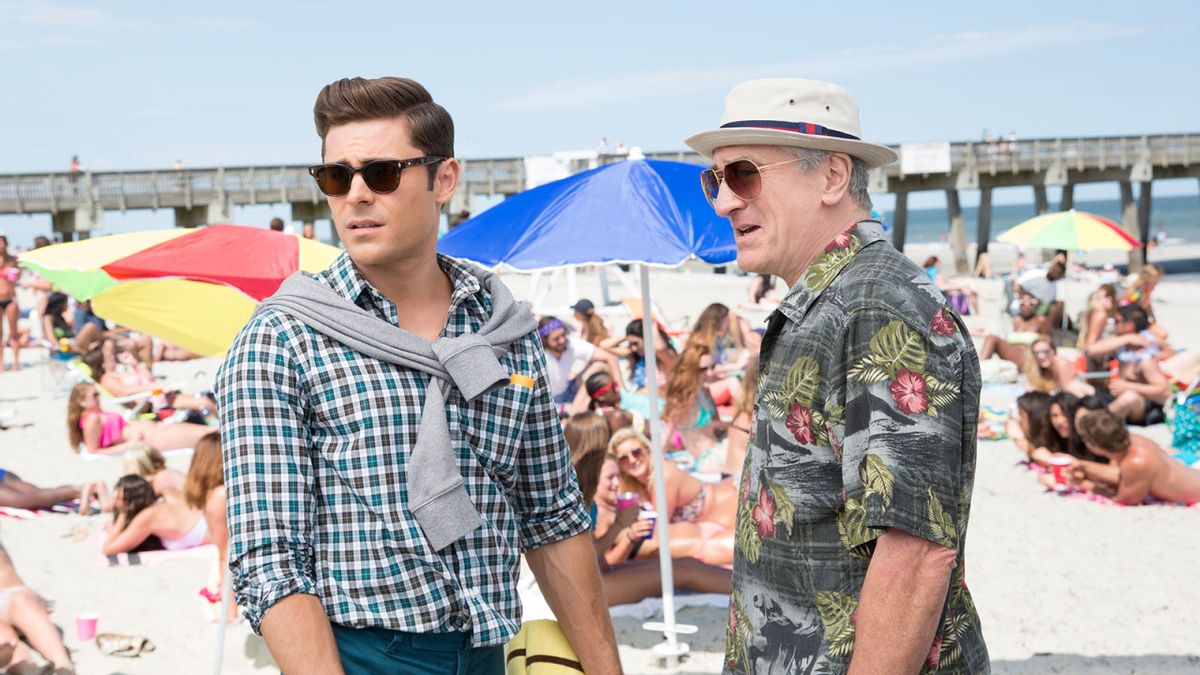 "Dirty Grandpa" exists at the point where so-called "Viagra cinema" and fratty shock-comedy converge. As such, the film received uniformly negative reviews: Rotten Tomatoes has it at 7 percent; Metacritic gives it a metascore of 18. (To put that in perspective, Adam Sandler's straight-to-Netflix "Ridiculous 6" received the same metascore, making it the site's 630th-best movie of 2015.)

Deadline's Pete Hammond blistered "this steaming pile" about an uptight man about to be married (Zac Efron) who goes on a Spring Break romp with the newly-widowed titular patriarch (Robert De Niro, somehow), calling it, "not just the worst movie [De Niro] has ever been in, but it may be the worst movie anyone has ever been in."

People are already confusing it with Johnny Knoxville’s Bad Grandpa, but that movie is 12 Years A Slave compared to this. Rarely have I seen a motion picture  — and I have seen them all — that wallows so unashamedly in homophobic, racist, misogynist, so-called humor. Its “jokes” are aimed at just about everyone with any kind of disability — and even one you-have-to-see-it-to believe-it-scene with a naked Efron being caught in an act of mistaken child molestation.

New York Times critic Nicolas Rapold said, “'Dirty Grandpa' is like watching a friend’s mediocre improv troupe do an extended spring-break sketch.” He then compared the comedic standard to that of "phallic graffiti on a subway poster."

Leitch didn't let up, adding, "The movie is so poorly thought out and shoddily constructed that the only reason I can imagine most of the actors signed up for it was because DeNiro was in it, and they trusted he had some idea what he was doing. (He didn’t.)”

And though the film itself received a deserved bashing, Entertainment Weekly critic Leah Greenblatt found value in its tertiary aspects: "You’ll get to see Efron’s butt a lot, if that’s what you came for; it’s real, and it’s spectacular, even if the script’s endless jokes about him looking like a lesbian are not."

"I began giggling with a kind of metaphysical embarrassment for everyone involved in the enterprise, and, eventually, for all of humanity itself," wrote RogerEbert.com contributor Glenn Kenny. "I see, scrawled in my notebook, the words 'What is happening to our world?'"

Perhaps the only dissenting opinion came from LA Weekly's Michael Nordine, who proudly admits to laughing at points during the film. "Late-era De Niro forever, y’all," Nordine exclaims at the end of his review.

All that said, though, I ask: What use is film criticism in the digital age? Who are these "film critics" and why should I listen to them?! It's not like there's some school where one can go to learn what makes a good or bad film. And until someone invents a school like that, I'll keep getting my reviews from a trusted source — random Twitter search results: