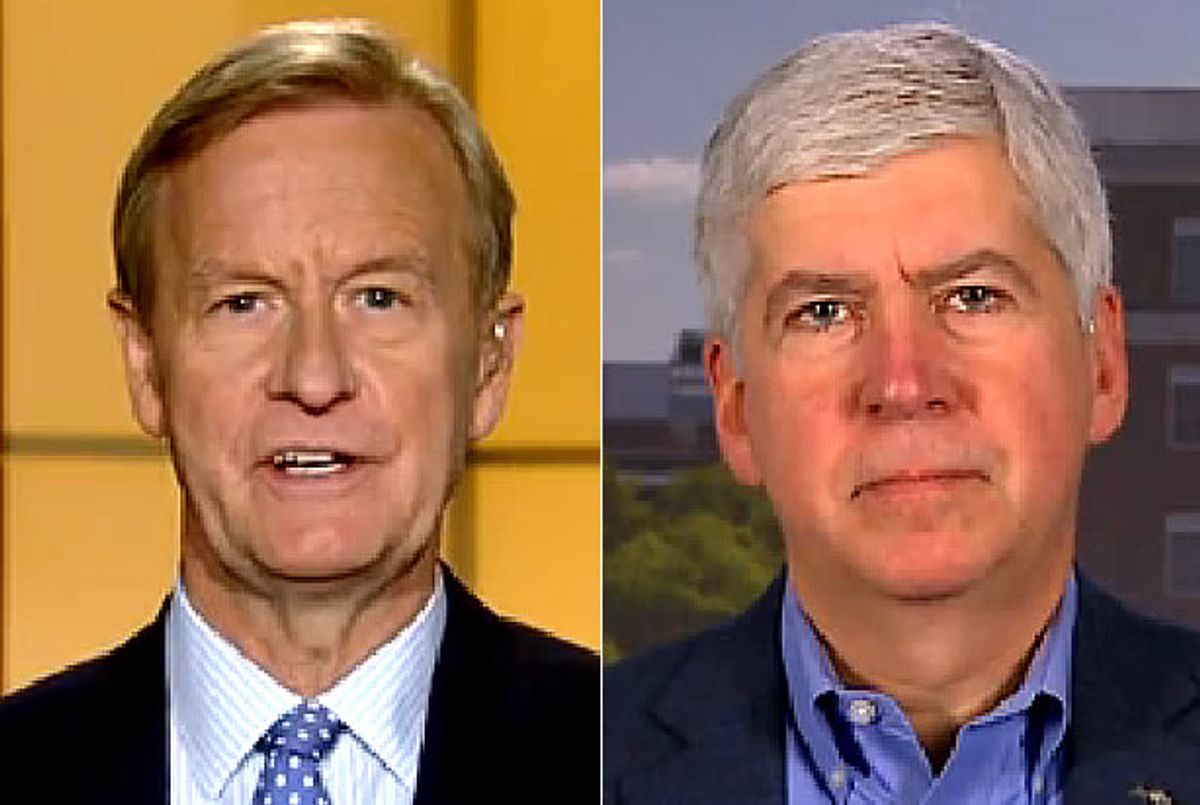 On Sunday's edition of "Fox & Friends," Dr. Marc Siegel was brought on to warn viewers not to allow their children to eat snow -- any snow, even white snow, which can contain benzene from car exhaust and can cause neurological symptoms.

"You don't want to eat white snow unless you boil it first," Dr. Siegel said, and even then only if you have no other alternative. While this may seem like a harmless segment, it's worth noting that for weeks now, as the situation in Flint, Michigan has reached crisis-level proportions, Fox News has largely ignored the story -- or, its coverage of it is much like what was featured on Monday's edition of "Fox & Friends."

Host Steve Doocy spoke to Michigan Gov. Rick Snyder (R), who paid lip-service to the fact that his office is ultimately responsible for the lead-poisoning crisis, but was quick to blame every other level of government for failing to bring it to his attention quickly enough.

"The thing is, Steve, the community made a decision," Snyder began. "The city and the county wanted to switch away from Detroit's water system back in 2013, and there was a 7-1 vote to switch away." The issue, the governor said, wasn't actually the source of the water, but the chemicals used to treat it.

Snyder's failed to mention that his office was informed of the quality of the water supply over a year ago, but failed to inform the public until last October, by which point approximately 8,000 children until the age of six may have suffered brain damage. He told Doocy "there were some actions taken trying to make that better, but lead is odorless and colorless," and the "real failure" was the insistence on "doing testing and following protocols."

"There were multiple failures that allowed this to happen," he added.

Watch the entire segment with Governor Synder below via Fox News.