Now that's what I call desperate: Rock's death-rattle will be captured on least-essential music compilation 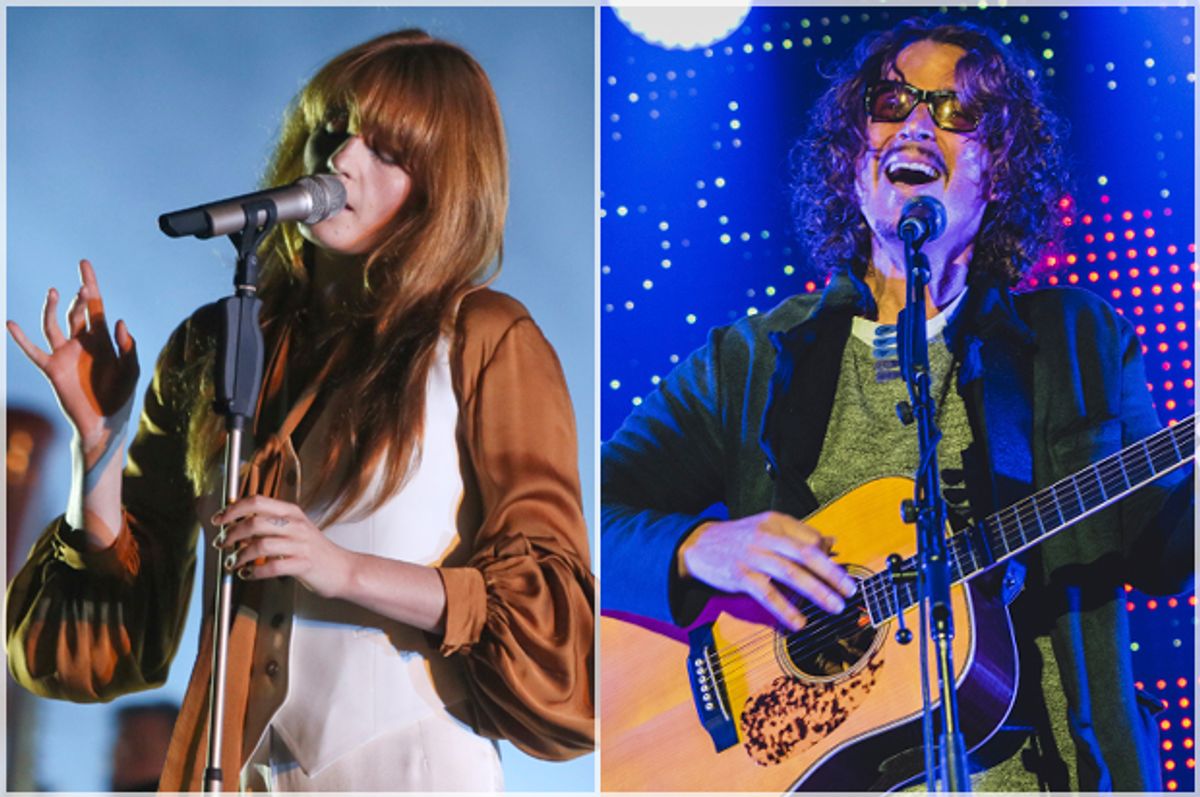 If you’re a music fan who came up through the ‘50s, ‘60s, ‘70s, ‘80s or ‘90s, you probably had to take a side at one point or the other. Musicians did, too. Originally, you were standing up against a straight-laced world. Years later, you were a Mod or a rocker. You liked the forward-looking, experimental style of the Beatles or the back-to-the-roots sound of the Rolling Stones. You were into glam, or you hated that stuff. Disco and funk threatened you, or you worked it into your sound and style. You fell back on tradition, or you loved punk. You dug the AOR playlist, or you joined the modern rock/ alternative rock/ indie rock insurgency. You liked Steve Miller, or you wore a “Corporate rock sucks” T-shirt.

Okay, not everybody did. But there was a sense of stakes, of identity, of being on a team. Some of it was irrational and tribal. Music wasn’t just a big jumble of stuff, but a series of clubs, and serious music fans committed to one or the other. There were stakes. It wasn’t just about personal differences, but about musical ideology.

Does that sound good? It sounds like a mess, a series of small wars, and maybe a bit myopic. And it was. But since then, a number of things happened, and it all leads us to this: A “Now That’s What I Call Rock” compilation, and if this new project is the best the rock world can do, those of us who want the genre to survive are in real trouble. It's random to the point of incoherent.

For nearly two decades, “Now That’s What I Call Music!” has churned out what passive pop consumers want to hear — compilations of hit songs of the moment. In the United States, there have been 56 volumes, plus spinoff Latino versions, Christmas collections and more than a dozen country albums.

Two decades ago – say during the heyday of Pavement and Liz Phair or the White Stripes and Wilco -- was it possible to imagine a compilation like this? Bands were attacking each other, Oasis and Blur were in a rivalry, and the NME was still charging for its issues. Record stores were still easy to find. Collections looked at individual genres – Rhino’s “Left of the Dial: Dispatches from the ‘80s Underground” dove into college radio, for example. There was a sense of fight.

There’s plenty of good music now, in rock and R&B, but without a sense of struggle, what does it mean? The key word above, by contrast, is “passive.” If rock is now in a state where it needs to be sold this way – if it’s just a jumble of different bands and songs, a Florence + The Machine track here, an X Ambassadors here – then maybe rock finally died the same year David Bowie did.

It’s no secret that the 21st century has marginalized rock music. Hip hop and dance music have been picking up speed for decades. Dr. Dre became a rap George Martin. (Hip hop had its feuds and rivalries, as well, and still does.) Country music, good and bad, has cut into rock’s sales and its claims to rebel cool. Online distribution took the context out following a band on an indie label or buying from from a locally owned record store. Here’s the weird contradiction: “Rock fans also make up a sort of silent majority of music buyers,” according to the Times – rock is still the best-selling genre. So on the surface, things are okay, and the creators of this compilation seem to think it’s “back.”

But rock has become like a political party that can’t generate turnout. Over rock’s history, there have been times when it seemed like the music died – most famously, after the 1959 plane crash that killed Buddy Holly, Ritchie Valens, and the Big Bopper. Chuck Berry was arrested; things really looked grim. But rock brought itself back a few years later with a vengeance. So it’s hard to be too definitive when you’re predicting history. Rock could be like doo-wop – a historical style – or it could be like baroque music before J.S. Bach transformed and enlivened it.

But what if rock turns out to be like the Cold War, or the way Arthur Danto described the end of art history: Things will still happen – there are good new records all the time, there are reunions and great shows, and there are plenty of good bands, from Courtney Barnett to Real Estate to Deerhunter – but it doesn’t have any shape any more, now that the fight is out of it.

There’s also an easier, more teenaged way to put it: “Friend to all, friend to none.” If rock doesn’t make people love and hate it, to want to take sides, it really is time to stop. “Now That’s What I Call Rock” suggests that it’s all in the past tense, or all just a product.