"Even his mom's like, 'I don't know'": Trevor Noah lays waste to the last days of the Jeb Bush campaign

"Daily Show" also takes on Carly Fiorina, asking "How desperate can a person be?" 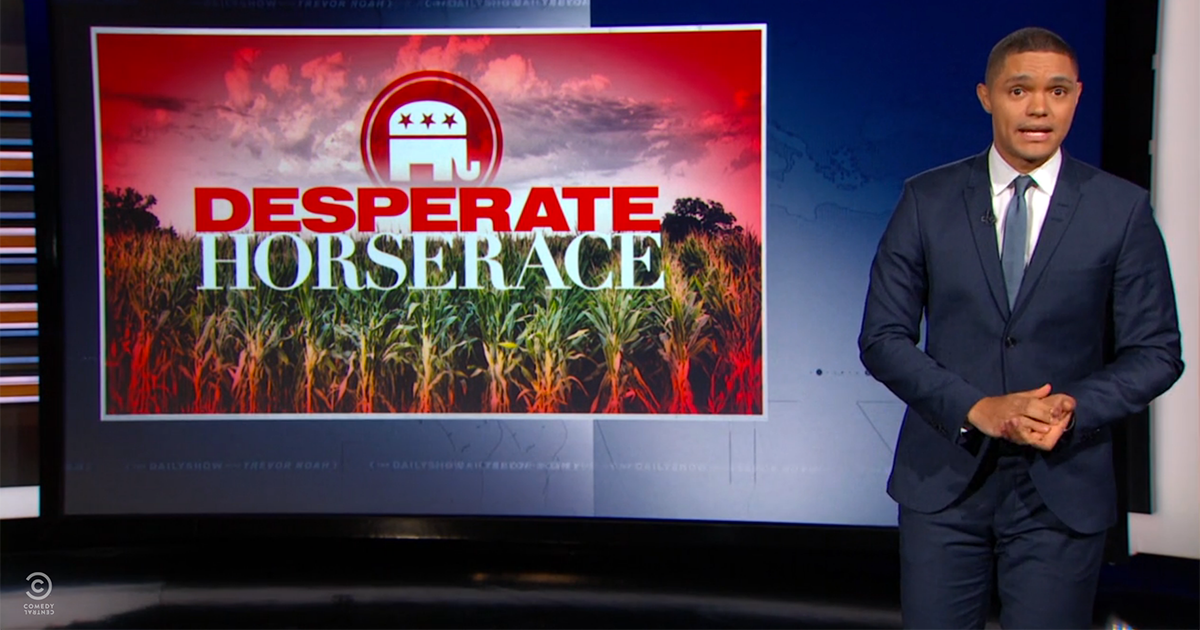 The Iowa caucuses are just days away which means that "sweet relief is in sight," Trevor Noah reminded us on Monday night's "Daily Show." Some of the candidates have "so few followers that if that if it was Twitter they would be eggs."

While Donald Trump is surging past the other candidates, "unfortunately, some people get noticed for the wrong reasons," Noah said. Take casual-truth teller Carly Fiorina for example, "so far her candidacy is starting to make her tenure at HP look like a resounding success." But once you thought someone couldn't get any lower, they go there. Fiorina apparently interrupted a pre-school field trip to the botanical garden, to turn them into political props for her anti-abortion rally. "How desperate can a person be?!" Noah asked. "Even witches take kids to gingerbread houses!"

With children crawling around at her feet, Carly Fiorina talked about Planned Parenthood "harvesting baby parts" like it was nothing. "Holy shit, Carly. You know what's crazy is Carly Fiorina can say that to a room full of pre-schoolers and I can't say 'holy shit, Carly' on TV without being bleeped. That's fucked up." Welcome to America, Trevor.

But the most desperate candidate award isn't going to Fiorina it's going to Jeb Bush who has now spent over $40 million in positive television ads that have literally done nothing for his campaign. One insider to Bush's Super PAC even said, "you might as well light all of this money on fire..." Which is a great idea, because then at least people would gather around Bush for warmth! "For $40 million Bush could have bought the citizens of Flint a new water system," Noah suggested.

But it gets worse. Bush now has an ad out getting an endorsement from his mom. What are her positive words about him? "He seems to be the one to solve the problems." "Seems to be the one?!" Noah exclaimed. "Even his mom's like 'I don't know...'"

Check out the full video including a frightening moment with a pre-school dad who is furious with Fiorina below: