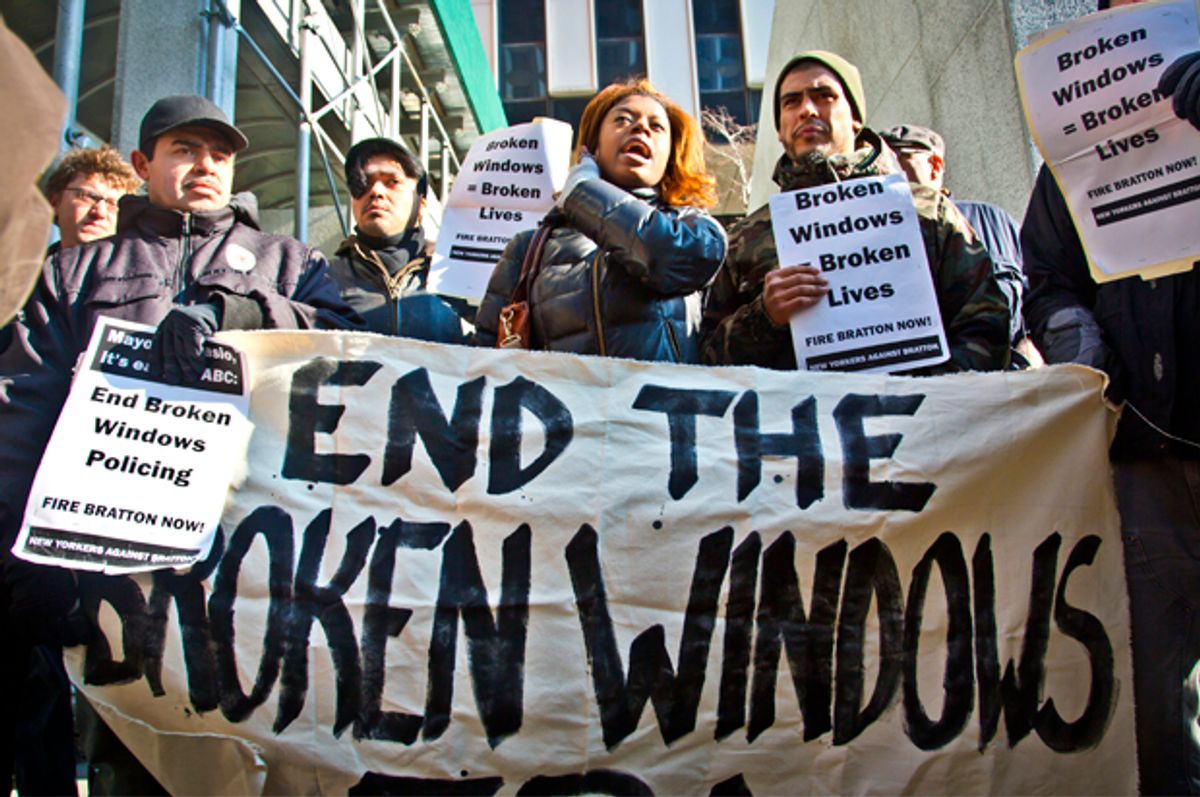 In truth, the “broken windows” theory of policing is a lot more complicated and multifaceted than you might imagine. It’s not solely the idea that even minor “quality of life” transgressions — like noise pollution, jaywalking, loitering or public urination, etc. — should earn a self-consciously disproportionate response from cops.

That’s not to say that an overly simplistic understanding (and application) of broken windows hasn’t played its role in the over-criminalization of American life — and the over-militarization of American law enforcement. It has, absolutely. There’s a reason it's one of the phrases people most immediately associate with “tough on crime” authoritarians and race-baiters like former New York City Mayor Rudolph Giuliani.

What it is to say, however, is that broken windows doesn’t have to be quite as draconian (and racially problematic, to put it extremely lightly) as many have come to expect. For much of the past 30 years, law enforcement in America’s cities has used it like a sledgehammer. But there’s nothing about broken windows that inherently demands such a purposefully broad and unsophisticated application. It can be a scalpel, too.

Or at least that’s what reformers in New York City are hoping, now that the City Council is readying to debate a collection of bills that, collectively, seek to dull some of broken windows’ sharpest and most unwieldy edges. As reported by the New York Times, the reforms would try to improve broken windows by reducing its severity. If reform passes, many offenses that once required criminal charges would be downgraded to civil summonses instead.

Admittedly, the change, on its face, seems minor. But as the New York Times Editorial Board notes in an Op-Ed supportive of reform, the impact — for individuals and for the city, overall — could be significant:

No one can reasonably argue that the city should turn a blind eye to disorderly and disruptive public behavior. But overly harsh responses come at a great cost. They waste policing resources, clog the courts and jails, and shackle too many people — often the poor and those in black and Latino communities — with criminal records, putting them in danger of losing their jobs, homes and futures.

Even more important are the potential political consequences of reform passing — and working as promised. Much like California, New York City is often seen as something of a bellwether for public policy in the U.S., especially with regard to criminal justice. Not infrequently, reforms that start in New York find their way across the whole country. Look no further than broken windows in the ‘80s and ‘90s for a case-in-point.

The hope for reformers, then, is that history can repeat itself — albeit in reverse. If New York’s reforms prove that it’s possible to use broken windows without allowing its excesses, it could be a big move away from the “tough on crime” mind-set the theory has come to represent. And it could show that lawmakers can take civil liberties seriously without countenancing a return to the “bad old days.”

That won’t fix the problems with criminal justice and law enforcement in New York City, of course. Not by a long shot. But it’s a step in the right direction, one that the City Council should take.