"Leathery yet frigid flesh of a privileged and hypocritical billionaire": The Amazon reviews for Donald Trump gay erotica satire are amazing 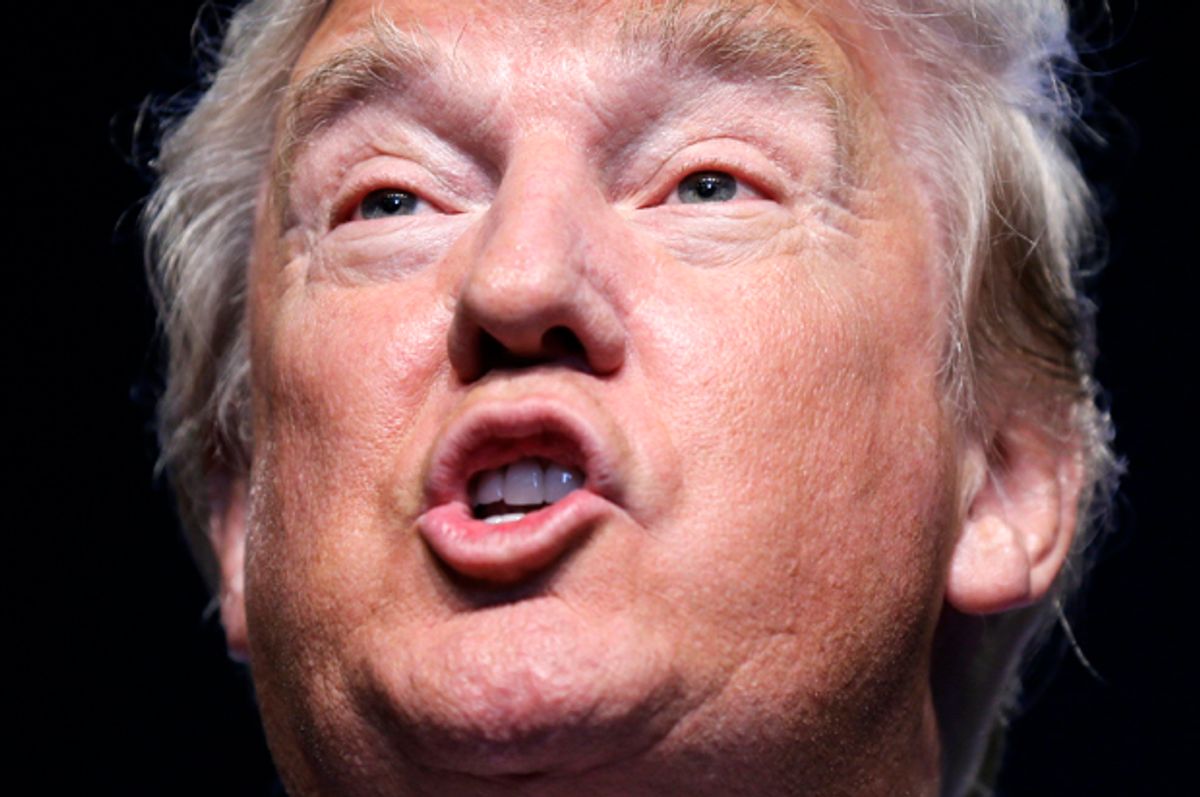 Now-accomplished author and 22-year-old comedian Elijah Daniel made his literary debut less than a week ago with “Trump Temptations: The Billionaire & the Bellboy,” a ten-page, simile-laden erotica novel co-starring a fictionalized (and sexualized) Donald Trump.

To complete his epic tale, Cummings told NY Daily News, “It took me four hours and four bottles of wine.”

Within a day, “The Billionaire & the Bellboy” made its way to and remains at the top of Amazon's LGBT Erotica and Humorous Erotica charts.

In “A Message To Readers”—the story’s de facto introduction—Daniel shoves a mirror in the reader’s face: “You paid real actual money for this shit. You need to reevaluate your life.” Indeed.

The story follows the first-person account of an unnamed bellboy at Trump Hotel: Hong Kong in the Summer of 2012.

“Donald” (Trump) shows up in the first paragraph, with “oily orange skin glistening in the sunlight as if he were a soggy cheeto.”

Without spoiling too much more, I will only add that Donald and Unnamed Bellboy embark on a romantic rendezvous that quickly goes south (assign whatever euphemistic interpretation you may, it'll be right).

Far more entertaining (and thorough) than the “book” itself, however, are the Amazon reviews:

One anonymous user, in a review titled “I’m Craving Pancakes All of a Sudden” said, “After reading this sensual and tawdry account of Mr. Trump's escapades in Hong Kong, I'm convinced he can make America great again one bellboy at a time.”

User Cheapmoscato, in another review titled “A Sexy Burrito Smothered in Surprises,” said, “His edgy descriptions will leave your mouth watering for pancakes, seemingly forgotten Taco Bell menu items, and the warm, leathery yet frigid flesh of a privileged and hypocritical billionaire.”

(Some context regarding the dual pancake references: The narrator at one point compares Donald's "donk" to "a mouthwatering stack of pancakes in his pants.")

User Shibby Baby went so far as to call the story, “[m]ore compelling than The Bible,” which could be a very high or very low standard depending on which way you look at it.

Perhaps it's time for us all to reevaluate our lives.