Stephen Colbert on Trump vs. Cruz: "It's like being shot or poisoned. What does it really matter?" 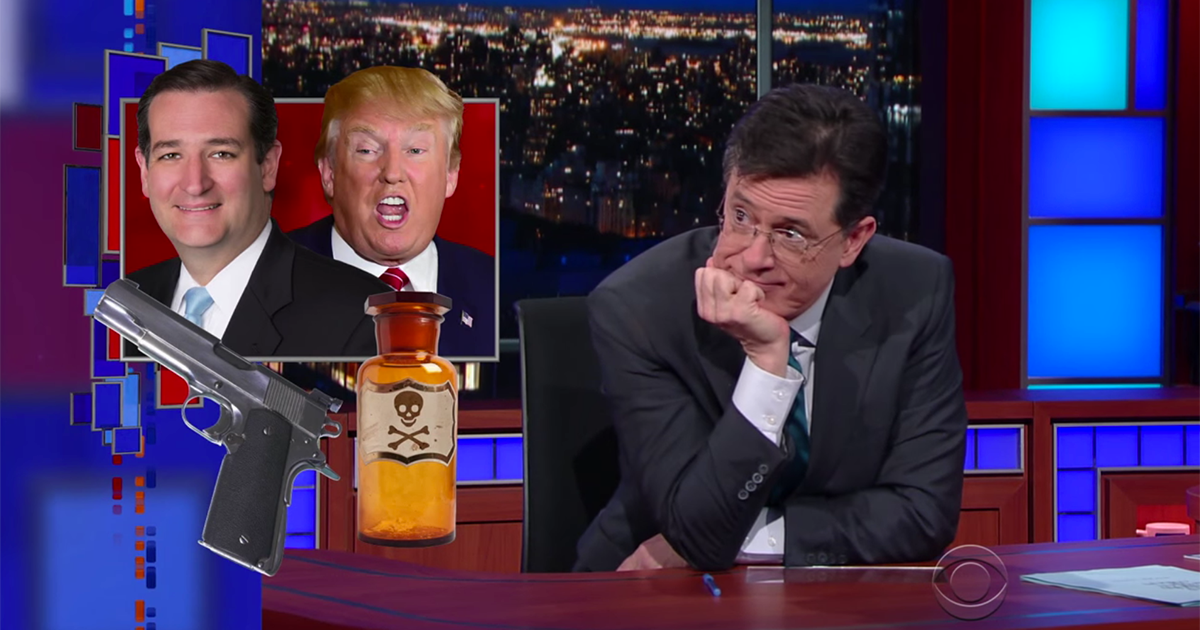 People are still having a hard time trying to decide between Ted Cruz and Donald Trump, Stephen Colbert reminded us on Monday's "Late Show." "Or as people know them by their celebrity couple name: Crump."

Trump is still doing well nationally "so the GOP establishment is lining up behind him," Colbert began, "to push him in front of a train." Last week the conservative National Review magazine came out with a whole issue on why Trump is not the guy. The criticism was so bad even Stephen started to feel bad for Trump.

But don't get nervous about second runner-up "and half melted GI Joe" Ted Cruz either, because he's not making people happy either. According to Fox News (I know right?), Ted Cruz is so reviled by Congress that even Bob Dole is predicting "cataclysmic losses" if Cruz was the guy. North Carolina GOP Sen. Richard Burr even said privately he would rather vote for Bernie Sanders than Ted Cruz.

"Some Republicans would get behind anyone but Donald Trump while others are on board for anyone but Ted Cruz," Colbert said before quoting presidential drop-out Sen. Lindsey Graham (who endorsed Jeb Bush) saying of the two front-runners "It's like being shot or poisoned... what does it really matter?" Fair assessment.