Time to freak out: 4 reasons the global economy is completely screwed

Stock markets are plunging, while China grinds to a halt. Things may be even more dire than they were in 2007 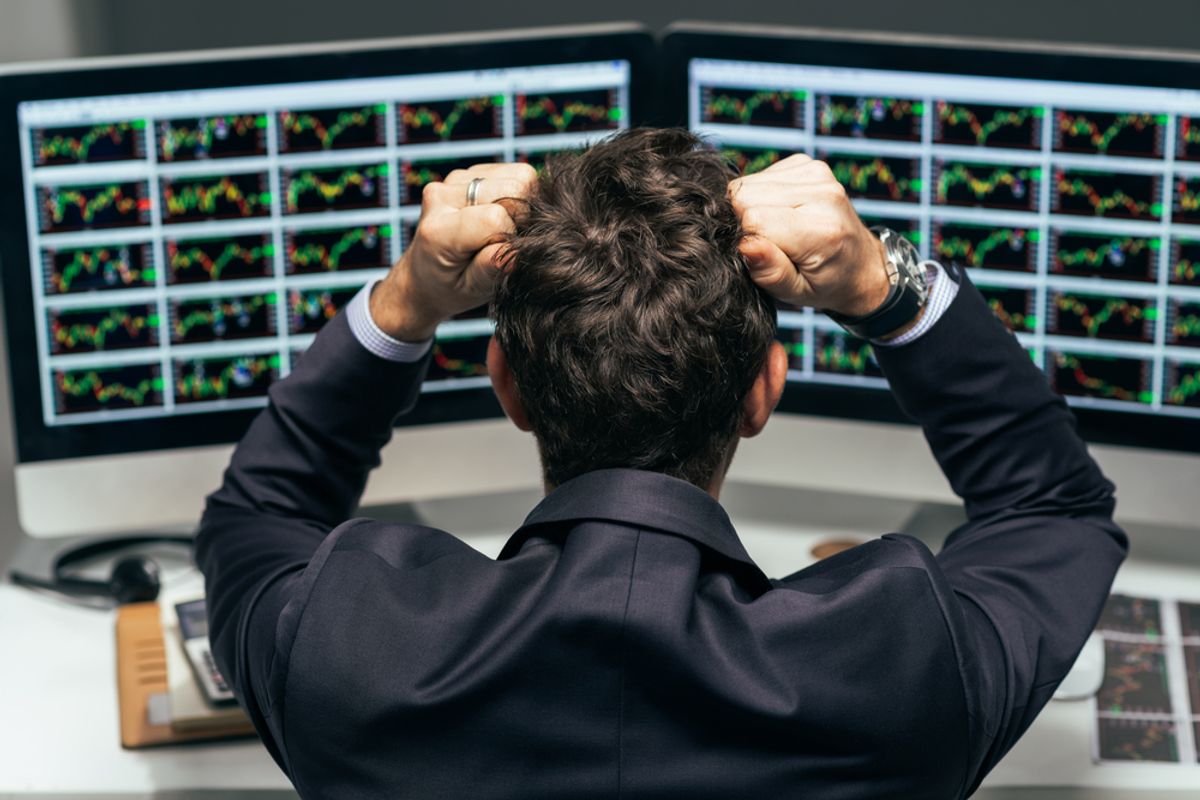 A fresh blast of cold air swept across global financial and commodity markets on Wednesday, raising fears that the world economy could be heading toward a recession — one perhaps even bigger than the last one.

Further falls in crude oil prices were the catalyst for the widespread sell-off as investors from New York to London dumped stocks. The Dow Jones Industrial Average was down more than 500 points at one point, and US crude fell below $27 a barrel, its lowest level since May 2003.

The alarming combination of plunging stock markets, sinking oil prices, collapsing emerging market currencies and the slowdown in China has left many market participants wishing 2016 was over already.

The renewed panic comes as political and business leaders gather in the Swiss Alps town of Davos for the World Economic Forum, which is likely to be dominated by the turmoil in global markets.

"The situation is worse than it was in 2007. Our macroeconomic ammunition to fight downturns is essentially all used up," William White, the Swiss-based chairman of the Organization for Economic Cooperation and Development's policy review committee and former economic advisor at the Swiss-based Bank for International Settlements, told The Telegraph in Davos.

The signs were there before Wednesday's market woes. US billionaire investor George Soros has warned that global markets are facing a 2008-style crisis as China makes the difficult transition from an export-driven economy to one that is more reliant on domestic consumption.

“China has a major adjustment problem,” Soros said. “I would say it amounts to a crisis. When I look at the financial markets there is a serious challenge which reminds me of the crisis we had in 2008,” Soros told an economic forum earlier this year, Bloomberg reported.

So, is it time to start stashing your savings under the mattress?

Here are four reasons why you should be very worried about the state of the global economy.

Blame the US Federal Reserve for this one.

Since the Fed lowered interest rates to near zero during the financial crisis, the world has been flooded with cheap money. Emerging market companies, banks and governments have responded by taking out dollar-denominated loans. Now that US interest rates are rising again and the dollar is strengthening, those debts are becoming a lot more expensive to pay back.

"Emerging markets were part of the solution after the Lehman crisis. Now they are part of the problem too,” the OECD's White told The Telegraph.

If you were thinking about taking an early retirement and living off the fat of your financial market investments, think again.

Wall Street is having its worst start to a year ever, with the S&P 500 falling more than 8 percent in less than three weeks. The losses have spread like a bad flu to other regions — China and Japan have tumbled into bear markets and London’s FTSE 100 looks set to join them. (The technical definition of a bear market is a fall of 20 percent or more from a recent high). European markets are deep in negative territory, too.

With the International Monetary Fund downgrading its global economic growth forecasts for this year and next, citing the ongoing problems with China and weak commodity prices, now is not the time to be perfecting your golf putt.

Global oil prices have plunged in the past 18 months and key benchmarks have begun trading below $30 a barrel, the lowest level in more than a decade, as a global glut and China growth fears weigh on demand. The International Energy Agency warned Tuesday the oil market could “drown in oversupply.” Sounds scary, right? It is.

Many businesses and consumers are cheering the low oil prices because it means gasoline is cheaper, which reduces their costs and gives them more money to spend. But there’s a downside. When oil is too cheap it can fuel deflation. One reason that's bad for an economy is that if consumers believe prices will fall further, they might delay making purchases, pushing down prices even more and creating a dangerous downward spiral. The domino effects can be devastating. Falling oil prices can also be a sign that economic activity is slowing.

4. China is slowing down

The latest data show China’s economy grew at its slowest pace in 25 years in 2015, confirming fears that the world’s growth engine is losing steam. It expanded by 6.9 percent last year, compared with 7.3 percent in 2014.

China’s deceleration has huge economic implications, now and in the long term. While the slowdown is partly a consequence of Beijing's efforts to wean the country off its addiction to export-driven growth, there are fears that Chinese leaders could lose their nerve and further devalue the currency to prop up the country's labor-intensive manufacturing sector. That could lead to a damaging global currency war and undermine confidence in China.