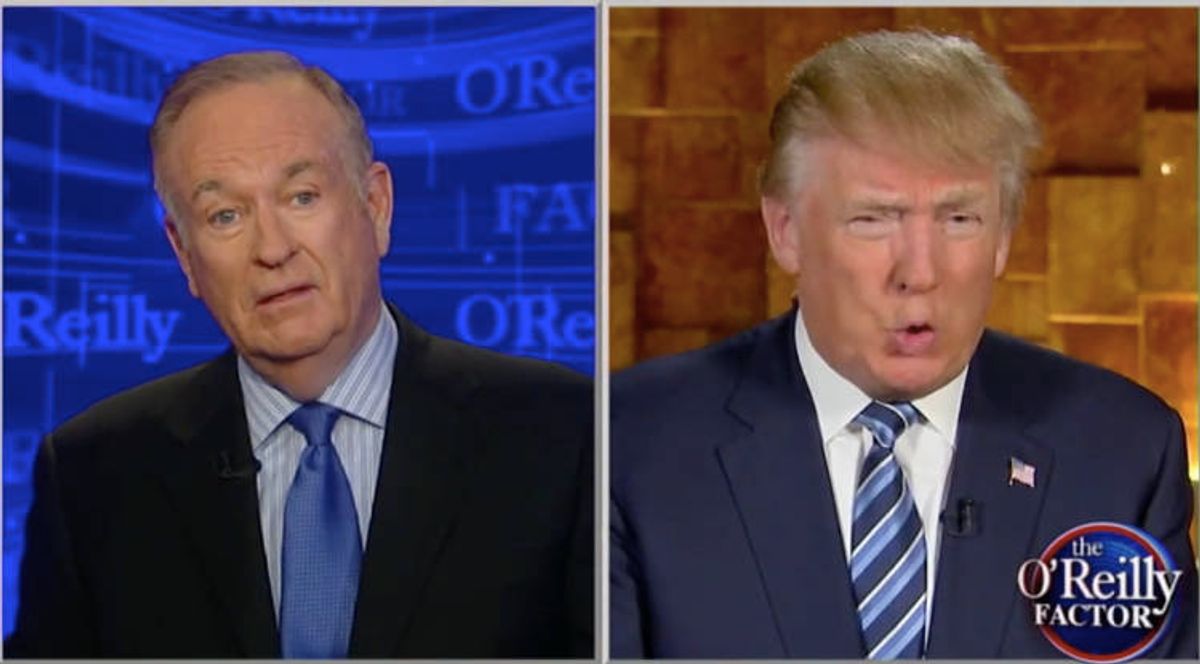 "Who would ever say something so nasty and dumb?" Trump asked on Tuesday, dumbfounded that the network that had once hosted him for weekly "Fox & Friends" segments had finally turned to releasing a press statement joking that "a nefarious source tells us that Trump has his own secret plan to replace the Cabinet with his Twitter followers to see if he should even go to" meet with Putin and the Ayatollah as president.

Well, according to both Sherman's reporting and reporting by CNN's Brian Stelter, Ailes did indeed approve of the network's diss. In fact, Ailes has cooled off his past relationship with Trump so much that Sherman reports "last night, Ailes directed Sean Hannity to cancel Trump's [scheduled] interview."

While many on Fox have done their best to circle the wagon in defense of Megyn Kelly (it's Trump's sexist reaction to her first debate question that set this whole feud off), at least one prominent Fox News anchor is defying the boss' orders to keep an open line to Trump.

In a further challenge to Ailes's power, Bill O'Reilly is scheduled to host Trump [Wednesday night]. Last night, Ailes directed Sean Hannity to cancel Trump's interview. O'Reilly's refusal to abide by a ban adds a new dynamic to the clash of egos. For O'Reilly, this is an opportunity to take back star power from Kelly. Sources say O'Reilly feels he made Kelly's career by promoting her on his show, and he's been furious that Kelly surpassed him in the ratings.

Word of Trump's appearance on "The O'Reilly Factor" came after Trump tweeted his latest insults towards Kelly:

"My guess is that people who bought advertising time thinking that Donald Trump was going to be on the stage are going to be very disappointed when nobody decides to watch that GOP debate," Lewandowski said later Wednesday on "Good Morning America."

"I'll be there" Kelly vowed in response to the Trump campaign's attacks on Wednesday, adding that "the debate will go on, with or without Mr. Trump."

The Trump - Fox News feud has already cleaved the conservative media landscape, leaving Ailes in a precarious situation as a shot caller with any influence in right-wing circles:

Meanwhile, Trump's moved on to trolling Ted Cruz on the topic of debates: