Larry Wilmore gets the last, best word on Planned Parenthood: "Here's the thing about bullsh*t. People remember it a lot more than the truth"

Planned Parenthood is cleared. But thanks to Fox and folks like Carly Fiorina, people will always believe the lies 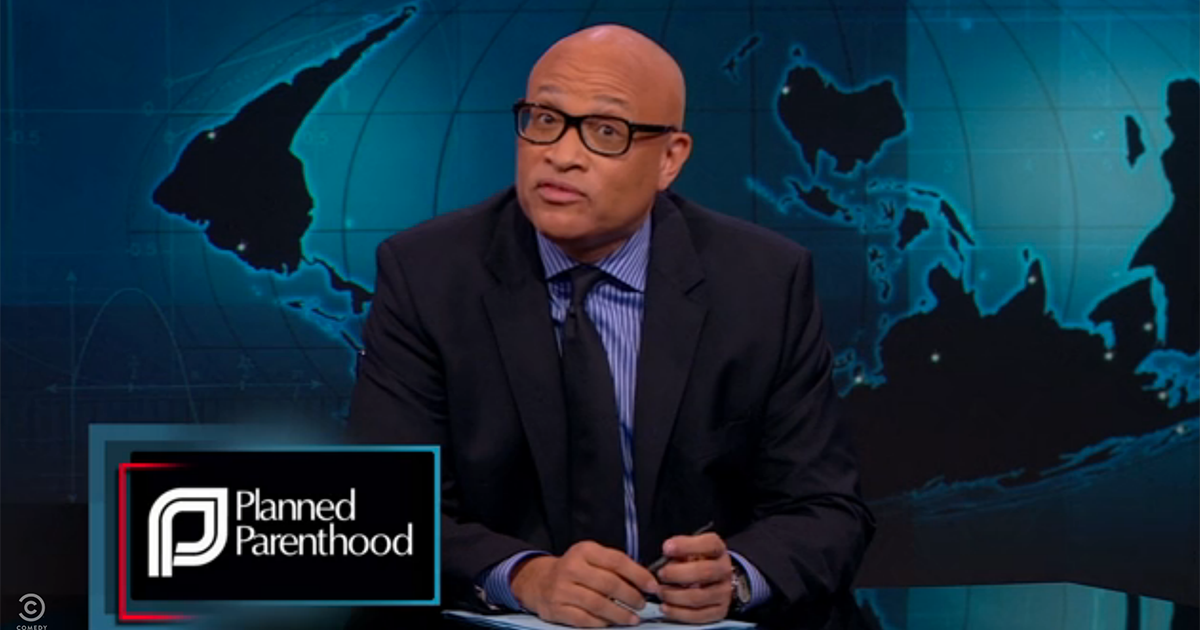 Larry Wilmore was proud to announce an actual "carriage of justice" on Tuesday, after so many stories "The Nightly Show" has done about miscarriages of justice. Monday, a Texas grand jury found no wrongdoing on behalf of Planned Parenthood. The folks who filmed the video, on the other hand, are being indicted on felony charges. "This is the best thing to come out of Houston since Beyoncé," Wilmore said.

But while Wilmore was excited for some actual justice for once, he was also a little sad. "Here's the thing about bullshit," he said. "People remember it a lot more than the truth. So even though Planned Parenthood has been cleared, in some people's minds, they incorrectly associate it with this," he said before rolling clips of Fox News and the GOP spreading the lies about "baby parts" and Planned Parenthood. "NO THEY DIDN'T!" Wilmore said pounding his desk with his hand.

He compared it to Donald Trump and Barack Obama's birth certificate. Even after Obama produced his long form birth certificate, 20 percent of people still believe Obama was born outside of the U.S. "In fact, this is another thing, 43 percent of Republicans still think he's a secret Muslim."