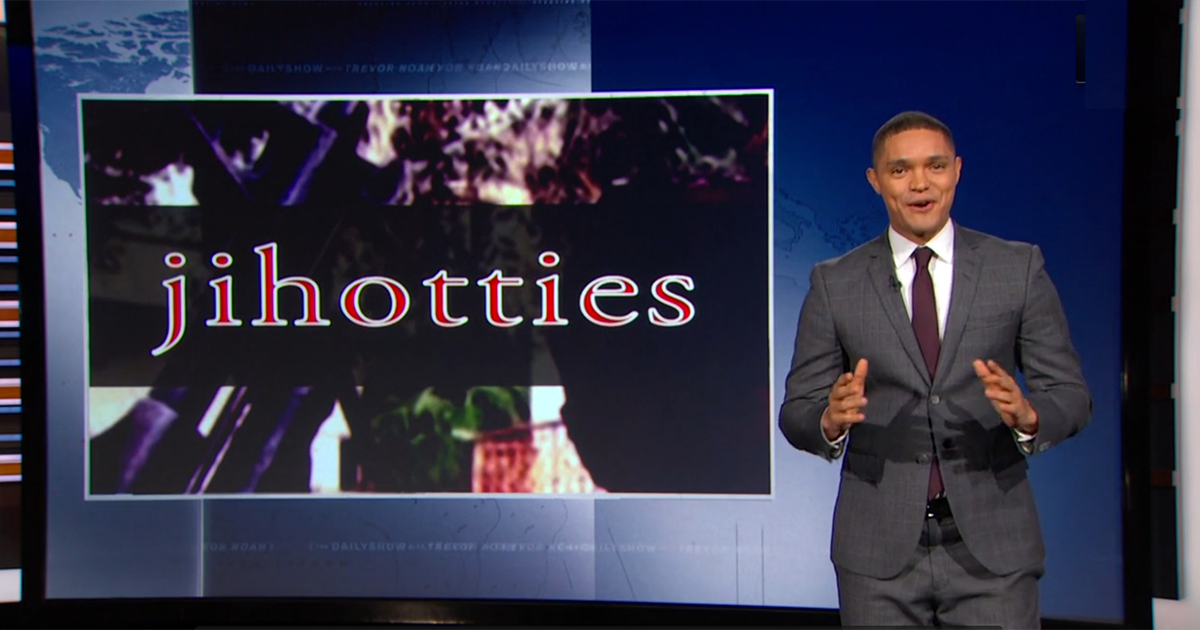 So, ISIS has its own dating website now. According to Trevor Noah, it's like the Match.com for terrorists searching for love. On Tuesday's "Daily Show" he mocked girls looking for the "bad boys" to date, "no, like, he's really bad. Like, really he's evil."

The terrorists are promised beautiful potential brides, even calling them "jihotties." "I want to see those profiles so much!" Noah joked. "Seeking jihotties for some 'califun.' No fat-was." But dating a terrorist isn't easy so ISIS has a plan for that, the women get recycled. If a terrorist dies they just move his lady-love on to another terrorist. And when it doesn't work out... "to the left to the left... all of your remains in a box to the left."

It's all a joke, but Noah brings up a genius idea. ISIS is encouraging the men to marry these women without ever even seeing them. "Do you realize how we could take advantage of that? Just put a bunch of Marines ... on those dating sites, then on the wedding night when the ISIS husband is like 'take off your burka!' It's like BOOM! You just got catfished by some SEAL Team 6, asshole!"