Wow, Stephen Colbert is so over the Democratic primary, too

"Wow, get a room, guys," he cracks, wondering why there's no debate, just love, at this week's Democratic forum 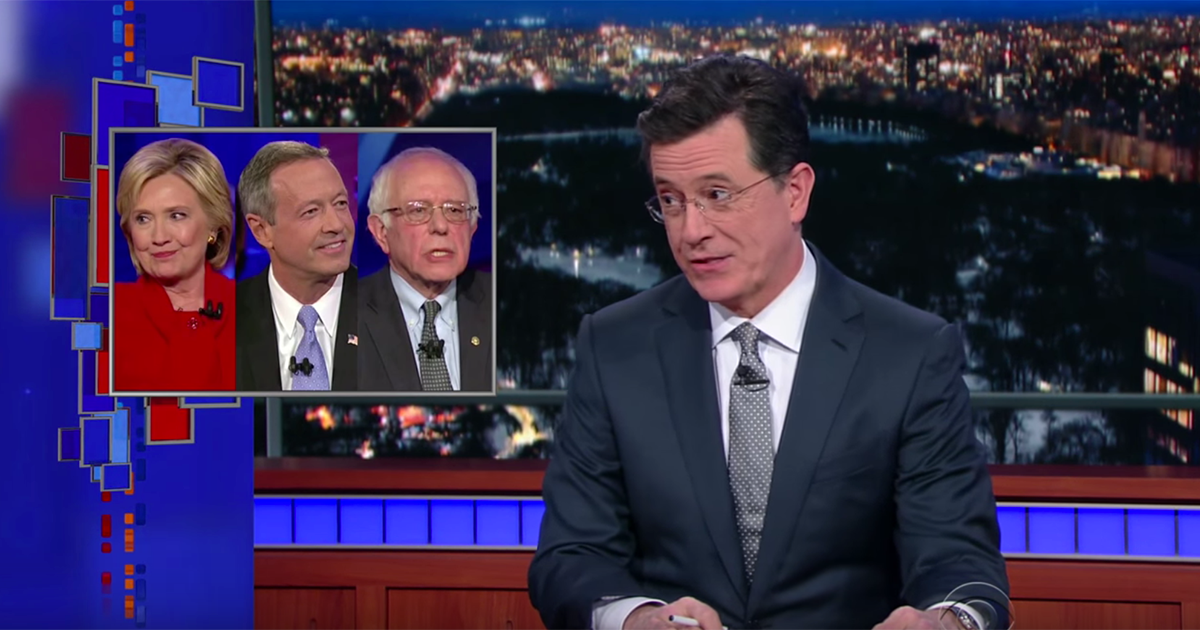 We all got to see something rare this week, Stephen Colbert reminded us on Tuesday's "Late Show." The Democratic candidates for president talked issues "on a weeknight." After a collection of top secret debates in 2015, Colbert was excited to finally see the Democrats in action. Only, there was no real action, it was more like a giant lovefest.

"Wow, get a room, guys," Colbert said after showing a clip of the positive things the candidates were saying about each other. "They are really trying to get every last vote, including each others." They weren't the only ones, the ruthless Iowa voters ready to ask the hard questions didn't show up either. Instead, it was these thoughtful, nice people asking questions like, "Secretary Clinton, why do birds suddenly appear, every time you are near?"

What the town hall also did was humanize the candidates, which inspired Stephen to also seem human, a tough task for the svelte god of intelligent late night. He stepped from behind the desk to take questions from his audience and not answer them just like a politician would. "I want everyone here to know that I have the vision and the leadership to take further questions," Colbert said. Powerful.