Truth be told, reparations are more incompatible with socialism than they are with Sanders' own leftist politics 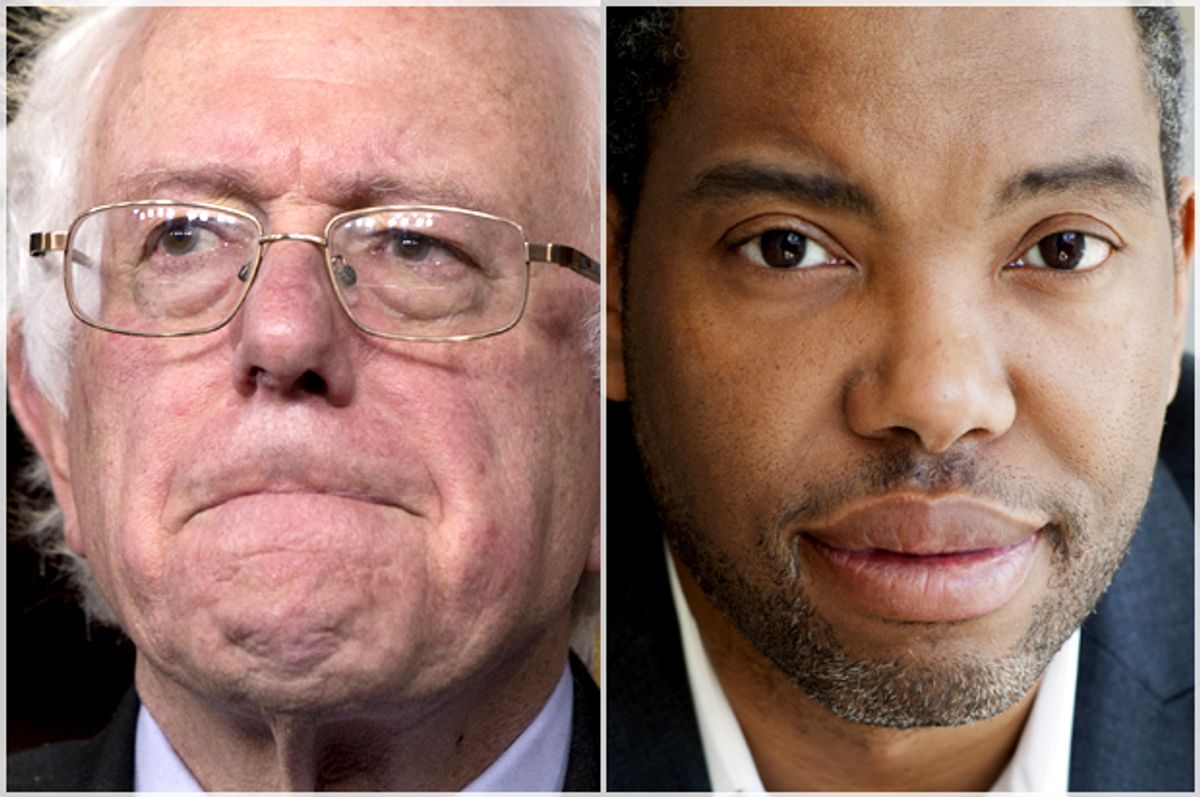 Ta-Nehisi Coates has set off another discussion of reparations, this time in reference to Bernie Sanders opposing them:

For those of us interested in how the left prioritizes its various radicalisms, Sanders’s answer is illuminating. The spectacle of a socialist candidate opposing reparations as “divisive” (there are few political labels more divisive in the minds of Americans than socialist) is only rivaled by the implausibility of Sanders posing as a pragmatist.

I've written often about the racial wealth gap and why reparations are necessary to close it (I, II, III).

In short, wealth is a stock that builds up over time and is passed down generations. Even if you could snap your fingers and make everything non-racist going forward, you'd still have wealth disparities owing to prior injustices.

With that said, I think Coates is a bit muddled when it comes to the political valence of reparations. Although it seems to be sociologically true that reparations has the most purchase among rank-and-file people with left-wing economic views, philosophically speaking, it is much more of a liberal project.

There are three basic issues with incorporating reparations into a truly hardline socialist view.

First, hardline socialists believe that the plunder of working people is ongoing. Every year, around 30% of what's produced by workers in this country is paid out to owners of capital who did not work for it. The share of the national income going to capital is described by socialists as having been coercively extracted from workers through property relations created and enforced by the government. These days, few socialists would say that the plight of the worker is anywhere near as brutal as the plight of slaves. But on a strict reparations-for-plundered-wealth type rationale, they would be committed to believing that most working people in this country are being plundered right now and have been for centuries. If you run back the tape for all capital income, you'd find that the reparations owed to non-slave workers likely even exceeds those owed to slaves (again under a socialist-type framework).

Second, hardline socialists do not generally believe that distributive entitlement is based on productivity. This poses a slight technical problem as reparation amounts are generally calculated accoding to estimates of slave productivity, with the implicit assumption being that people are owed what they produce. I say this is a slight technical problem because it mainly pertains to the calculation of reparations. The problem can be easily avoided by understanding reparations as compensation for an enormous crime rather than compensation for labor. This crime-based theory of reparations is how most reparations have worked, including reparations for victims of Japanese internment.

Third, hardline socialists generally believe that basically all wealth should be owned collectively (certainly big assets that make up the bulk of the national wealth). Reparations generally envisions a transfer of private white wealth to private black wealth. But, hardline socialists don't really believe there should be any private wealth. To be sure, moving private wealth into a collective pot would be a huge net swing (in a sense) to those who currently lack much wealth (including Blacks). But it seems that, for some at least, moves that "disproportionately benefit" Blacks don't count as true reparations. There has to be something above and beyond that.

Reparations finds a more natural home in "voluntarist" type libertarianism because adherents to that view describe plunder as flowing from so-called "involuntary" transactions. They don't view capital's share of the national income as plunder like socialists do (even though it is unearned in the sense that it is not labored for). And they endorse the idea that distributive entitlement flows purely from the fact that you obtained whatever you have through so-called "voluntary" means.

So from there, it's easy enough to say that, at least in theory, where wealth is gotten through "involuntary" acts (such as those involved in slavery), then you should right that wrong by transferring the wealth from the plunderer to the plundered. Once that is done, then the injustice created by the deviation from voluntarism is seen as cured, and laissez-faire anarcho-capitalist governance can continue on.

Although this is a fun philosophical discussion, it is actually somewhat moot when it comes to Sanders. But this is precisely because he's not really a hardline socialist. He should come out for reparations. Nothing about his own political philosophy commitments, which tend to be of the liberal social democratic variety, should make reparations a complicated issue for him.

But my point here is that, contrary to Coates' suggestion, Sanders is well-situated to seamlessly come out for reparations because he's not terribly radical. Reparations fits most cleanly within broadly liberal (and capitalist) conceptions of private ownership and broadly liberal (and capitalist) notions that distributive entitlement flows from some mix of "voluntary" transactions and personal productivity. Those who profess radical leftist critiques of these economic ideas actually tend to have the hardest time fitting reparations into their overall economic scheme. Put bluntly: you can't collectivize all the wealth and reparate it out privately at the same time.

Ultimately, even those with hardline socialist views don't have much of a practical reason to oppose reparations in the near term, even if is philosophically at odds with their ideal socialist system. Surely a more egalitarian distribution of wealth (in the Rawlsian "property-owning democracy" vein) is a grade better than what we have now even if it is not snap socialization. And reparations works towards that end while also possibly salving a historical crime whose economic and noneconomic effects are still painfully with us.