The Bernie Sanders revolution is probably doomed from the start 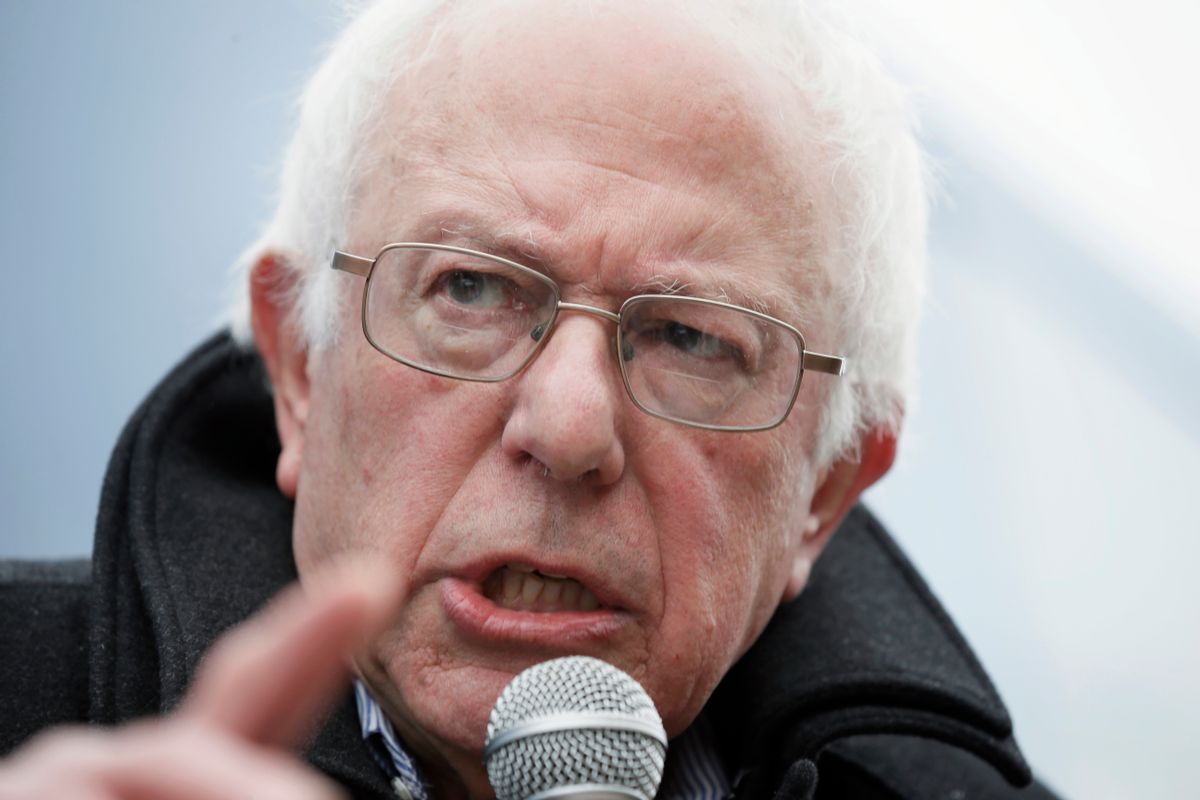 Michael Tomasky has a column up over at The Daily Beast exploring some of the reasons why he doesn’t think Bernie Sanders can win in a general election, even if he wins the Democratic primary first. It is a sober and well-considered piece that has probably brought a ton of grief and nonsensical memes with #FeeltheBern in 42-point Courier to his Twitter timeline. Good luck, Mr. Tomasky!

Somewhere in the middle of the column is a point I think is particularly worth thinking about, as it ties into what people mean when they ask about the mechanics of bringing about the political revolution that is the Sanders campaign’s raison d’etre. For awhile, the process among the Sanders faithful seemed to look something like this (with apologies to “South Park”):

Critics have started asking how exactly this revolution would give Sanders a more progressive Congress that would work with him on passing some of his announced legislative priorities like tax increases and single-payer health care, as opposed to the Obama-era Congress that has been ruled by feral wingnuts who can do nothing but squeak “BENGHAZI” like malfunctioning Chatty Cathy dolls. One line that has emerged from the Sanders camp posits that his election will be the crest of a wave that will also sweep into office more progressive Democrats and wash away the Republican majority.

There is nothing wrong with this belief. “Wave” elections are often a byproduct of the selection of a new president, though available evidence says that demographics and gerrymandering make this scenario for Democrats in 2016 about as likely as Tip O’Neill’s reanimated corpse coming to life to stump for them.

Still, any revolution on the scale of what Sanders promises will require more progressive politicians winning office, not just in Congress but at the local and state levels. Which brings me to this passage in Tomasky’s column:

Politico in early January published an interesting news story comparing Clinton’s and Sanders’s fundraising operations. Clinton raised more than $100 million in 2015, and Sanders $73 million. But here was the key thing: In addition to that $100 million Clinton bagged for herself, she raised an additional $18 million for Democrats around the country.

[…] Now maybe some of them didn’t want Bernie Sanders at their fundraisers, but that wouldn’t have prevented the Sanders operation from writing checks to progressive Democrats all over the country as a kind of down payment, which apparently did not happen.

Tomasky’s point is that the president is also the leader of his or her party, and Sanders doesn’t seem to care very much about the party he wants to lead. But beyond that, there is a point that cannot be emphasized enough, which is that if you want more progressive governance, electing just a president won’t be enough. You need progressives at every level of government.

Now, Bernie Sanders being a long-time mayor of Vermont’s largest city before his election to Congress, I’m betting he knows this fact very well. And if he doesn’t, all he has to do is look at the states, where conservatives over the last few years have captured the majority of governorships and state legislatures. Which has given some of them the opportunity to turn these states into political experiments right out of Arthur Laffer’s wet dreams, to the detriment of many of their citizens.

Perhaps Sanders believes that even the down-ballot Democratic candidates are not progressive enough, and his hope is that many of them will be booted from office by liberal challengers inspired by his own campaign. Or maybe his plan involves taking over the machinery of the Democratic Party after his election and using it to direct resources to more progressive candidates in 2018 and beyond. (In which case, good luck getting anything done in his first two years in office, which are historically a presidency’s most productive time.)

It’s possible that Sanders really will inspire enough people to stay engaged in politics beyond 2016, rather than melting away during the midterms as Democratic voters have traditionally done. Maybe that would be enough for him, just to change the conversation around the issues facing the American people and motivate new candidates to run for office on the promise of fixing those problems.

Or maybe he and his followers have a plan. Maybe there is, for example, a super PAC being formed by his supporters right now to fund liberal candidates at all levels. That’s a super PAC I would assume the candidate could get behind. All the bragging about the number of small donors he has is nice, but at some point that needs to be more than a talking point. There needs to be some muscle behind it.

But there is a reason revolutions succeed from the bottom up, rather than the top down. Right now, no matter what Sanders says, this is a top-down revolution. Which is a big reason to be skeptical that it can achieve the goals it has set for itself, and to wonder if there are better ways to expend resources.

The hard work of electing legislators at all levels of government is drudgery that will go on for years and years, and is less emotionally satisfying than the glamour of a presidential election. But in the end, it is where a political revolution is truly won.