Donald Trump insults the very veterans he's speaking to: "We don't win at the military anymore" 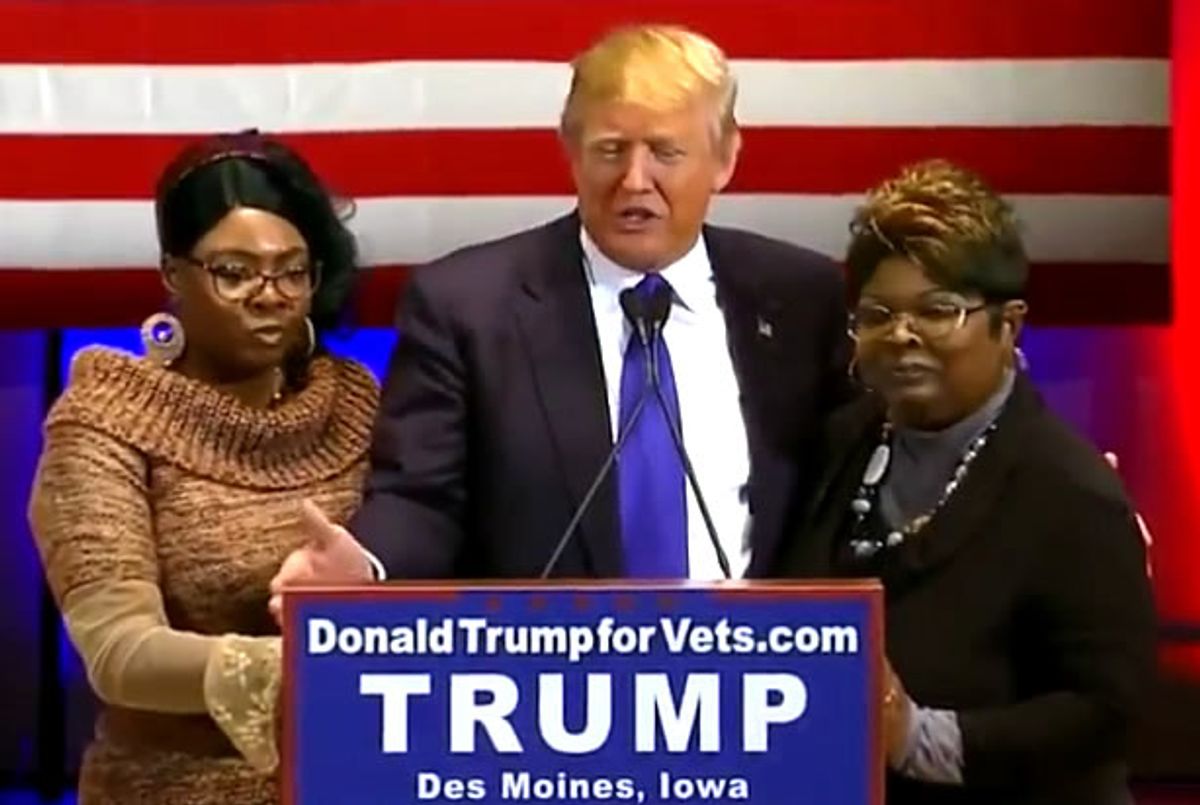 During Donald Trump's "Special Event for Veterans," Trump couldn't help but introduce a little campaign rhetoric into his celebration of the armed forces.

"We need to make our military so big, so powerful, we never have to use it. I see generals on television who are retired, but they're all talking," he said. "I want generals who want action," he added, apparently unaware that he was directly contradicting what he'd said all of twenty seconds earlier.

"I want General Pattons, I want General MacArthurs," Trump continued, "I want people who are going to keep up safe. So I just say this, we're a country that doesn't win anymore. We don't win on trade, we don't win at the military, we don't beat ISIS."

"We are going to win again -- at every single level -- and we're not going to be laughed at by the rest of the world, and believe me, they laugh at our stupidity." Trump launched into a story about sending weapons to allies overseas, and having to listen to members of the armed forces tell him that "they have the new versions of the weapons we use, they have the best weapons -- the enemy."

He also obliquely addressed claims that the Donald J. Trump Foundation has not lived up to its promise to support veterans by saying there was "a list of organizations we're donating too outside, and we picked ones with heart, because the heart is so important."