Donald Trump tells CNN that Fox News apologized to him, but it was too little, too late

"They could not have been nicer," the GOP front-runner said 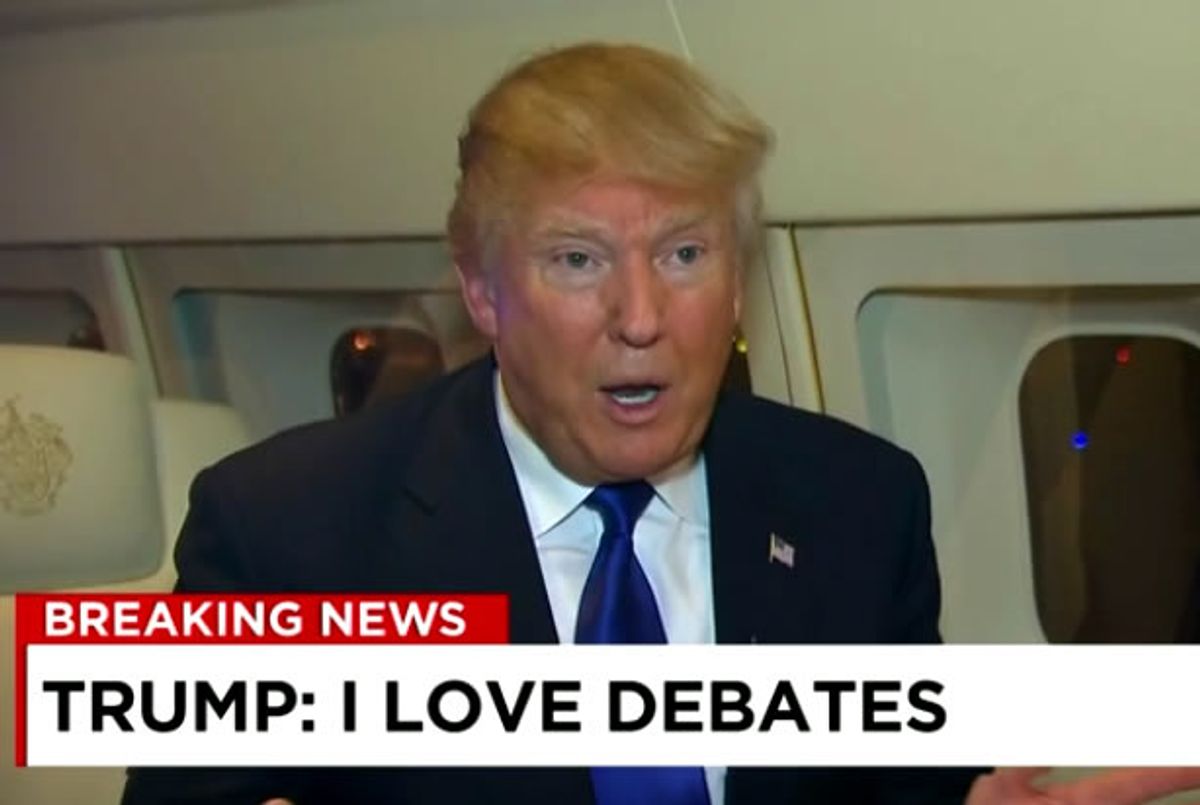 Donald Trump was briefly interviewed on "Anderson Cooper 360," during which he told CNN's Brianna Keilar that Fox News called to apologize and "they could not have been nicer."

When Keilar pressed Trump to reveal who at Fox had apologized, Trump said "I don't want to say, [but] I was treated very unfairly by Fox, but since then they've been very friendly, almost too nice."

"What I say is this -- you have to stick up for yourself," which is ostensibly what he's doing by hosting an event at the same time as the GOP's scheduled debate.