Insiders finger Wall Street for misspent funds and schools' poor performance. It's all part of a new PR strategy 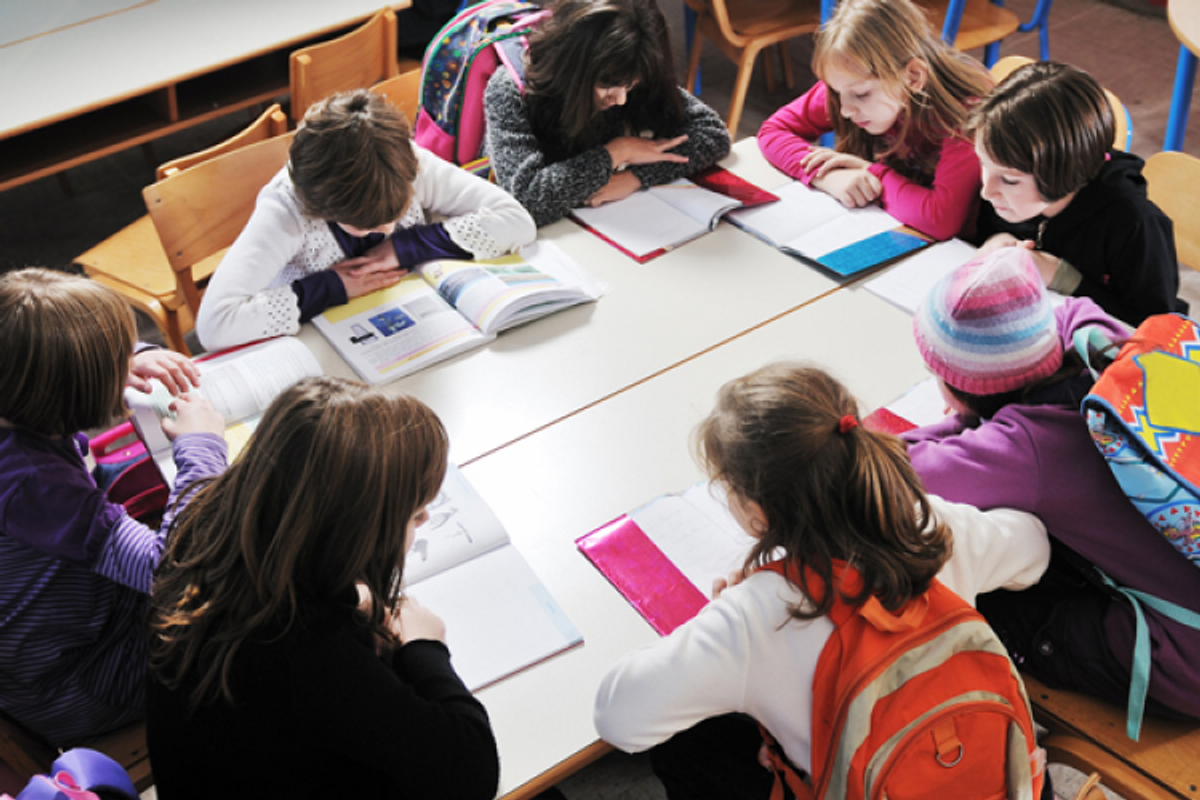 Charter schools, which have been criticized for grabbing billions in taxpayer dollars with promises to reinvent public education using corporate efficiencies and values, are finding themselves under fire from industry insiders who are saying that these hyped market-based reforms don’t work.

The criticism comes in the wake of scandals by some of the sector’s biggest for-profit players that have given the industry a bad name. But the remarks appear to reflect a new public relations and lobbying strategy, where allies of non-profit charter operators are blaming their for-profit brethren as a way to duck political fallout, avoid scrutiny for many of the same practices and to boost their market niche.

“National for-profit charter school operators have increasingly been in the press lately and not for good reasons,” begins a January column by lobbyist-consultant Alex Medler on EducationPost.org. “Based on how often for-profit operators embarrass the charter sector, many are willing to say it’s time to ban them.”

Medler is not merely referring to investigative reports in 2015 that found hundreds of millions of dollars was misspent or missing. Nor is he referring to studies that show online charter school—the industry’s fastest-growing sector—are dogged by dropouts, poor academics and last fall’s stock price collapse of K12 Inc., the nation’s largest online charter operator. It has approximately 90,000 students enrolled in entirely Internet-delivered instruction in more than 20 states.

He is referring to all those threads and a more basic one: “hubris” that the marketplace and all its vaunted know-how could fundamentally transform public schools and improve learning.

“For-profits mistakenly assumed that inefficiency leads to bad schools,” he wrote. “They thought national scale and business savvy would allow them to outperform the competition. Chalk it up to outsiders’ hubris, but any school leader will tell you that running good schools is much more complicated than getting operations to fit together efficiently.” Medler added that state and local laws governing how public schools are to be run also confounded these would-be reformers. “Both the profit and quality quickly evaded most of them.”

Not News To Longtime Charter Critics

These comments are not coming from longtime charter foes like advocates for traditional public schools, but from an industry lobbyist-consultant. But Medler, who goes on to argue that non-profit charter schools are a healthier breed—his field’s new talking point—is not alone in revealing deep doubts about the charter school industry.

James Merriman, the CEO of the New York City Charter School Center, added his voice to the naysayer chorus when he last month told Slate.com, “You can’t make a profit and get good results… any dollar converted [to profits] from being used inefficiently in an inner-city charter school is needed in the school.”

These statements by industry insiders about how free market tenets have not transformed public schools as promised are a notable crack in the propaganda armor surrounding the charter movement. But they also reflect a shrewd political move, where more enduring charter operators—who increasingly seem to be set up as non-profit businesses—are trying to uncouple themselves from their for-profit brethren in the public’s and lawmaker’s eyes.

“Yes, there is a recent trend with representatives from the charter school establishment openly criticizing the for-profits or even suggesting or implying that the for-profit companies like K12 Inc. should be covered under separate legislation (i.e., do not call them charter schools thus allowing remaining charters to distance themselves from the damaging news about online charters that continues to pop up across the country,” wrote Gary Miron, a professor of Evaluation, Measurement and Research at Western Michigan University’s College of Education and Human Development, in an e-mail to AlterNet. “In addition to the link you shared from Alex Medler, who has worked with the National Association of Charter School Authorizers, Alex has been posting similar comments on a discussion board about his concerns about for-profit EMOs.”

EMO—or education management organizations—is the Wall Street-created term for firms running charter school chains—like HMO refers to health maintenance organizations in the health care world. When charters emerged in the early 1990s as a reform idea, they were envisioned as a new type of public schools that would be small, locally run, innovative and open to all students. In the two decades since, they have become an industry dominated by growing brands—some for-profit, some non-profit—and the primary mechanism for privatizing public schools and public school functions. The sector has more than 6,700 schools with 2.9 million students across the country.

In many states, specially created authorities—not locally elected school boards—hire EMOs to run their newly created charter public schools. Miron said there were roughly 100 for-profit EMOs running about 900 schools and about 300 nonprofit EMOs running 2,000-plus schools. In all, they account for about 1.2 million students nationwide.

Miron, who also is a National Education Policy Center fellow at the University of Colorado, has been tracking the charter school industry for years and co-wrote a late 2015 report with Rutgers University’s Bruce Baker that detailed the various ways unscrupulous or greedy operators skim profits from running these schools.

That report identified four major areas where taxpayer funds were being diverted from academics into profit centers for owners-operators. What was most striking was the array of complex business strategies that have little to do with improving student achievement but much more to do with diverting money from classrooms, teacher salaries, real estate assets and funds obtained from selling government-backed bonds. The Center’s report is very complex and shows how many charter operators use an intentional web of interrelated for-profit and non-profit shells.

“It is very hard to distinguish the behaviors of for-profits and non-profits—consider the issue of administrative salaries for example,” said Alex Molnar, National Education Policy Center research professor and publications director.

The center’s reports have detailed why two business models are not as different as one may assume, as both have underwriters, targeted metrics and set their own salary and management structures—including no-bid contracts.

In other words, despite the public pronouncements by charter industry insiders that their for-profit operators are need to be quarantined and held to a different standard than their non-profit operators, it is a myth to suggest the industry’s internal divisions are so black and white.

The Center’s report highlighting the charter industry’s corruption-prone business model reenforces that conclusion. But what’s true is that for-profit companies that have sold stock are legally required to disclose different and more detailed fiscal information than charters that have been organized as non-profits.

That makes them an easier target in the media’s eye. That’s especially true of the higher-profile for-profit chains that were not delivering anticipated revenues for their Wall St. investors, primarily because they learned that running any public school is complex and hard.

K12’s seems to be the field’s Exhibit A for the “hubris” that industry consultant Alex Medler wrote about on EducationPost.org—vastly overpromising and then underperforming. The firm is the nation’s largest provider of internet-only public schools. Its stock dropped more than 20 percent last fall after embarrassments could not be swept away. They had sub-par test scores, dwindling enrollments, and management contracts that were not renewed. That came after investors betting—and winning—that their stock would crash, and admissions by former employees, like marketing director Houston Tucker, who told Bloomberg.com that “K12 grew too fast and invested too little in instruction.”

But despite this new wave of insider-driven criticism, Miron said the industry’s for-profit sector has not stopped growing—even with calls for a moratorium on new schools by industry insiders like Medler and other vocal critics such as the locally elected high school board in Anaheim, California.

“Our research shows that the growth of for-profit EMOs has slowed but—on the whole—they still are growing,” Miron said. “I am not aware of increase of action to implement charter moratoriums.”