Colbert is ready to fight for the 24 million viewers up for grabs in a Trump vs. Trump Off! 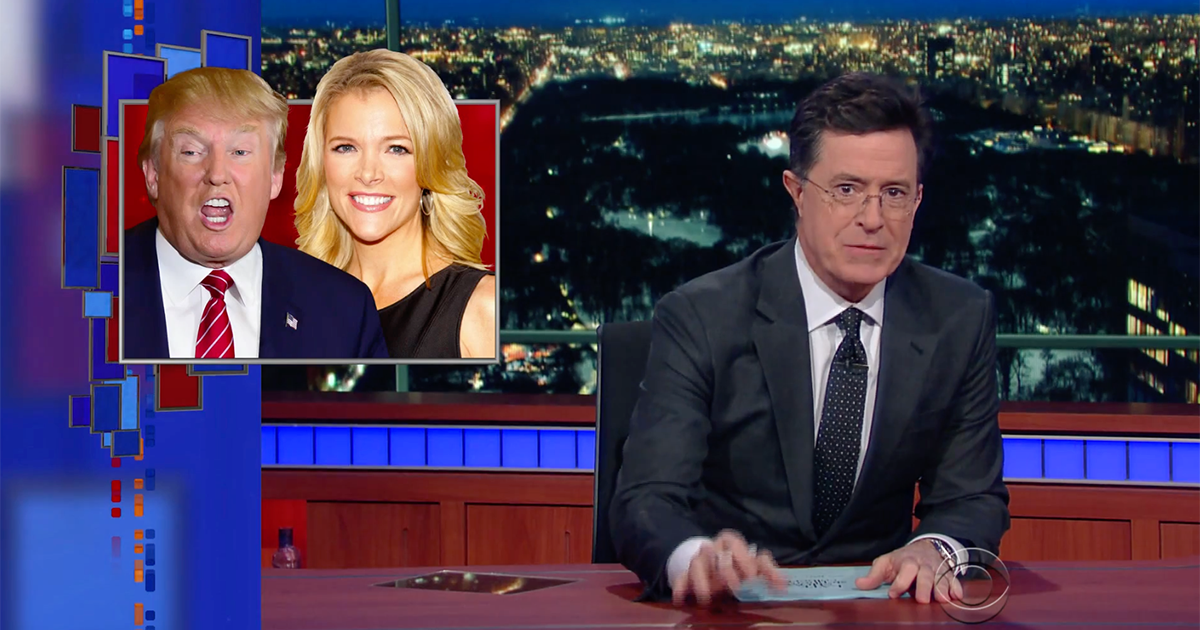 The fact that Donald Trump sat out Thursday night's debate because of his ongoing feud with Megyn Kelly made Stephen Colbert not want to even watch the debate. He explained to his "Late Show" audience that a debate just isn't the same without Trump.

"Why would he want to practice going head to head with a strong blonde woman," Colbert said with a photo of Hillary Clinton beside Trump. He read the mocking statement from Fox News explaining that Trump won't be allowed to blow off international political leaders who challenge him. "We all know he brings huge ratings. After all, he is the star of this year's top reality show 'Celebrity-a-President,'" Colbert joked.

Without Trump in the debate that means that there are 24 million viewers up for grabs. So if Fox News won't go all in with Trump, Stephen sure as hell will. He's having "The 2016 Top Trump Tremendous All-You-Can-Trump Luxury Presidential Debate." Mashing up videos of Trump, Colbert hosted the first ever Trump against Trump debate.

Check it out in the video below: