"This is the lie that Ted's campaign is built on": Immigration sets off an epic Rubio-Cruz debate and divides conservatives

Even without Trump, a bit of flare finally lit up the Fox debate stage and left conservatives on Twitter uneasy 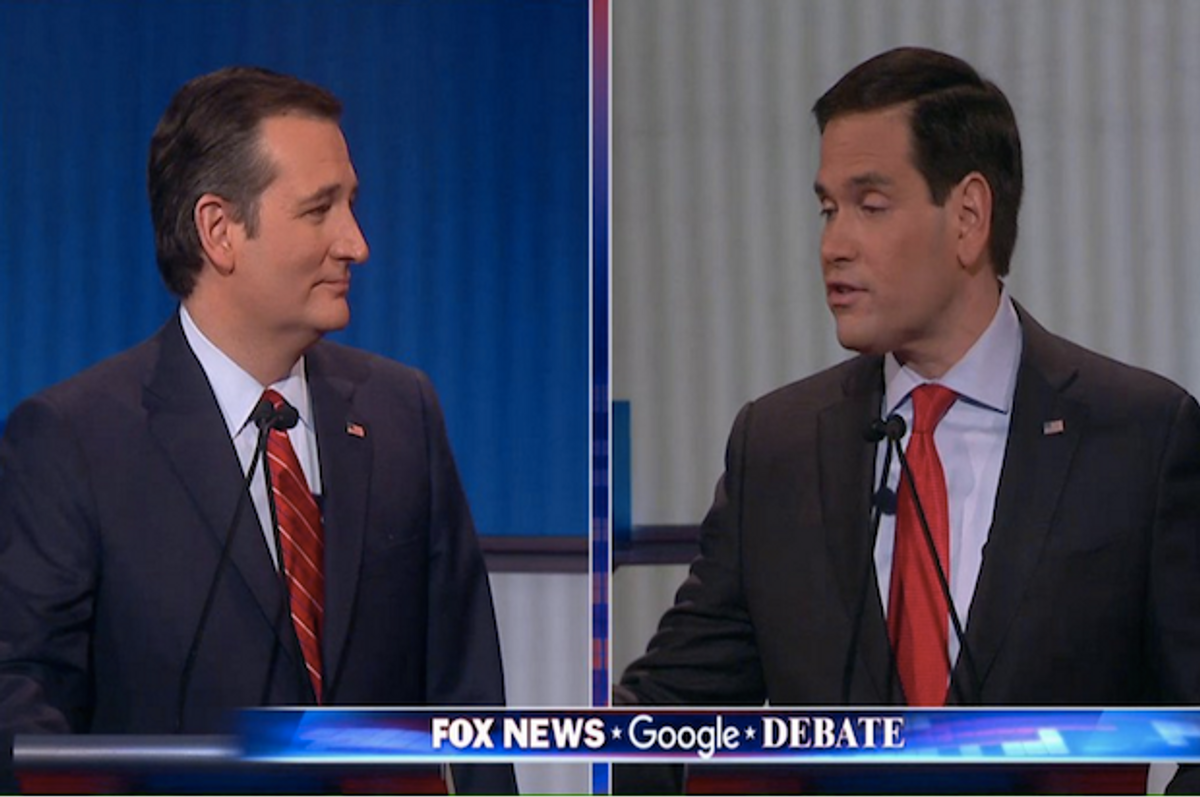 Midway through the second hour of Fox News' GOP debate, moderator Megyn Kelly presented a video montage of Marco Rubio, Ted Cruz and Jeb Bush all appearing to flip-flop on immigration. That's when the gloves finally came off.

“You’ve been wiling to say or do anything in order to get votes,” Rubio lashed out at Cruz, setting off an immigration squabble. "This is the lie that Ted's campaign is built on."

"I'm kind of confused because he was the sponsor of the Gang of Eight bill," Bush jumped in, curiously deflecting fire from Cruz to continue his attack on Rubio.

“It’s perfectly legal in this country to change your mind,” Chris Christie finally interjected in a weak attempt to return civility to the debate.