At the time, it seemed out of character -- but now Carlson sees it has all the "hallmarks of a Trump attack" 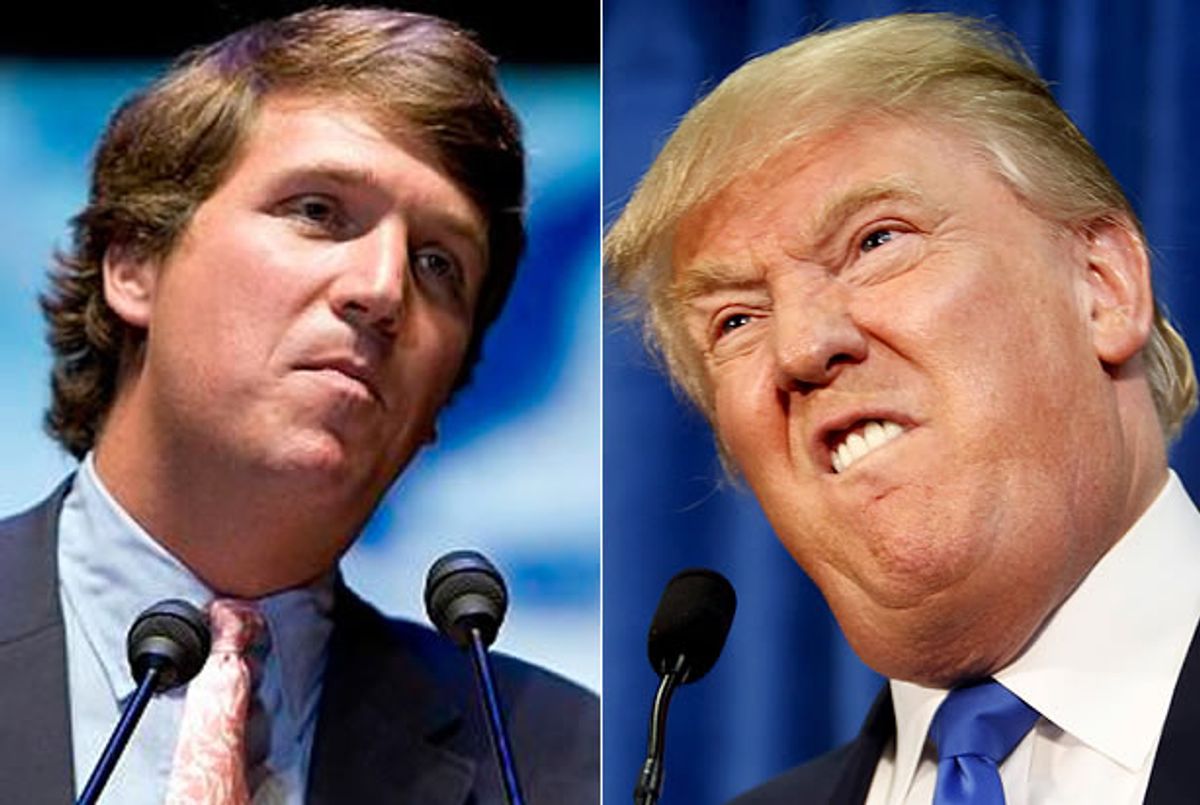 In an essay for Politico, Fox News host Tucker Carlson recalls his first encounter with Donald Trump, about 15 years ago, in which the current GOP front-runner left him a vulgar message on his answering machine.

Carlson wrote that he had "said something nasty on CNN [his employer at the time] about Donald Trump's hair. I can't remember the context, assuming there was one[, but] in any case, Trump saw it and left a message the next day."

That message, according to Carlson, was "it's true you have better hair than I do, but I get more pussy than you do."

"At the time," Carlson wrote, "I'd never met Trump and I remember feeling amused but also surprised he'd say something like that." Now, however, "the pattern seems entirely familiar," as "[t]he message had all the hallmarks of a Trump attack: shocking, vulgar and indisputably true."

Read the rest of Carlson's article at Politico...