"You just kill one and get f**ked by the other": Trevor Noah turns the Ted Cruz/Donald Trump battle into an epic game of FMK

"Aww, ease up guys. You're both horrible": Trevor Noah mocks the GOP's struggle with their two frontrunners 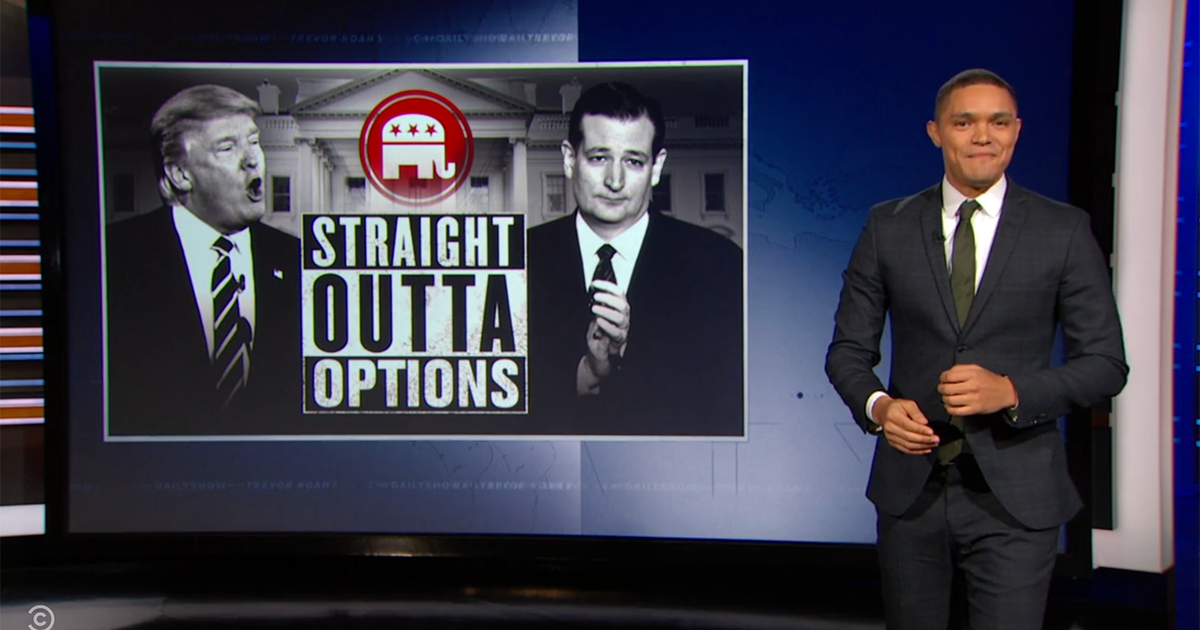 "Geez, you guys get a room!" Trevor Noah mocked Donald Trump and Ted Cruz's former bromance on Thursday's "Daily Show." "Just any other room but this one," and he showed a photo of the Oval Office.

The pathway from love to frenemy all started when Cruz's polling numbers began to go up, he explained. But now it is an all-out war to insult each other and take the feud to new levels. "Aww, ease up guys. You're both horrible," Noah explained after showing clips of the two insulting one and other. "You need to save some of that energy for hating Mexicans and Muslims, come on!"

Noah said that he felt bad for the GOP because they have to pick from these two. All of the other candidates are polling so far below Trump and Cruz "it doesn't seem like anyone has a choice. "This is like a political game of Fuck Marry Kill. Except there's no marry. You just kill one and get fucked by the other."