These are the most murderous cities in the world

A new study finds Latin America is home to 41 of the 50 most lethal metropolises, with Caracas topping the list 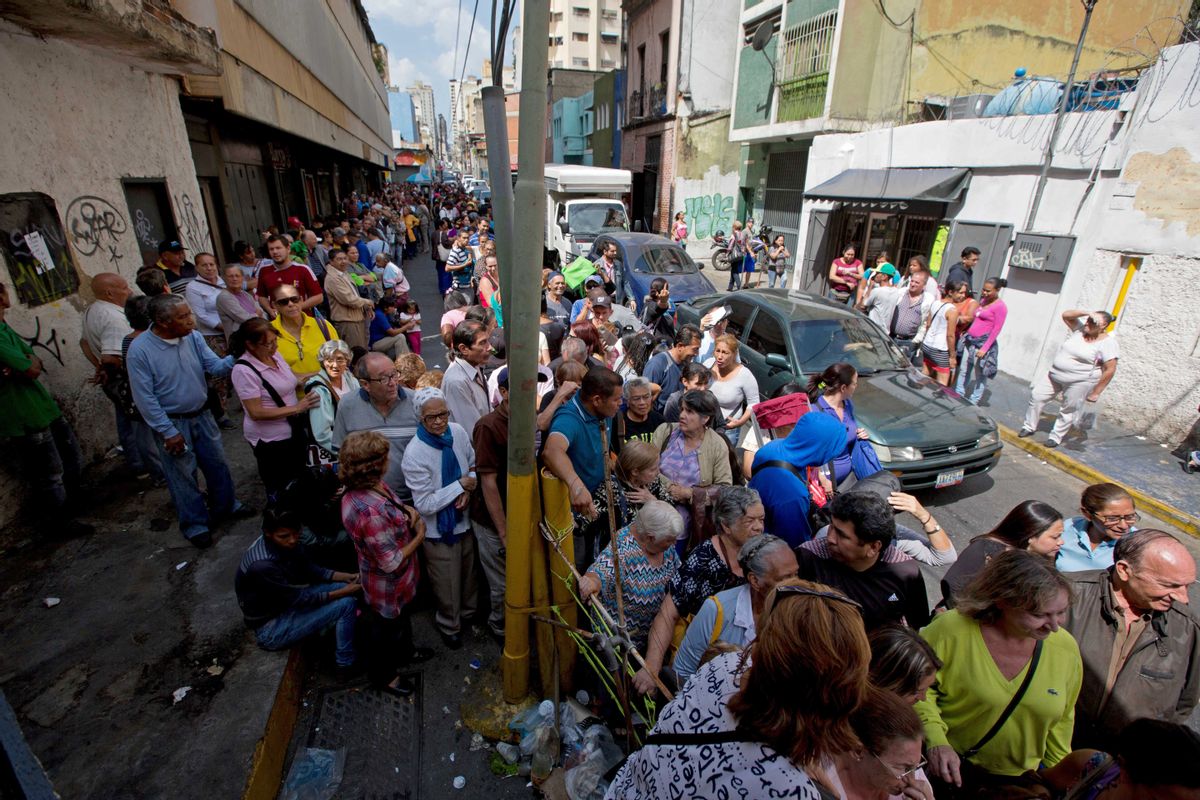 LIMA, Peru — Just when Venezuelans thought things couldn’t get worse, that’s exactly what they did.

The capital Caracas has now been ranked as the most murderous city on Earth, according to a new study by Mexican think-tank the Citizens Council for Public Security and Criminal Justice.

To put that in context, the United States — easily the most murderous of Western developed nations — has a rate of 4.7, according to the United Nations’ most recent comparative study (page 126) of national homicide levels, from 2013.

Meanwhile, Australia, Japan, New Zealand and most of Western Europe had rates that year of around one murder per 100,000 residents, that UN study shows.

Venezuelans don’t need more bad news. They’re already suffering from economic catastrophe and an authoritarian government that, instead of listening to its many critics, accuses them of “fascism.”

Economic woes include inflation that the IMF predicts will hit 720 percent this year, and widespread shortages of everything from bread to birth control to cancer medicines.

Caracas — and Venezuela generally — has long been a lethal place. The country has a national murder rate of 54, according to the 2013 UN survey, 10 times that of the US.

The Venezuelan capital ranked as the second most murderous city in the world in the 2014 Mexican study. It rose in 2015 to the top spot largely due to a dip in the bloodshed in San Pedro Sula, Honduras’s gang-ravaged second city that was previously the world’s most homicidal.

Overall, Latin America confirmed its statistical reputation as the world’s most violent region; 41 of the 50 cities in the report are in Latin America.

San Pedro Sula’s murder rate was 111 per 100,000, putting it at No. 2 in 2015, while the third ranked city was San Salvador, the capital of El Salvador, with 109. Worryingly for tourists, the Mexican beach town of Acapulco came in fourth, with 105, although the victims are overwhelmingly locals rather than visitors.

Twenty-one of the 50 most murderous cities were in Brazil, while eight were in Venezuela, five in Mexico, three in Colombia and two in Honduras. Another four of the cities on the list are in South Africa.