Azealia Banks endorses Donald Trump in epic Twitter rant: "We may as well put a piece of s**t in the White House" 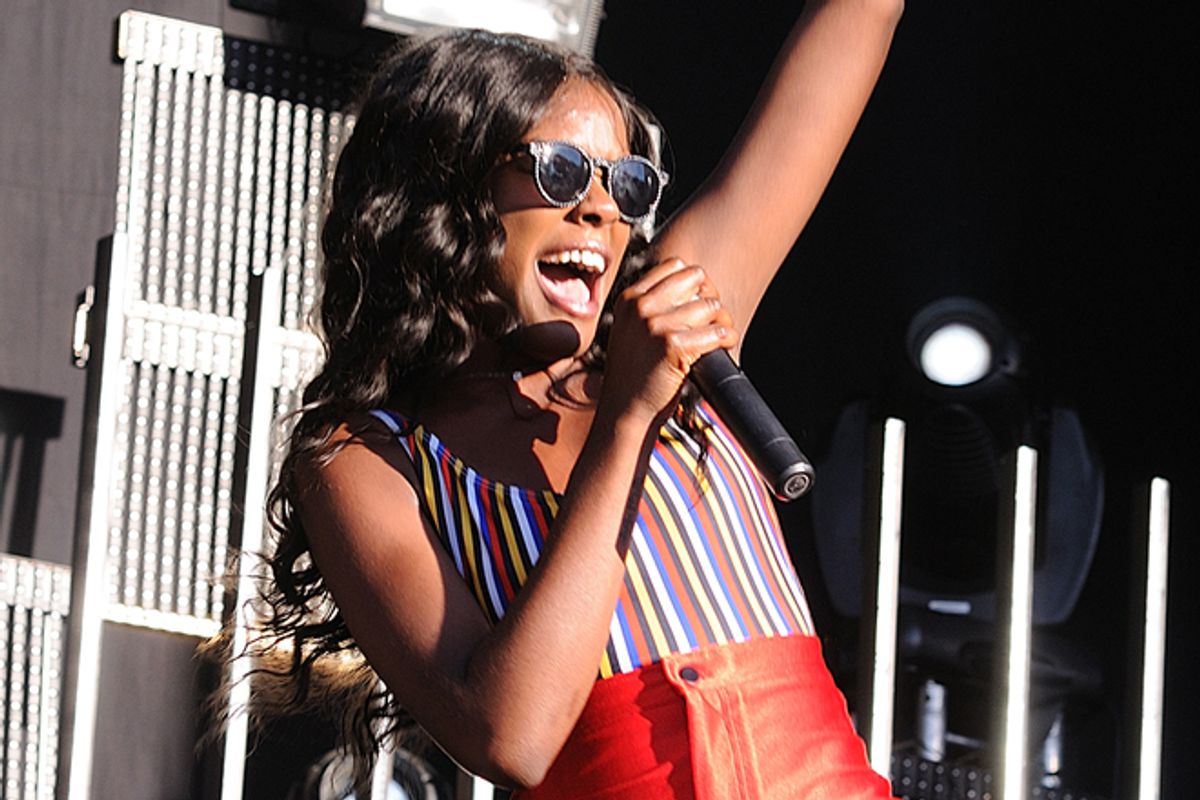 And she has an alliterative (if not substantive) argument in favor of doing so:

And maybe some of you aren't convinced by Trump's big business-busting balls, so Banks rattled off a little over a dozen more reasons why #Trump2016 is the logical choice. Among the more persuasive:

At this point Banks' pro-Trump rant makes sense for what it is and should be: satire. Trump is a capitalist bully. Proceed:

Also, a Trump presidency would be ... the next step toward reparations?

If at this point it's becoming too tough to differentiate Banks' veiled critique from an endorsement of the status quo, don't sweat it; this definitive summation should help tie up any loose ends:

Now that we've sifted through and found her thesis, I wonder: Why take such a roundabout path to reach such a reductive conclusion?: