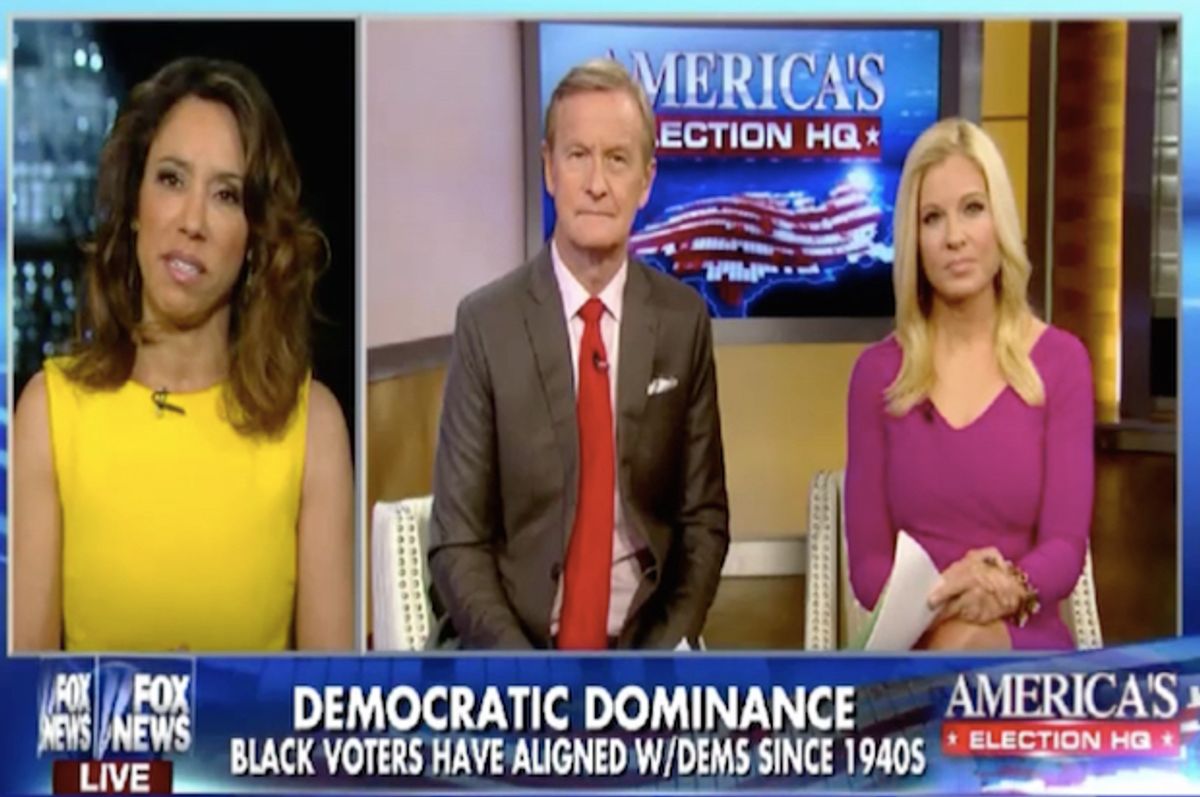 While most morning news programs devoted much of their Monday coverage to tonight's highly anticipated Iowa caucuses, Fox News' "Fox & Friends" took some time to examine the importance of the African American vote on this first day of Black History Month, only to blast black voters for "slavish support" of the Democratic Party.

Guest and conservative pundit Crystal Wright (aka GOPBlackChick) began by arguing that Donald Trump is the only Republican presidential candidate credibly suited to compete for the African American vote, citing his plans for mass deportation as a boon to blacks and applauding the billionaire frontrunner for not "pander[ing]" to Black Lives Matter.

"He's the only one really talking to black voters in my opinion on the Republican side," Wright told co-hosts Steve Doocy and Anna Kooiman.

"Let's talk Democrats," Kooiman later pivoted. "And you have a theory that they are essentially buying the African American vote. What do you mean?"

"Blacks have shown a slavish support for the Democrat party for over 50 years," Wright replied. "Part of me wonders if the Republican party should even bother asking for the black vote because black Americans seem to like being political dummies."

.@GOPBlackChick: "Blacks have shown a slavish support for the Democrat party for over 50 years”https://t.co/Kjy3kFgd1y