No, Iowa should not have so much power over the country's future. But that's just the start of the problems 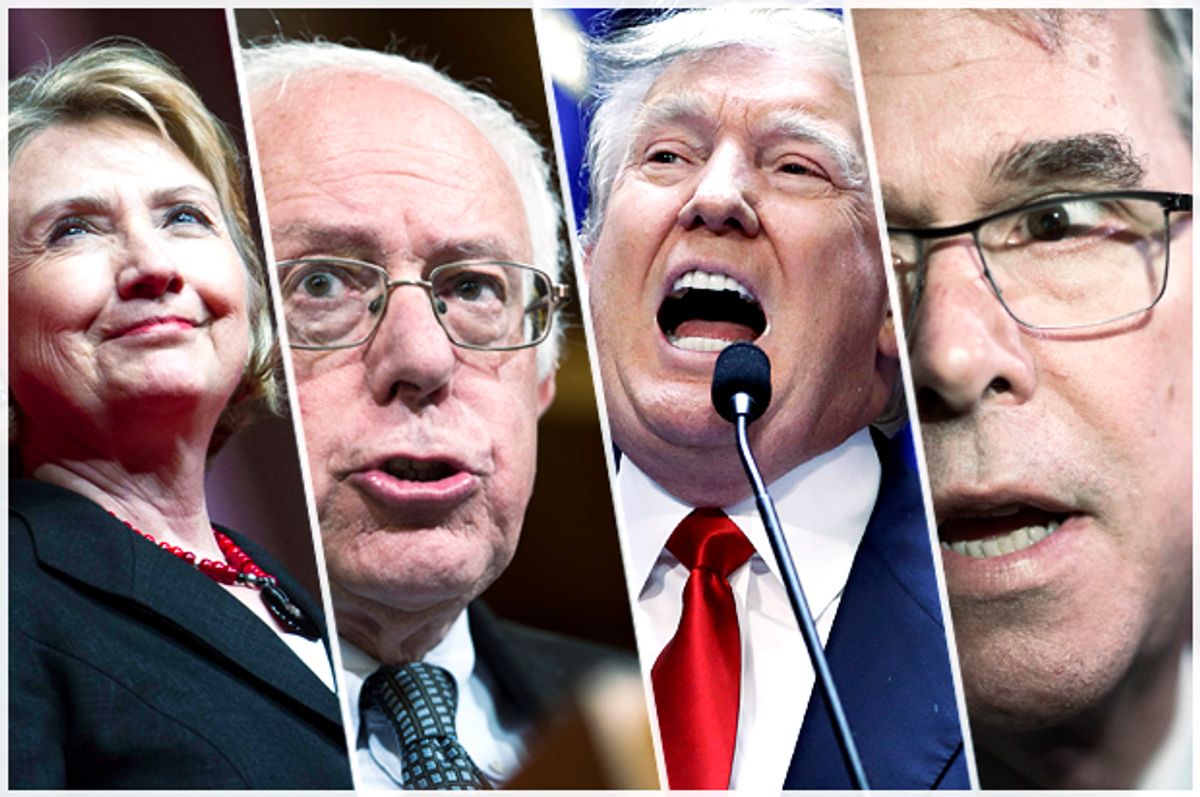 On Monday, over 10 full months since Ted Cruz became the first candidate to announce that he was running for president in 2016, Iowa will hold its first-in-the-nation caucuses.

After that, both the Democratic and Republican primaries will go straight through for four months, with some state parties holding primaries and caucuses on different dates than the other one. Some states will hold caucuses, and others will hold primaries; some will hold “open primaries,” meaning anyone can vote, and others will hold “closed” primaries, meaning only registered party members can vote; some primaries will be “winner-take-all,” which means the person who wins the popular vote in that state gets all of the delegates, while other states proportion their delegates. Finally, there are people (usually party elders and elected officials) called “superdelegates” who aren’t tied to a state’s primary, and can vote to support whomever they want. (Note that this is partly why “establishment figures” have so much of a leg up on the primary process.)

By the time this primary season is over, your grandchildren will hopefully still be alive. They’ll hopefully know who the nominee will be by then, and will be lucky enough to get a brief respite from a constant shouting match about electoral politics. If they aren’t so lucky, then it’s time to start talking about a brokered convention!

This is all to say that the way we pick presidential nominees in this country is profoundly stupid. Not only is this system highly convoluted and completely unrelenting, it’s also unfair — not just to the candidates, but to voters in states that aren’t holding their primaries prior to March.

If the general election factored even a little bit into the primary process, having two swing stages go first would make sense, but it doesn’t. Iowa and New Hampshire are both contributing a minute share of the total delegates at each convention, because those states have a combined total of less than 5 million people living in them, making up a total of 10 electoral votes. Nevertheless, the candidates have all spent countless days and months in these two states and South Carolina, all in order to try to score a quick victory that keeps their candidacies afloat until mid-March.

Meanwhile, chances are that California, with its June 7th primary and a number of delegates over 6 times that of Iowa and New Hampshire combined, will not get much of a say in the primary process at all, considering we haven’t had multiple rounds of voting at a convention since the 1976 Republican race. Other states have moved up their primary dates in order to have a bigger influence on the outcome of the races, but those who have impeded a bit too much into New Hampshire and Iowa’s territory have been smacked down by the national parties.

In fact, North Carolina voted to move all of its primaries to March 15th this year, in order to both maximize its impact on the presidential race and minimize the amount of elections its residents have to go through. No one, except for people with a vested interest in politics, should have to seriously think about an election for Senate or lieutenant governor (and in North Carolina’s case, Secretary of Public Instruction) nearly eight months out from the general election.

It’s not even like this system is particularly ingrained in American politics. Up until the 1940s, the parties essentially chose their nominees in smoke-filled back rooms; Eisenhower’s use of a write-in win in New Hampshire’s primary in 1952 to launch his campaign was the first time primaries actually mattered, and it would take another 24 years to have primaries and caucuses in all fifty states. (Iowa, ironically, was one of the last states to get on board.)

When it comes to fixing America’s dismal system of elections, the way we do primaries is admittedly further down on the wishlist than, say, making it so oligarchs can’t buy their chosen candidate’s way to the nomination, or making elected office more accessible for people of color and the working class. But there’s an obvious way that we could do this that would be both an easy and logical fix: just make them like every other election.

In nearly ever primary in every state and municipality, primaries (like general elections) are just a one-day election between the candidates, and the winner is the party’s nominee and goes onto the November election. In the event no one clears the 50 percent threshold, some states (such as Louisiana) have another runoff election between the top two or three vote-getters.

If the system was set up in a way where the primary was held in June before the party conventions in late July/August, it would be a much more convenient system for everyone. All party members would have the same uniform voting date, and if it’s a popular vote, everyone’s vote counts exactly the same. If one candidate doesn’t get more than 50 percent of the vote, hold another runoff election between the top two candidates a month later. Announce the winners at the conventions — maybe people will start watching them more often.

The end result is that there would be a much-shortened primary race, a system where everyone’s vote is distributed equally, and, for elected officials, more time spent doing work for candidates who are currently elected officials, and maybe less than two years spent as a legislative “lame duck” for the president who’s currently serving. Maybe it’ll free up some attention for the actual work of government.

Obviously, this wouldn’t solve all of the problems with the two-party system, not the least of which is the fact that it’s been so utterly rigged against third parties, to the point where candidates like Bernie Sanders must run in a party they have never been a member of in order to even have a shot at the presidency.

At this moment in time, reform doesn’t seem too realistic: There are far too many stakeholders, from the parties to cable networks to the news media to the candidates themselves, who have benefitted immensely from this never-ending campaign cycle to make s a reality. It’s not likely that this decision could be made for one party but not the other, as no one would willingly cede all of the media attention to the other party, and it’s also not likely that both parties would work together anytime soon to come up with completely new, similar systems.

Making a change to make the primaries uniform, however, would benefit the country’s democracy in the long run. With less media attention on the candidates, fewer would feel the pressure to announce their candidacy over a year in advance, and those candidates who are currently serving in elected office might be more inclined to show up for votes or prioritize emergency services over badly running for president.

The only argument against changing this outdated and complicated system, then, seems to be the answer that a "Cafferty File" viewer gave to the same question back in 2008: “A national primary would be an excellent idea. However, we would lose a lot of drama and Americans love drama.”