She attempted to deny having made the comments, then claimed she was "promised" she wouldn't be asked about them 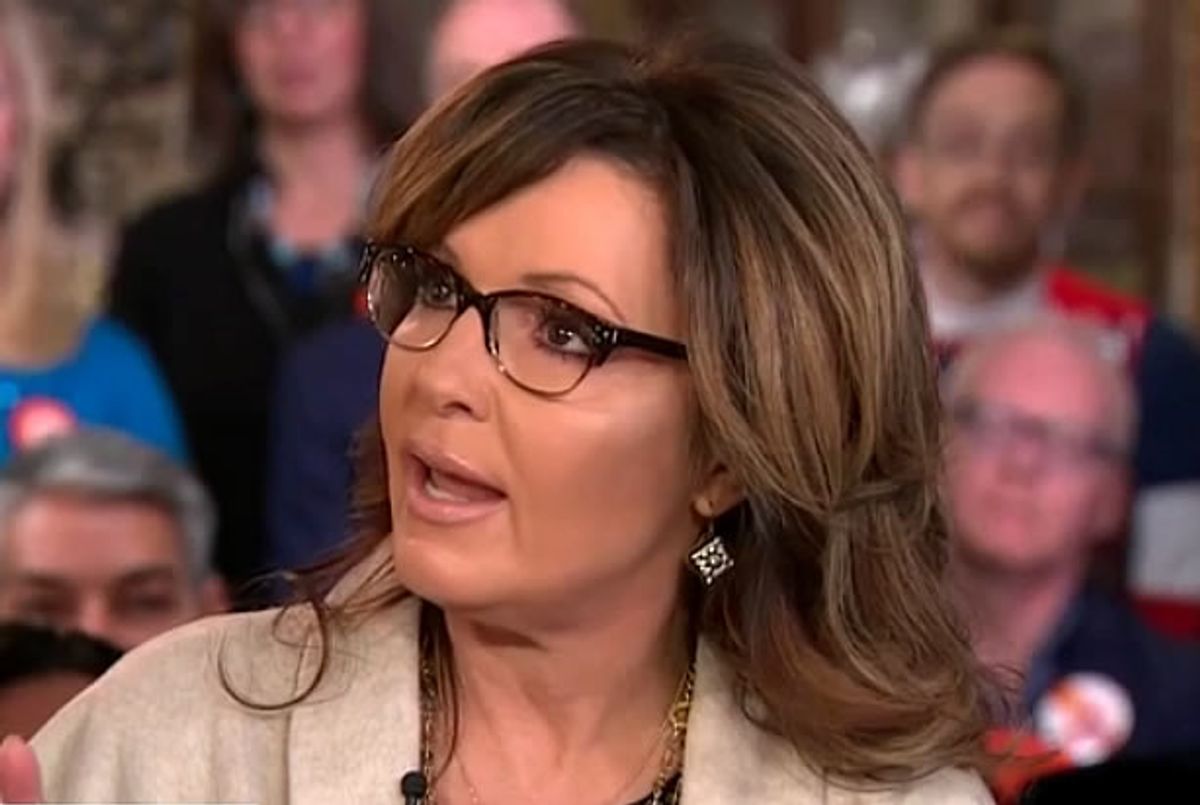 Former half-term Alaska governor and failed GOP vice presidential nominee brought her wisdom in all matters political to bear on tonight's Iowa caucuses on "Today" Monday morning, telling hosts Matt Lauer and Savannah Guthrie that she believe Iowans "are ready for restoration to constitutional government again, and Donald Trump is the one that can do this."

Lauer asked her if it was difficult to choose between Trump and his closest competitor for the GOP nomination, Texas Senator Ted Cruz, and after taking credit for Cruz's election to the Senate -- he wasn't "a blip on the radar" before she endorsed him, she claimed -- she said the decision wasn't difficult at all.

"I support [Cruz] being there in the Senate, to be a fighter for the American people, for our will," she explained. "I want to keep him in the Senate, and I want Donald Trump to be our president."

As for Trump, "you can compare him to someone like Ronald Reagan, who, at one point, he was a registered Democrat even, and then he saw the light. I am so glad that Donald Trump is on our side when it comes to the political spectrum. We should celebrate that he has come over on the right side."

Guthrie attempted to ask Palin about the recent arrest of her son Track, saying "you talked about it, and then you mentioned PTSD and you said that President Obama may be to blame for some of the PTSD that’s out there."

Palin denied ever having said that, even though she did, and then complained that she was "promised" that the interview would only be about politics. "As things go in the world of media, you don’t always keep your promises, evidently."

Lauer tried to press her, asking whether she regretted that comment about Obama being responsible for PTSD, to which Palin replied, "What did I say that was offensive? I don’t regret any comment that I made because I didn’t lay PTSD at the foot of the president." (She did.) "If you have a specific quote, it allows the media to be credible if you guys would tell me exactly what you’re talking about."

Watch the entire interview below via "Today."