"I'm not going anywhere in fact this last set of dirty tricks has increased my resolve," Carson vowed to supporters 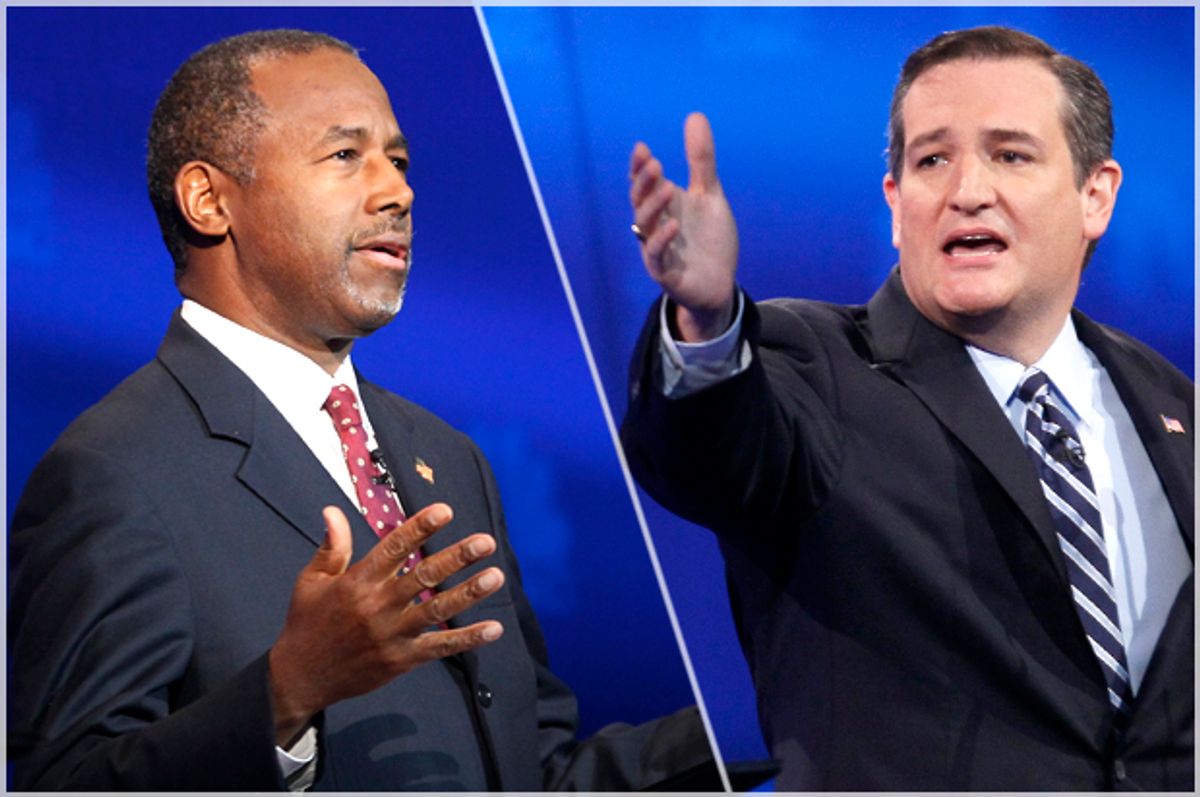 Ted Cruz may have been declared the winner of last night's Iowa caucuses early in the night, but his victory is not without controversy as Ben Carson is accusing Cruz's campaign of "dirty tricks" to question the legitimacy of his first place finish.

After finishing a disappointing, if not foreseeable, fourth place, Carson is now lashing out at a "rotten system" that rewards a candidate who engages in "political tricks" to win.

First, in an email to supporters after Cruz was declared the winner of the Republican Iowa caucuses, Carson complained that "for months, my campaign has survived the lies and dirty tricks from opponents who profess to to detest the games of the political class, but in reality are masters at it," never mentioning any rival campaign in particular. “Even tonight, my opponents resorted to political tricks by tweeting, texting and telling precinct captains that I had suspended my campaign – in some cases asking caucus goers to change their votes,” the email went on.

It appears as though Carson was reacting to a series of tweets by Cruz campaign co-chairman Rep. Steve King (R-IA) that misleadingly suggested Carson planned to drop out after Iowa. The tweet was sent at 7:20pm, when Iowans were already at caucus sites.

"I was reasonably happy today, until I, you know, discovered the dirty tricks going on — spreading rumors I had dropped out," Carson later told a crowd of supporters Monday.

King's tweet was in reference to reports from CNN and other outlets that Carson's plan to travel to Florida, not New Hampshire, following Monday's caucuses was an indication that he planned to leave the race. Carson campaign's senior communications strategist Jason Osborne did his best to correct the reporting but the narrative was already set for the night:

"I'm not going anywhere," Carson said on Monday. "This latest set of dirty tricks just intensifies my desire to work extremely hard to break down the ugliness in the system and bring it back to we the people."

"That's the reason I got into this race, looking at the level of deceit and distrust going on in country":

"We simply as a campaign what Ben Carson in his own words," Tyler said, defending King's tweets in an interview Tuesday morning.

Despite the Cruz's campaign denial, Carson amped up his complaints of dirty politics, invoking Joseph Stalin to warn of America's impending demise while addressing supporters:

It was Joseph Stalin who I guess put it very succinctly. He said, 'In order to destroy America … you have to undermine three principles: their spiritual life, their patriotism, and their morality. And he said, 'If you can undermine those things, America will collapse from within.' Well, we're within the process of collapsing from within if we continue to accept deceit and dirty tricks and lies. And people who do that are still viable candidates for president of the United States. And we accept it. That's the problem that's going on.

On "Fox & Friends" Tuesday morning, Carson reiterated his commitment to remaining in the race:

"I am by no means even thinking about throwing in the towel." -@realBenCarsonhttps://t.co/ihQqNU2dVH