Paul Begala is a brilliant strategist and longtime Clinton ally. As a CNN analyst, he has unfair rooting interest 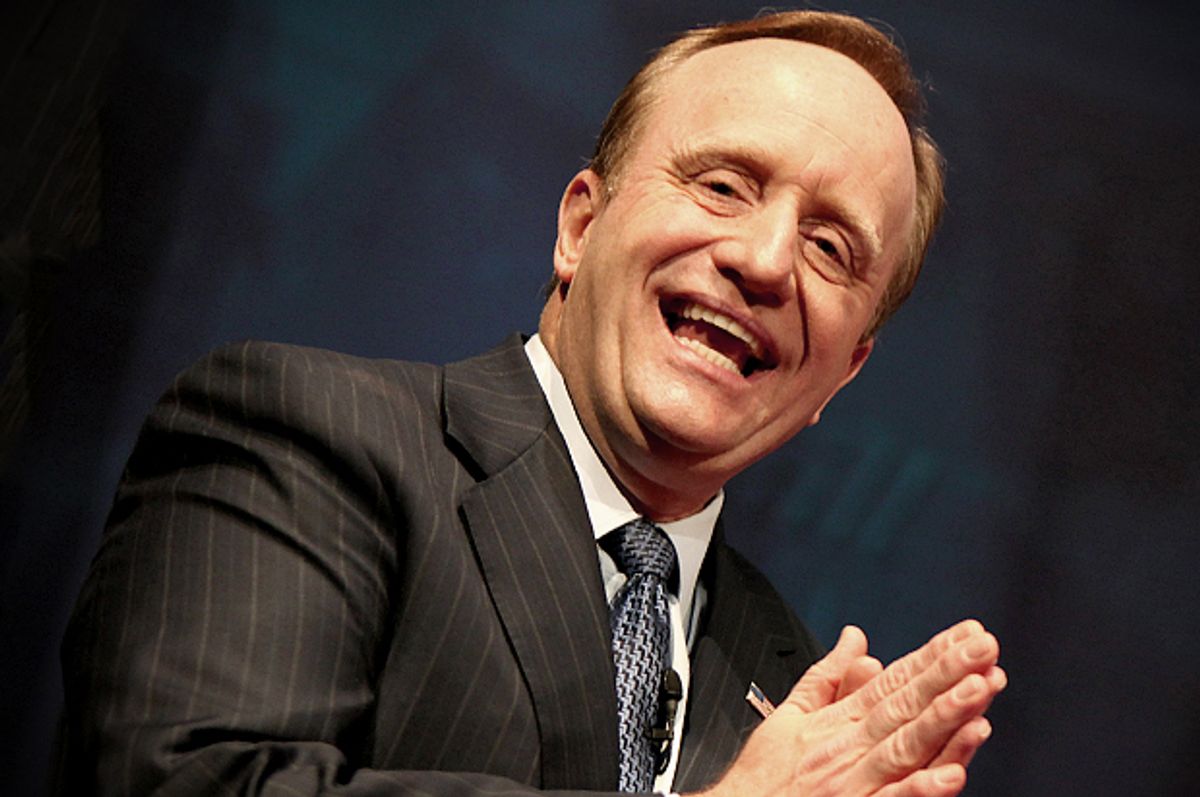 If you’re running for president, you couldn’t dream of anything better than having a longtime ally helping lead a major network’s news coverage the day of an election.

That’s just what Hillary Clinton got last night on CNN, where Clinton booster Paul Begala shot down, time and again, even the most tepid praise for Sen. Bernie Sanders. Sanders essentially finished tied with Clinton in the Iowa caucuses, trailing in the delegate count by the most narrow of margins. According to Begala, however -- who famously advised Bill Clinton during his presidency and got $220,000 from pro-Hillary super PAC Priorities USA Action -- the Bernie revolution is a total fiction.

At one point in the evening’s political marathon, panelist Van Jones -- a Princeton University professor and former adviser to President Barack Obama -- dared suggest that Sanders’s strong showing represented a left-wing uprising in the party. This is no pet theory: In endorsing Sanders for president last month, liberal magazine The Nation called for a “political revolution” in the Democratic Party, invoking the massive turnout among minorities and young people at Sanders rallies and assuring that “voters can trust Sanders because he doesn’t owe his political career to the financial overlords of the status quo.”

“There is a huge discontent within the party and the establishment doesn't want to deal with it,” Jones said. “If Bernie Sanders can get this close, they are saying there is pain in this party.”

Jones went on to credit Sanders for challenging Clinton with “no big donor and no super PAC” and compared his strong showing with that of underdog candidate Bill Bradley in 2000, who won just 35 percent of the vote in Iowa. Begala’s response? Nanny-nanny boo-boo Sanders lost, you have to win, and there’s no uprising.

“You have to win this ... In a two-person race, it’s close but no cigar,” Begala said before asserting “there’s no rebellion.”

Noting that the former secretary of state trailed Sanders a week ago (but not the commanding position Clinton held prior to that), Begala went on to compare Hillary to Republican candidate Ted Cruz, whose aggressive ground operation has been credited with handing him a win on the Republican side. It was a nifty piece of spin, at once playing down Hillary's inevitability while associating her not with the party establishment, but with Sanders' base among the fired-up grass-roots.

“Should those two win, it would be a testament to thousands and thousands of people who are not paid but come out because they believe in these candidates,” he said.

The point isn’t that talking heads can’t provide commentary, or that they have to be neutral -- no doubt CNN invited Begala as a counterweight to other voices on the panel who might favor Sanders. And to his credit, Anderson Cooper noted more than once that Begala was a Clinton supporter.

But that’s an understatement. Begala isn’t just a talking head who is leaning toward Clinton; he has worked directly for the political couple and now advises Hillary supporters on how she can win the race. He is the ultimate surrogate. Rather than provide a pro-Hillary counterpoint, he used a rhetorical sledgehammer to smash anything other than unqualified Clinton praise. At the very least, the network should pair the one-man Clinton lovefest with a Bernie volunteer on New Hampshire primary day.