For the second time in 8 years, the Democratic frontrunner underperformed. The ground is shifting beneath her feet 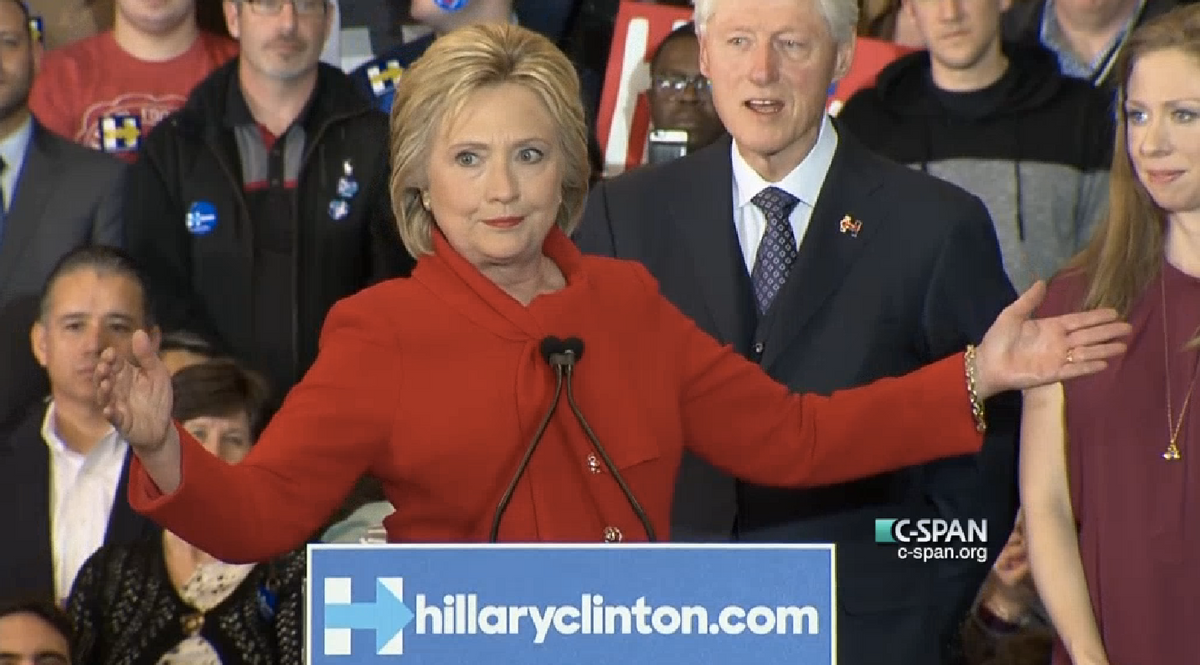 When Hillary Clinton stepped up to the microphone in the waning hours of Monday night, she called it an "incredible honor" to have campaigned in the state. But one suspects that if she had the option of wiping one place off the map it would be Iowa—the place where her presidential aspirations keep getting dragged down by voters unwilling to endorse her as much as she needs.

The Iowa caucuses are, by and large, a ridiculous affair, more about hazy notions of momentum and expectations than any real statement of what the broad American electorate thinks. That is how third-place Marco Rubio could be hailed as a triumphant winner on the GOP side—or how actual winner Ted Cruz could be given a huge political boost off the back of just 51,000 votes, which is roughly the equivalent of two New York City blocks.

Nevertheless, Iowa is the reality we all live with, and it has once more been cruel to Clinton. In 2008, she came in third, a harbinger of what was to come. On Monday, she watched as Bernie Sanders—a man who was virtually unknown to most of the country a year ago, a man who she was leading by 25 percent in state polls last September—fought her to a standstill and permanently erased what traces of inevitability she was still carrying around. As she rallied her troops, you could almost feel her wanting to shout, "again with this?!"

For Sanders, the results in Iowa cap a remarkable year. Whatever happens now, he has just performed a gravity-defying feat of political dexterity. He has enlisted a groundswell of grassroots support, and thoroughly defined the contours of the primary race, much more than Clinton has. That was evident in her speech, in which she declared, in Bernie-esque fashion, that "the status quo is not good enough." The speech was also entirely focused on the domestic issues that Sanders has embraced; there was no mention of ISIS here. For his part, Sanders was almost giddy as he bellowed out his stump speech to a rapturous crowd on the greatest night of his political life.

What happens next? Who knows. Sanders has a commanding lead in New Hampshire, which it's hard to see him giving up. After that, the campaign heads to Nevada and South Carolina, where the demographic profile of the electorate vastly shifts. Clinton is way up in both places, but polls change. It seems more likely than not that Sanders will ultimately be overwhelmed by Clinton; what is clear, though, is that the race is going to take much longer than just about anyone imagined.

There are going to be a million thinkpieces about why, exactly, Hillary Clinton has found herself in such a sticky spot. (How long she stays there is another matter.) I think that to really get what is going on, we have to look beyond the somewhat narrow confines of party politics. For all of his skill in outmaneuvering Clinton, in driving his message through, in sparking people's passions, Sanders is the beneficiary of forces beyond his, or Clinton's, control. Why has the Democratic Party been shifting left? It's not because of Bernie Sanders. It's because of Occupy Wall Street and Black Lives Matter, women's rights activists and climate change activists and immigrants rights activists and LGBT activists. As ever, it is the power of movements—of people pushing the boundaries, people going into the streets, people forcing the scope of discourse to open up and to move—that has trickled down into the political process. There were people waiting for Bernie Sanders. The best idea he ever had was to show up.