Donald Trump also has egg on his face today. "Which goes great with the hash browns on his head" 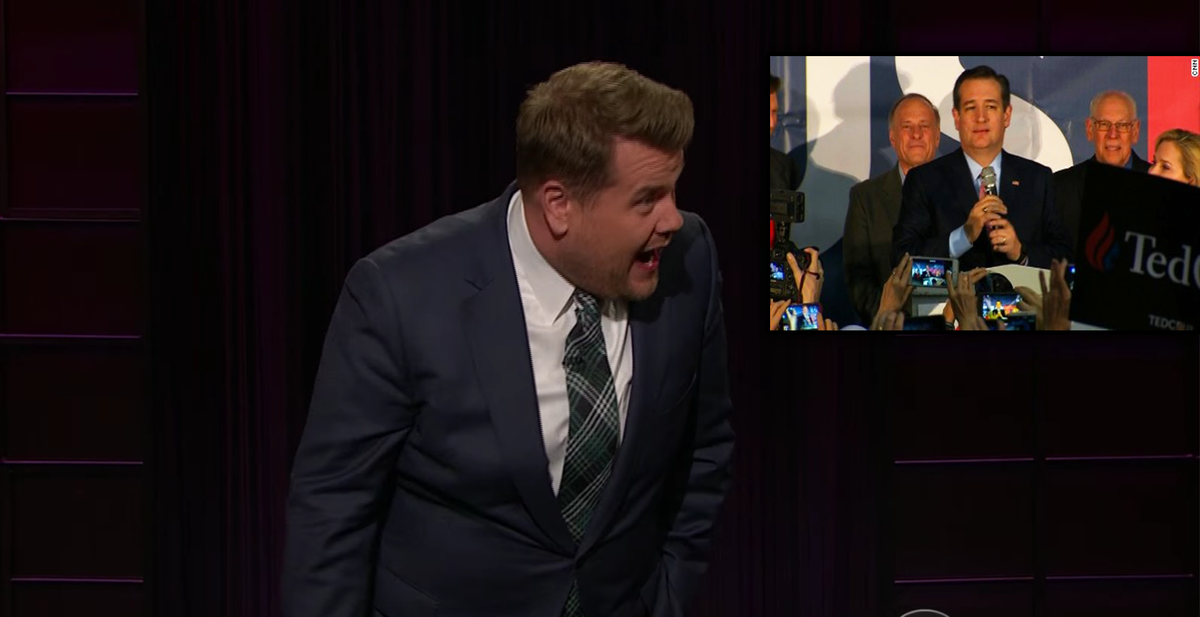 If you were watching the Iowa caucus speeches, your cable news station of choice likely cut out on Ted Cruz's speech. That's because it was an epically long 32-minute marathon . If you couldn't take it, you're not alone, but James Corden told his "Late Late Show" audience on Tuesday "31 of those minutes were people shouting 'Really? Him? We were kidding! I meant it as a joke!'"

But what about Trump? "He really has egg on his face," Corden said. "Which pairs nicely with the hashbrowns on top of his head." Someone unearthed a tweet that Trump sent out quoting some dude no one remembers saying that no one remembers coming in second.

“No one remembers who came in second.” – Walter Hagen

But the unsung hero of the Iowa Caucus wasn't Cruz or Clinton it was the kid that is now being known as #StickerBoy:

"Oh, to be a college kid again. Remember those days of putting stickers on your face, taking Molly and hitting the Iowa caucus?" Corden joked. People are calling the kid out for being an asshole but honestly if you put techno music on, everyone else looks stupid.