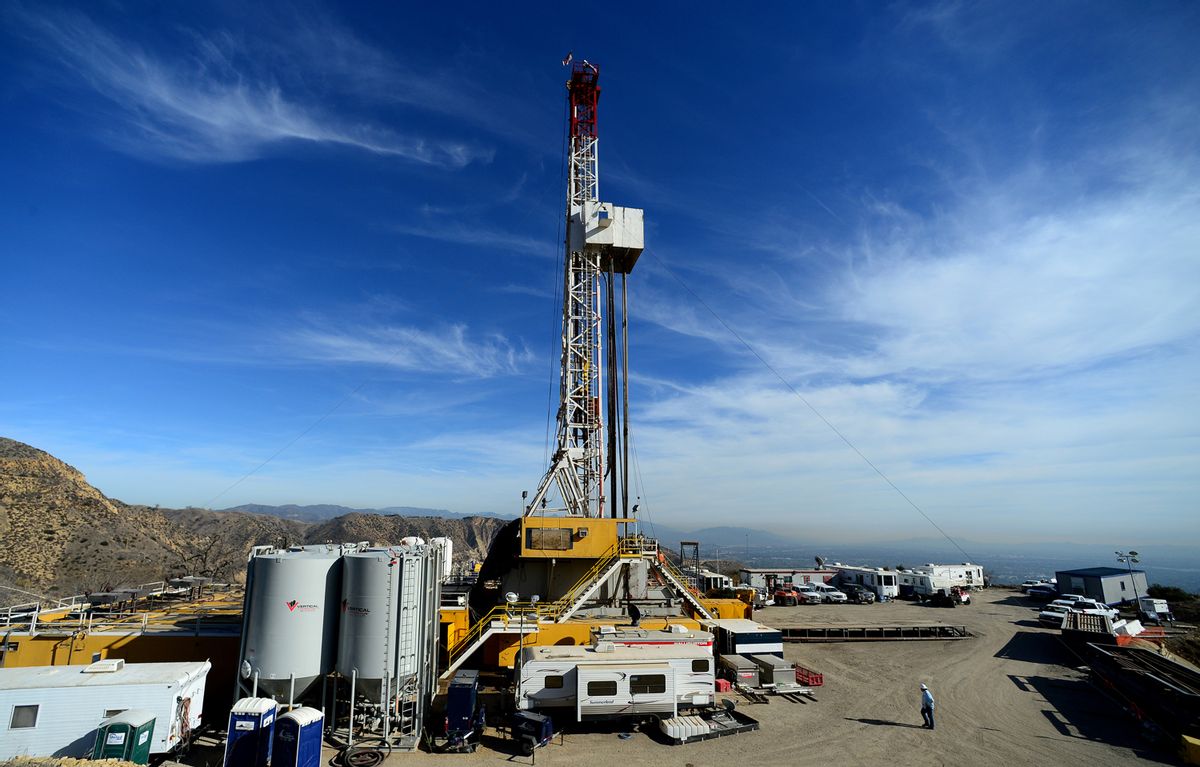 FILE - In this Dec. 9, 2015, file pool photo, crews work on a relief well at the Aliso Canyon facility above the Porter Ranch area of Los Angeles. In trying to reassure the public there's no long-term health risk from the leak, Southern California Gas Co. has said in news releases and FAQs on its website that since the crisis began, just two air samples briefly showed elevated concentrations of the substance. But a closer look at the online data by The Associated Press and outside experts actually shows that a dozen samples from the Porter Ranch community contained at least twice the amount of benzene that Southern California air regulators consider the normal background level. (Dean Musgrove/Los Angeles Daily News via AP, Pool, File) (AP)
--

Criminal charges have finally been filed in what some environmentalists have called the worst environmental disaster since the BP oil spill.

Thousands have been displaced from their homes in the Southern California community of Porter Ranch after a utility company's underground storage site sprung a leak last fall. The methane leak first reported on October 23, is from a Southern California Gas Co. natural gas storage storage site. At the height of the leak, 100,000 pounds of methane spewed out into the atmosphere per hour.

The gas leak is invisible to the naked eye but can be viewed with infrared cameras. Porter Ranch residents have complained of nosebleeds, nausea and headaches for months. The company, however, has said the leak does not pose an imminent threat to public safety. So far, SoCal Gas has relocated more than 4,500 households and plans to relocate another 3,400 others, according to a company spokesperson.

California Governor Jerry Brown has declared an emergency over the leak at the Aliso Canyon natural gas storage facility and California Senators Barbara Boxer and Dianne Feinstein have called for a federal investigation into the disaster.

On Tuesday, Los Angeles County prosecutor Jackie Lacy announced four misdemeanor charges filed against SoCal Gas. Three charges for allegedly failing to report the leak from October 23 to October 26, and one for discharging air contaminants. If convicted, SoCal Gas could face a fine of up to $25,000 a day “for each day it failed to notify the California Office of Emergency Services” and an additional $1,000 per day for air pollution violations.

The criminal charges come on the same day that California Attorney General Kamala Harris announced a civil lawsuit against the company for violations of the state health and safety code. As NPR notes, the company is also being sued by the city and county of Los Angeles; owners of businesses in Porter Ranch; residents of Porter Ranch; and the South Coast Air Quality Management District.