No, white people, you still can't say the N-word: That word belongs to black people and our culture now — not yours

I'm never offended when an African-American calls me the N-word—but from anyone else, it's not OK 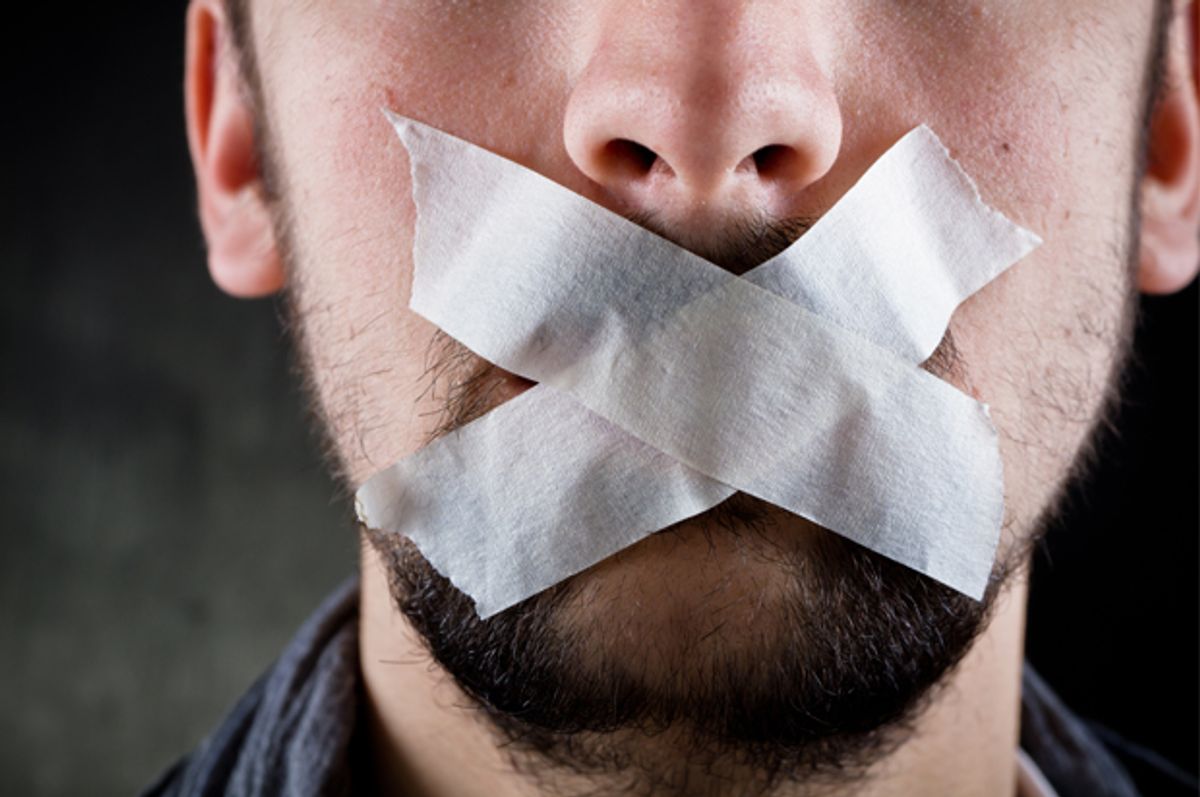 They attend Desert Vista high school in Phoenix. It was picture day, and a group of seniors wore black shirts with individual gold letters that spelled out "BEST *YOU'VE *EVER* SEEN* CLASS* OF*2016,” when arranged. While shooting, the six students mentioned slid to the side and begin taking their own pictures. The letters on their shirts spelled out NI**ER.

Someone posted the picture, shortly after — a media flurry followed, with testimonies from a diverse collection of offended and upset students. The image continued to circulate all over the world making it to me 30-plus times — three via text and the rest scattered on social media from various tweeters, ranging from rightfully infuriated black people to retweets from the cowardly troll accounts that champion racism.

My Apple dictionary app defines n***er as an offensive noun, a contemptuous term for a black or dark-skinned person. The usage portion goes on to explain that the word was used as an adjective denoting a black person as early as the 17th century and has long had strong offensive connotations. Today it remains one of the most racially offensive words in the language. Also referred to as "the N-word," it is sometimes used by black people in reference to other black people in a jocular or disparaging manner, or some variant in between.

Apple is only semi-right — primarily because the offense is based solely on who’s talking.

Way back when I was 6, my cousin Kevin was the best 9-year-old — to me — to ever wrap stubby fingers around a bat. He was greater than great, a lefty who slapped any and every type of pitch out of Ellwood Park. When purposely walked, Kevin had that Deion Sanders speed, quick enough to steal every base and slide home.

Those skills earned Kevin a slot on teams all over the city. Often, I’d tag along. On one of those bright days, Kev taking care of business as usual­­ — he slapped a few homers and snagged a few fly balls. Midway through the game, the pitcher beelined Kev with the ball, allowing him to walk to first. He stole second and third and then tried to gun for home plate. The catcher waved his mitt in Kev’s direction as he slid over the base. The umpire called out in what easily could’ve been a debatable call. Kevin and the back catcher exchanged words as he headed for the bench. The back catcher yelled, “This n***er is always cheating!”

Kevin snapped, spun around and tackled the catcher. From there he lunged a knee on the kid's torso, and whaled on his face until his mask popped off. It took two adults to pull him off. “You’ll never play in this league again!” a coach or parent yelled as we excited the park.

Kev, who called me his “favorite lil n***a” almost every day, stopped with intense eyes, a vein throbbed and parted his forehead into quadrants. “D, listen!” he squeezed my small shoulders. “If a white person ever call you a n***er, you better beat their ass, or I will beat your ass!”

From that day on, I knew n***er, n***a, n*g, or any of other variation of the term belonged to black people. As years passed, I gave the same speech to my younger siblings, little cousins and all of their friends.

The flip side is that we never really had to apply the rule. See, we’re from east Baltimore and never really interacted with whites other than some school teachers and housing police. The teachers never called us n***er, and we couldn’t whip the white officers who used the word, because they had guns, coupled with a license to kill.

College taught me that the word was originally a 15th-16th century Spanish-Portuguese word meaning black. By the 1800s the term had became a permanent fixture in American language. African slaves and free blacks alike were n***ers — bottom feeders, subhuman, the lowest of the low.

Back then, similar to now, blacks were taught to praise whiteness — white religions and gods, white traditions, white ideals. Those who subscribed adapted the word, and thus it entered our language with the same derogatory meaning, before we redefined and branded it as a term of love, hate, unity, connection, betrayal or whatever else we wanted to use it for. As the term became more and more forbidden to whites, we branded it more and more as our own. But is this even true? Is it a word created by white people with the purpose of identifying and degrading blacks? Any student of history or American culture knows our nation’s lust for controlling narratives and pushing perspectives that promote and glorify whiteness.

I never questioned what I learned in school about the origin of the word until I stumbled across a YouTube clip from 2007 of ESPN’s national spelling bee. Andrew Lay, a tiny “Home Alone” kid-looking sixth-grader from North Carolina approached the mic. The announcer challenged him to spell “negus.” Andrew swallowed his throat, and responded with a blank pause before requesting a repeat along with the definition and origin. Some people who look like they could be his parents gasp.

“Ethiopian to Amharic,” the announcer said. “A king, it’s used as the title of the sovereign of Ethiopia.”

Andrew froze, bit his lip and asked for a sentence.

The crowd applauded, confirming his correctness. Andrew fist pumped like Kobe after a game winner while heading back to his seat.

The same dictionary on my Mac defines "negus" as a ruler, or the supreme ruler of Ethiopia. The word’s origin dates back to the 14th century, far before n***er, which makes me question who created the word and if there is a connection between its African origin, the Portuguese version and the term that made it into the States.

I never feel offended when a black person calls me n***a or ni***er (accent and pronunciation based on the region they represent); however, I’m beyond offended when white people use the word — kind of how a veteran would feel if you pissed on an American flag and disrespected the Pentagon, and rightfully so. The N-word is our word, it’s a term only to be used between African Americans — it’s a part of our established culture.

There’s American culture, and then there are subcultures within American culture that need to be respected. I went to college with students from Asian cultures who told me that direct eye contact could be considered disrespectful. My grandma wanted you to take your hat off once you entered her home; many churches have the same rule. My writing teacher taught us that non-Jewish people calling Jewish people "Jews" could be offensive. I know Habesha families that require you to remove your shoes when you enter their place. The list goes on and on.

The fact is that white people need to get over it. They have no need to use the N-word — they aren’t culturally connected to it in a positive way, and it does nothing to enhance their journey, experience or wellbeing. The ones who use the word or flirt with its existence, like the silly girls in the picture, simply want conflict. It’s not their word, so they want to control it­––they want to cause a stir, offend or be a part of a culture that they can never fully understand. They use it as a trigger word and then run from it when people react in a negative way.

The people who mentor or teach the girls in that stupid photo — and indeed, those who mentor or teach all non-black kids who want to play around with this word — need to do more than explain why their action was culturally insensitive. They need to teach them how rough it can be for women in this country and let them know that they may need their perspective considered one day, because one day they could easily end up on the wrong side of discrimination, too.