The failure of Rand Paul, once the fresh voice of the party, is a sad commentary on the state of the GOP 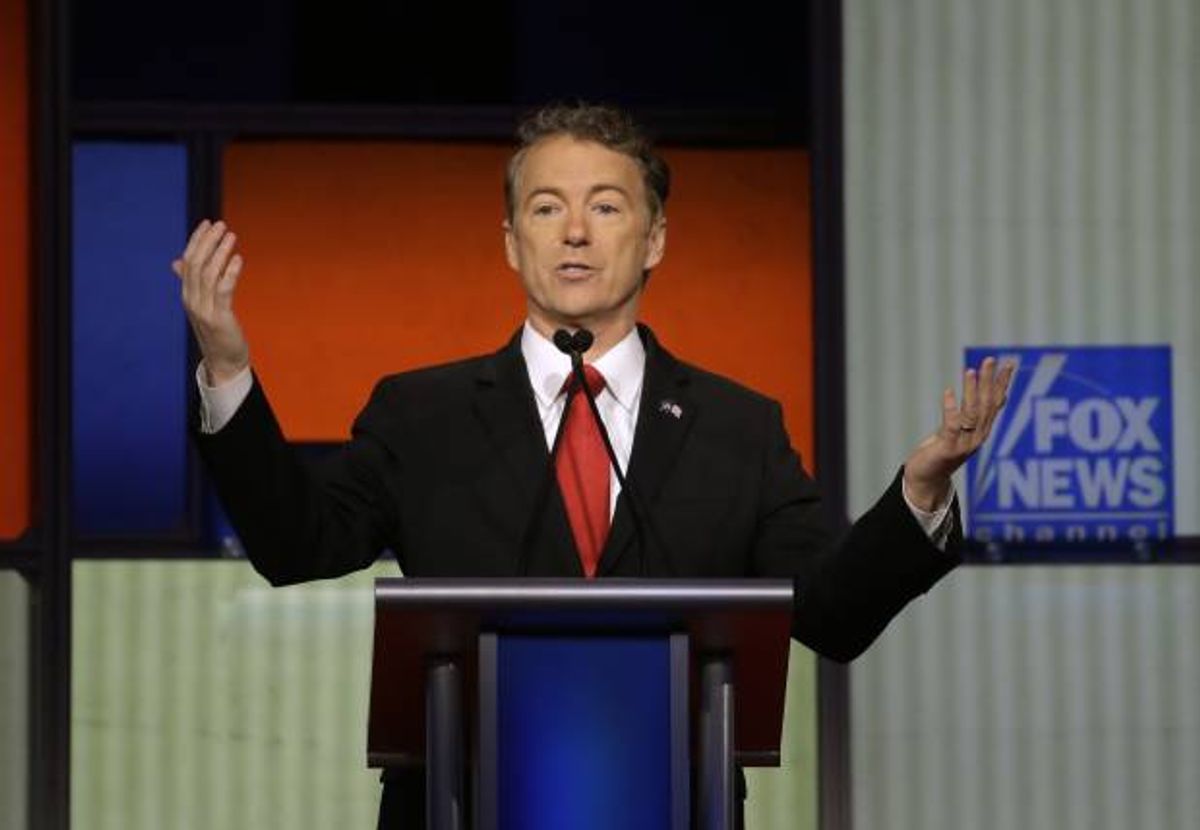 Rand Paul has dropped out of the Republican presidential race. In a statement released Wednesday morning, the Kentucky senator vowed to continue spreading his libertarian gospel long after 2016:

“It’s been an incredible honor to run a principled campaign for the White House. Today, I will end where I began, ready and willing to fight for the cause of Liberty. Across the country thousands upon thousands of young people flocked to our message of limited government, privacy, criminal justice reform and a reasonable foreign policy. Brushfires of Liberty were ignited, and those will carry on, as will I. Although, today I will suspend my campaign for President, the fight is far from over. I will continue to carry the torch for Liberty in the United States Senate…”

Paul’s announcement is mildly disappointing, but it’s not unexpected. The only libertarian running, Paul was never able to gain any traction with Republican primary voters. Despite compromising his libertarian principles on the abortion issue, social conservatives refused to countenance Paul. If anything, his awkward attempts to placate the base of the party alienated his only true constituency in the GOP.

In any case, Paul’s failure is a sad commentary on the state of the Republican Party. Paul’s a flawed candidate to be sure, but he was once thought the face of a new, less reactionary GOP. He was going to continue the movement his father, Ron Paul, began, a movement that energized young voters across the country.

Ron Paul had a message that resonated, but he was old, cranky, and unpolished. Rand was a fresh face who could adapt classical libertarianism to the political realities of 2016: He attacked our racist criminal justice system and called for reform; he was a free-market populist who wasn’t a complete shill for Big Business; he was one of the few Republicans willing to condemn torture; and he was a consistent defender of civil liberties, which is astoundingly rare in today’s GOP.

To his credit, Paul also represented a corrective to the Republican Party’s suicidally hawkish foreign policy. Consider his opening statement from one of the presidential debates this year:

“The question is, how do we keep America safe from terrorism? Trump says we ought to close that Internet thing. The question really is, what does he mean by that? Like they do in North Korea? Like they do in China? Rubio says we should collect all Americans’ records all of the time. The Constitution says otherwise. I think they’re both wrong. I think we defeat terrorism by showing them that we do not fear them. I think if we ban certain religions, if we censor the Internet, I think that at that point the terrorists will have won. Regime change hasn’t won. Toppling secular dictators in the Middle East has only led to chaos and the rise of radical Islam. I think if we want to defeat terrorism, I think if we truly are sincere about defeating terrorism, we need to quit arming the allies of ISIS. If we want to defeat terrorism, the boots on the ground — the boots on the ground need to be Arab boots on the ground. As commander-in-chief, I will do whatever it takes to defend America. But in defending America, we cannot lose what America stands for. Today is the Bill of Rights’ anniversary. I hope we will remember that and cherish that in the fight on terrorism.”

As I wrote at the time, this isn’t a heroic proclamation, but it’s honest and grounded in recent history. It’s also something you wouldn’t hear from the other Republican candidates, because none of them acknowledge that the last fifteen years happened. Paul wasn’t married to neoconservative narratives about American exceptionalism, however, and he rejected reckless defense spending and corporate welfare programs – no other prominent Republican is consistent enough to do this.

In the end, though, Paul’s triangulating got the better of him. His libertarianism was always tempered by his desire to please mainstream Republicans, which he was never able to do. But it’s likely that Paul would have failed no matter what he did. The party has surrendered to the base, to social regressives and religious lunatics. Unless Paul was willing to embrace the xenophobia and theocratic urges on the Right, his campaign was doomed from the start.

As Marco Rubio is showing, only a shameless panderer can survive the crucible of the Republican primary. Paul was doubtless a compromiser, but he had just enough integrity to remove himself from contention. His loss, while far from tragic, is yet another reminder that there's no place in today's GOP for sane conservative voices.