Why we're still fascinated with the O.J. Simpson trial: "The basic centrality of race in America hasn’t changed"

Salon speaks to a UCLA sociologist about "The People v. O.J." and why blacks and whites see the case differently 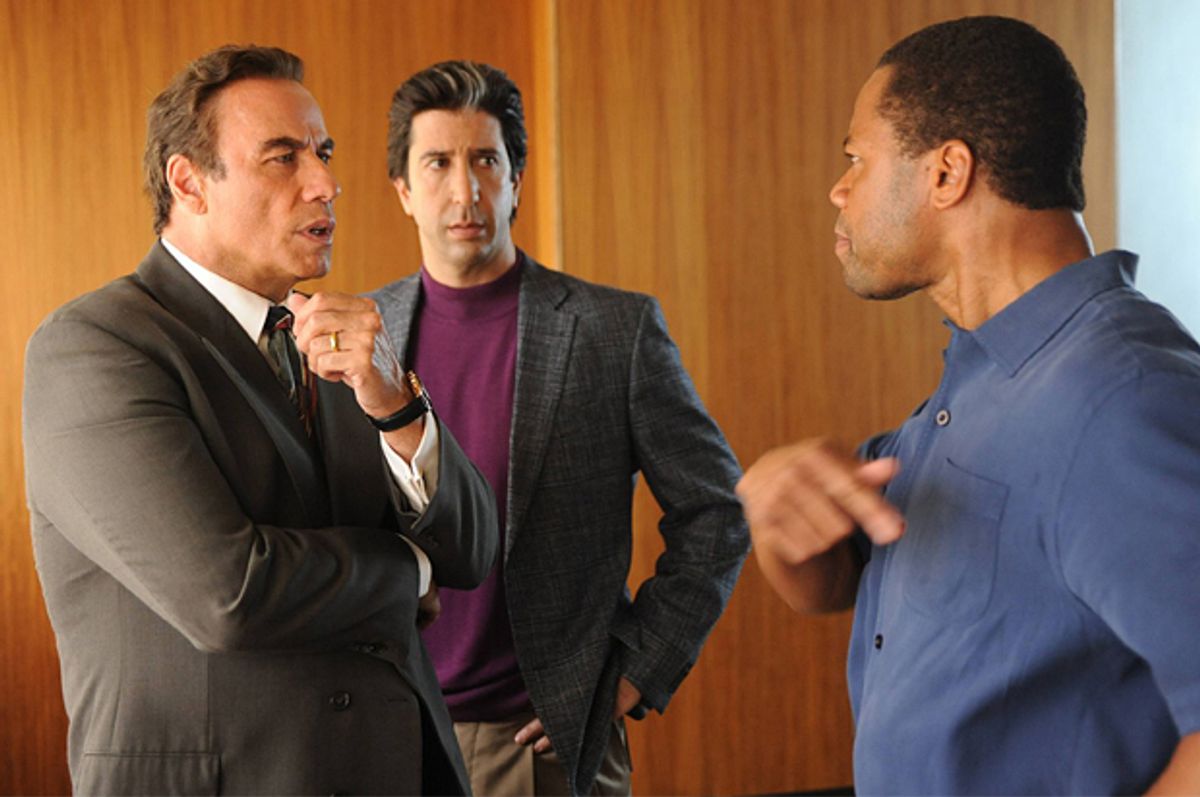 The Simpson case was about a lot of things: Celebrity, violence against women, the legal system, wealth. And the initial episode of the miniseries opens with tapes of the Rodney King beating, making clear the centrality of race to the trial with two white victims, an Asian judge and a black suspect. It raises the question: Do people of different races see the same trial, or are perceptions of it impossible to bring into focus?

We spoke to Darnell Hunt, a UCLA sociology professor and the author of “O. J. Simpson Facts and Fictions: News Rituals in the Construction of Reality,” which grew out of numerous interviews and may have got him as close to the case as anyone who was not in the courtroom.

Hunt spoke about the miniseries, the actual trial, Black Lives Matter, and the contradictions of black celebrity. The interview has been lightly edited for clarity.

How closely did “The People v. O.J. Simpson” match your memories? Did it work for you, as someone who lived through and studied the case while it was happening?

It’s funny, it really took me back. It’s hard to believe it’s been 21 years since the trial and 22 years since the murder. It was a pretty faithful reproduction of the scene. A lot of the landmarks aren’t there anymore. The O.J. Simpson home was demolished when someone bought it, the front of Nicole Brown Simpson’s place was completely remodeled, and they were able to reproduce the way it looked in 1994. I was pretty close to the case; I visited the places, did a lot of research, spoke to a lot of people … I’ve only seen one episode, but it captures the feeling of the moment.

Did the trial create a nation in which black people and white people saw things differently, or was the United States already set up that way?

That was the central question of my book. I argue in the end that the case brought to the surface underlying differences, underlying perspectives, different takes on reality that had been there all along. It was less, “What did the case do to race in America?” and more, “What did race in America do to the case?”

The series does a decent job on this. It opens with the Rodney King beating. If there was ever a case that exposed racial disparities and racial differences in perspectives in America, that was it. It led to the L.A. uprisings of 1992, and the Simpson case came on the heels of that. So the divide was already there, especially in the way people viewed law enforcement.

Black people had plenty of reason to distrust the justice system and the Rodney King case fueled their frustration. What did the Simpson trial do to those simmering bad feelings?

I argue in my book that there were four political projects that were central to the case. One of them was what I called the “Just Us” project – that feeling among African-Americans that the criminal justice system singles us out for various kinds of mistreatment – whether racial profiling or railroading in the courtroom. All those things were sensitive in that historical moment because of what had just happened a couple years earlier.

For part of my study, I followed two different groups – one white, one black -- during the prosecution. And I followed up with them again to see to what extent, if any, their views had changed. What I found was that their views hardened as more evidence came out in the case. What it showed is that evidence is always filtered through our perspectives. It’s a product of our experiences. There are different black and white experiences in America, that predispose different types of viewers to perceive the case in different ways. Race was an absolutely central axis in that process.

Did you find that it became hard for people to even talk about the case across racial lines because they saw things so differently?

I remember from that period a lot of guarded conversation about the case. There were lots of assumptions made on both sides about what other people thought or believed, and that made it difficult to have a meaningful dialogue along racial lines. The case signified different things to different people.

It was about race, but there was the whole celebrity question, and whether or not celebrities are able to buy their freedom. Whether his “dream team” would be able to get him off. There was the huge issue of domestic violence.

How did women see the case differently?

That was one of the great lessons of the case. Marcia Clark, the lead prosecutor in the case, did a relatively good job of fleshing out my understanding of her as a person. She basically assumed she’d get a conviction. She figured, “I’ll win black women over, I’ll put them on the jury, and they’ll give me a conviction.”

But where she erred was that black women did not want to appear as victims. So they didn’t give Nicole Brown Simpson victim status. And given the racial dynamics -- white woman/black man – there were other issues that complicated what Marcia Clark thought was an open-and-shut case. It would have been better if she’d put black men on the jury, or any other group besides black women.

So there were interesting interactions between race and gender as far as how people saw this and how the case played out.

Have white and black perspectives come together since the Simpson case? Diverged even more?

It would be interesting to see a contemporary poll today. At the very beginning of the trial, most people hadn’t made up their minds about his innocence and guilt. However, if you looked at those who felt like he was probably guilty or probably innocent, there were pretty major racial differences between blacks and whites, having to do with the age-old differences they had with the criminal justice system.

And then as the polls continued into the case, the differences became bigger. You’d think they’d become smaller as more evidence came out, but people are interpreting evidence in different ways, and it’s more or less reinforcing their prior thoughts.

So the basic centrality of race in America hasn’t changed. We’re still dealing with racial profiling and the cases that led to the Black Lives Matter movement. So clearly race hasn’t gone away.

It would be very interesting for me to see, 21 and 22 years later, how resonant this case still is. It must be if they’re making a show on it. But I have [students] born after the O.J. Simpson case who aren’t that aware of it. They’re much more aware of Rodney King. It would be interesting to see how younger generations interpret the case, who maybe weren’t around in that period. They’re dealing with contemporary manifestations of race.

Class and celebrity change the picture too, don’t they?

One of the things we do know is that class and education can only inoculate you so much, if you’re African-American, from the disparities that exist in the system. This is a common observation – people think they’re above race until they confront the criminal justice system and then they realize they’re still black.

Until something happens. Michael Jackson is another example. He almost physically transcended race – his color changes, he becomes this global pop icon in a way that avoided [racial] labels. Until he runs afoul of the law and suddenly the racial issues start to creep back in.

Celebrity, like wealth and fame, inoculate you to a degree. But if the conditions are right, the underlying dynamics of American society reassert themselves. And race is one of those.

Obama is another great example. He wins the Iowa caucuses, goes on to shock everyone by winning the nomination. And actually wins the election. So you think, he has somehow overcome race. Most people of my generation and before, never in our wildest dreams did we think we could elect a black president. But then he becomes president, he’s the target of all kinds of disrespect on the floor of the Congress … race comes back in despite the achievement. He doesn’t even escape race.

It was really, for me, about the ways people determine what they think they know, and how narratives around race, gender and other things affect that. It was an interesting moment in American history … It’s telling that we’re still talking about it 20-some years later.