When even Jimmy Fallon gets sharper and starts piling on, there's trouble... 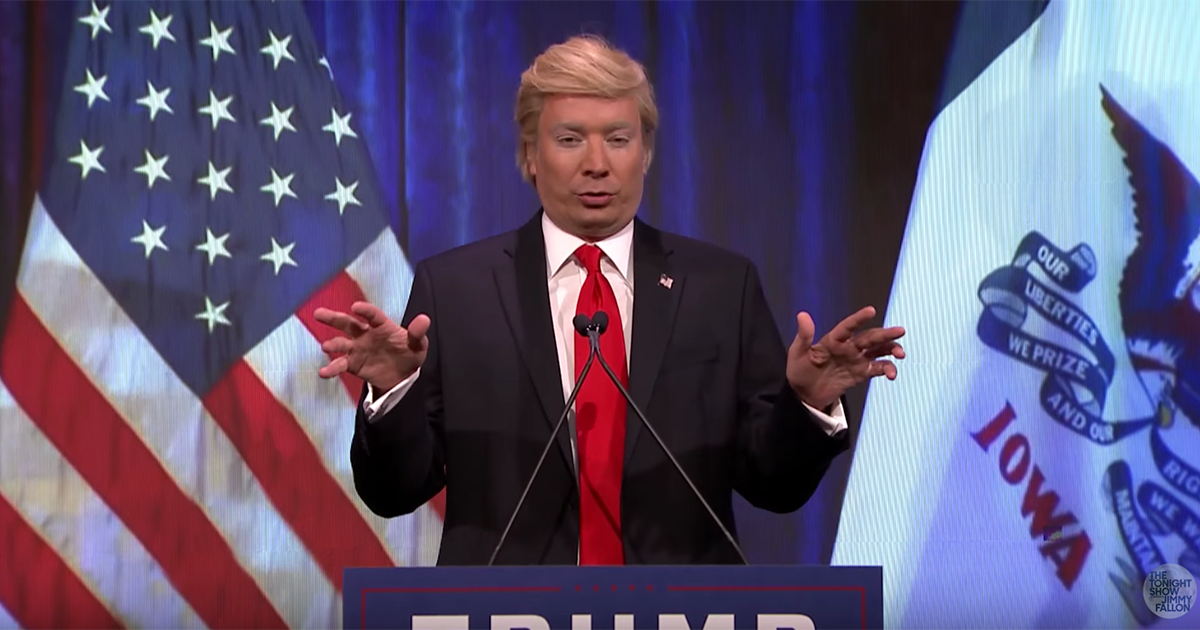 So Trump finished second, but for him the second verse is the same as the first. That's probably why Jimmy Fallon had to poke some fun at The Donald on Wednesday night's "Tonight Show."

Donning his big orange wig and signature red tie, Fallon explained that the "J" in Donald J. Trump stands for "genius." "I'm here tonight, because the people of Iowa have named me the winner and champion of second place," Fallon mocked. The logic? "Two is bigger than one," and "One plus one is two, so basically I won twice."

Here are some other reasons that Donald Trump can come up with that two is better than one: