Jimmy Kimmel has made an ad for Jeb Bush. He rushes it out, as who knows how many days that campaign has left... 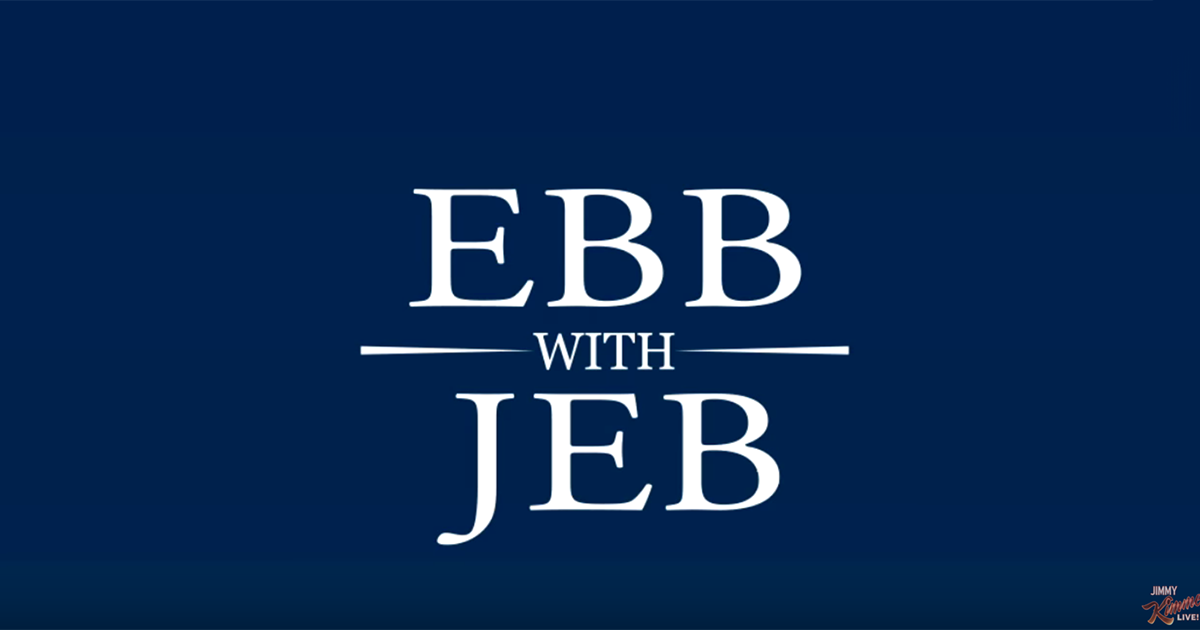 Jimmy Kimmel has a hilarious new ad he made for the Bush campaign that he played on Wednesday's show. Since Rand Paul is no longer in the race, and finished fifth in Iowa and Jeb Bush finished sixth, Jeb is dying for Rand's voters.

"Rand Paul has ended his campaign," the ad began. "But his supporters are not forgotten. Jeb Bush! Jeb's still running. And he desperately needs your vote. If we join forces, who knows, we might just make it to fourth place! You can't 'Stand With Rand' but you can 'Ebb With Jeb!'"