Susan Sarandon shuts down Piers Morgan: Her response to his cleavage-shaming is perfect 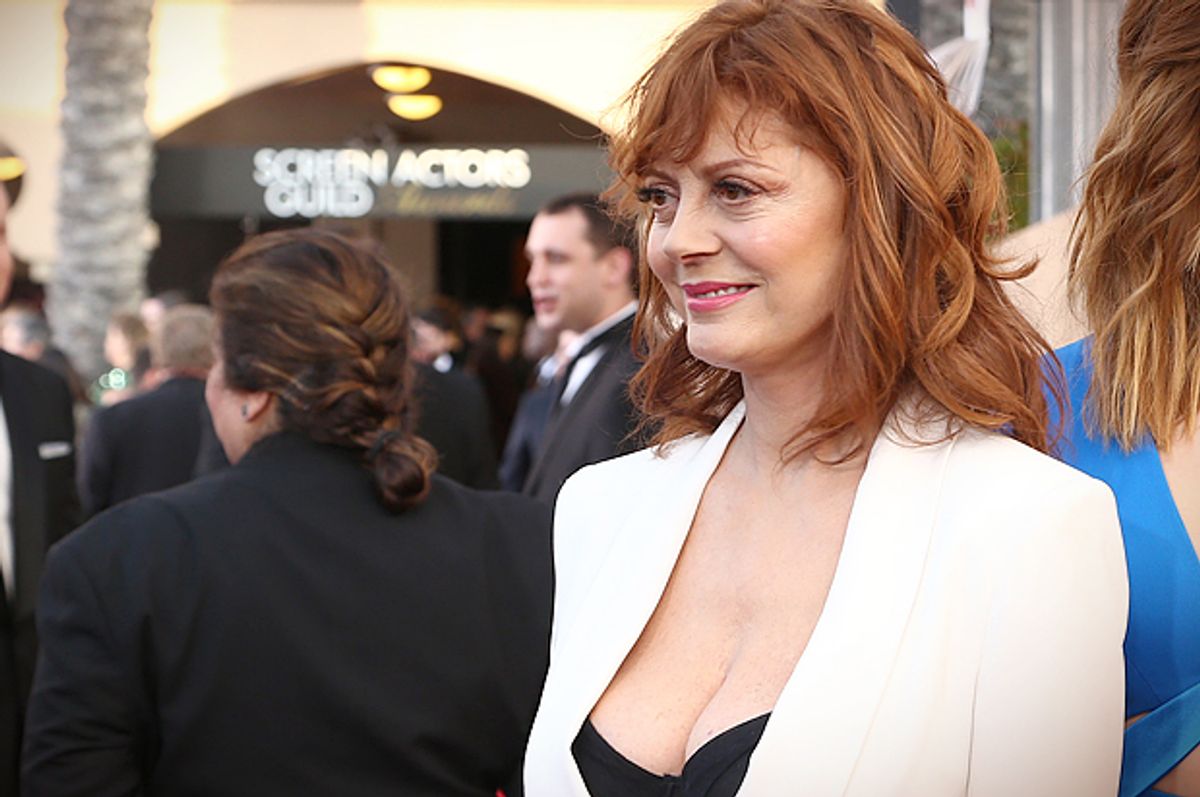 After Susan Sarandon's stunning SAG Awards outfit — a white Max Mara suit with a visible black bra showcasing her cleavage — caused a stir during Saturday night's show, self-styled decency expert Piers Morgan decried Sarandon's sartorial choice as "very tacky" and then proceeded to castigate her for days after the event.

Well, who hasn't gotten dressed for a red carpet event only to pause in the mirror first and ask herself, "What would Piers Morgan think?" Maybe his fashion philosophy is the opposite of Coco Chanel's — before you walk out the door every day, put one more layer on.

Because Susan Sarandon is a lady — and a wickedly funny one at that — she has not responded with the patented Abbi and Ilana two-finger salute, preferring to focus on tweeting about the Democrat presidential race (she's #FeelingtheBern). But today, she broke her silence with (say it with me!) One Perfect Tweet. Witness the perfection:

Never forget who you're messing with, Morgan — Janet's tangled with stranger creatures than you.