Four years after he was brutally gunned down, conservatives are still eager to blame Martin for his own death 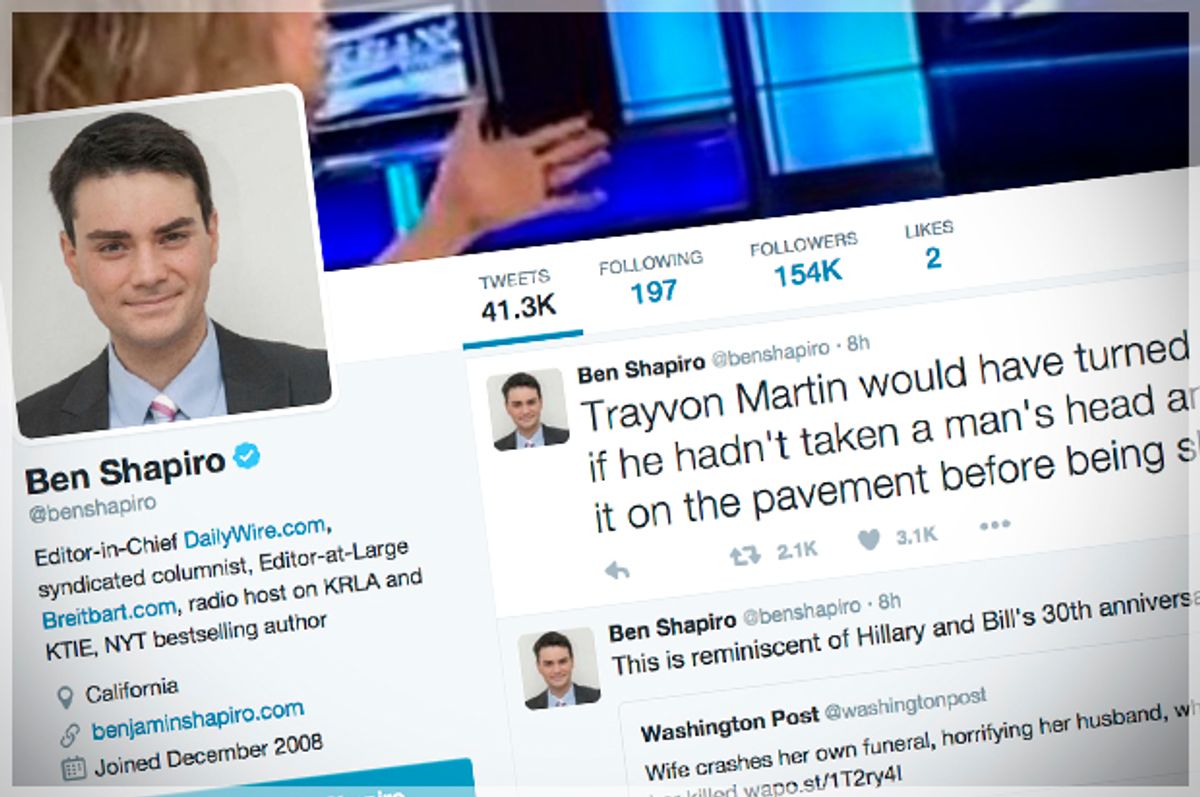 Trayvon Martin would have turned 21 on Friday had he not been shot and killed in 2012, at age 17, by George Zimmerman. Martin’s death and subsequent backlash sparked the Black Lives Matters movement.

Unfortunately, another byproduct of the movement is its gun-toting, chest-thumping, right-wing critics who still champion the acquitted Zimmerman — despite his unending shittiness — as poster child for their cause.

Regardless of where one stands on Black Lives Matter or stand-your-ground laws, any sympathetic human person should be able to recognize the inherent tragedy in the killing of a teenager.

Or, if that's too much to ask, maybe just shut up and take a long nap on what would be the victim's birthday?